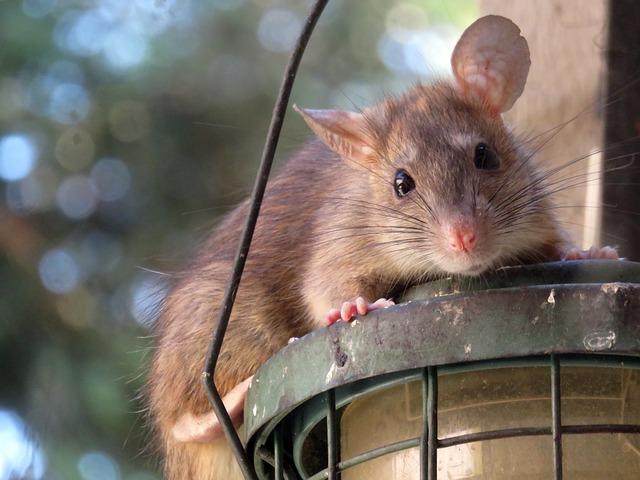 This week on Ether Game, it's a nine-part pest parade! Browse our playlist from "Varmints and Vermin," our show about musical rats, flies and more.

Franz Liszt (1811-1886) Hungarian Rhapsody No. 2 in d (orch.) Towards the end of 1832, Liszt was introduced to Countess Marie d’Agoult, the woman who was to become his lover, bear him three children, and share his life for the next 12 years. When Liszt met her, the married Marie was living an independent life. At first Liszt and Marie took pains to keep their liaison secret. Throughout 1833 and 1834 they arranged various trysts – sometimes at his cramped bachelor apartment in Paris, which they jokingly referred to as the “Ratzenloch” or “Rat-hole.” The fact that they were apart for much of this time generated a clandestine correspondence which provides clear evidence of the turbulent nature of the relationship.

George Frideric Handel (1685-1759) Israel in Egypt: Exodus: Chorus: He Spake the Word In the 1730s, Handel went from being the leading voice of Italian opera in London to being a composer of immensely popular English-language oratorios. This transition, however, was not all smooth. Although Israel in Egypt wasn’t Handel’s first oratorio, it was the first to be set entirely to a biblical text, taken from the book of EXODUS by future “Messiah” collaborator Charles Jennens. It was also Handel’s first oratorio to feature an important role for the chorus. The audience wasn’t sure what to make of it at first, and Handel put the work through countless revisions throughout his remaining years. Israel in Egypt features some of Handel’s most colorful writing—particularly when God rains various plagues upon the Egyptians and the music cleverly depicts buzzing locusts and leaping frogs.

Dmitri Shostakovich (1906-1975) The Gadfly, Op. 97: Romance & Folk Feast: Shostokovich began composing film scores in 1929, and when the genre turned out to be quite lucrative for him, he never stopped working on film music until his death in 1975. Shostakovich was signed on to the film The Gadfly in 1954, replacing Aram Khachaturian, who had dropped out due to illness. Based on a novel by Ethel Voynich that was extremely popular in the Soviet Union, the film depicts the struggle of Italian rebels leading the underground movement against Austrian invasion. The film follows the main character Arthur’s fall into disillusionment, emerging as a legendary revolutionary called Gadfly.  Production of The Gadfly was plagued by issues and had already stalled for 2 years, and it was thought Shostokovich could produce a score with some urgency. In the end, The Gadfly would be his most popular film music due to the success of his orchestral suite made from musical excerpts. It would also be the only music Shostokovich would write that year, as he was dealing with many personal tragedies including the death of his wife and mother.

Ralph Vaughan Williams (1872-1958) The Wasps: Overture The Wasps is a comedy from around 422 B.C. by Aristophanes. In this political satire, Aristophanes pokes fun at the Athenian jury system. These juries often contained 500 people or more, mostly older men with no other means of support. These jurors resembled wasps because they were crowded together like wasps in a nest and were quick to anger and hurt those they disliked. In 1909, Trinity College in Cambridge put on production of the play, and Vaughan Williams was tasked with writing this buzzing incidental music. After The Wasps, Vaughan Williams continued writing incidental music and within a few years he composed music for three more ancient Greek plays: The Bacchae, Electra, and Iphigenia in Tauris.

Béla Bartók (1881-1945) Mikrokosmos: Book VI From the Diary of a Fly, Divided Arpeggios One month after Germany’s annexation of Austria in March 1938, Bartók became concerned that Hungary would also fall.  He began sending his manuscripts out of the country so that they would be preserved.  Despite the political tensions of 1939, Bartók completed some notable pieces, including the last book of the Mikrokosmos series, from which the music we just heard comes, his Sixth String Quartet, and the Divertimento for strings. For his Diary of a Fly, Bartók heard the buzzing and movement of a fly as it is caught in a spider’s web and used it as inspiration for a chromatic exercise. After the passing of his mother, Bartok felt free to emigrate to America, and finally arrived here in 1940. The States were not his first, he originally planned to move to Turkey, where he had spent years collecting folk songs.

Benjamin Britten (1913-1976) Our Hunting Fathers, Op. 8: II. Rats Away Although he’d composed from early childhood, Britten often referred to “Our Hunting Fathers,” as “his real opus one.” He was 23 years old when he wrote it, and the song cycle also marked his first collaboration with English poet W. H. Auden, who would become an important friend and artistic partner throughout his life. Auden wrote the texts to the work’s prologue and epilogue, and adapted the remaining poems. This may be one of the few musical works about hunting that vilifies rather than glorifies the sport. It grew out of a piece he wrote in his youth about animals, and evolved into an allegory on the brutality of the bloodsport leading directly to the horrors of war. Both Britten and Auden had pacifist tendencies, and there’s no doubt that the looming European war in the 1930s contributed to the creation of this anti-war song cycle.

Ruth Crawford Seeger (1901-1953) Three Songs: Rat Riddles After her studies at the American Conservatory of Music in Chicago, Ruth Crawford Seeger was the first woman to receive the prestigious Guggenheim Fellowship and went to Berlin to further her studies as a composer. Her musical style was heavily influenced by the music of Alexander Scriabin as well as her teacher-then-husband Charles Seeger’s dissonant counterpoint. Seeger was also an avid researcher and arranger of American folk music and no doubt influenced her step-son, the well known folk singer Pete Seeger. Her setting of three poems by Carl Sandburg is a bold work for a unique combination of two independent ensembles. Voice, oboe, percussion and piano form a group of soloists who are in turn accompanied by a larger group of 13 instrumentalists. They play an orchestral ostinato while being situated as far from the soloists as possible.

Joseph Bodin de Boismortier (1689-1755) La Puse (The Flea) French composer Joseph Baudin de Boismortier was very prolific and financially successful.  He wrote many pieces for amateurs and pedagogical works, and as the first French composer to compose concertos, his output included a large number of concertos for various instruments. The broad appeal of Boismortier’s music made for good business, and he was able to make a living from the publication and sale of his music. While not an accomplished harpsichord player himself, Boismoitier had a good understanding of French instrumental music, particularly the dance suite, and knew how to best incorporate little characteristic effects which were very fashionable at the time. This included little dexterous flairs which corresponded with evocative titles, usually describing a mood, a kind of character or even a specific thing, such as a flea. Translated titles of other pieces in his keyboard suites include The Imperious, The Bellicose, The Frenetic, The Velvety, and even Like a Toad.

James Brown (1933-2006) I Got Ants in My Pants (and I Wanna Dance) Brown maintained a grueling touring schedule for 50 years, sometimes performing upwards of 330 shows per year. His shows were long and intense, and he demanded absolute perfection from the members of his backing groups THE FAMOUS FLAMES and later THE J.B.’S. Brown would dance, sweat, and scream his way through his set on stage, and famously, he worked himself into such a fervor that the emcee would cover the exhausted Brown with a cape and escort him off stage. Of course, in dramatic fashion, Brown would throw off the cape, run back onto the stage to keep the show going. The same intensity was devoted to his recording career, often recording multiple singles and albums in one year. In 1972, he recorded two albums with the J.B.s and recorded the single I Got Ants in My Pants, which was never recut for an album. Brown would eventually record 17 singles that charted at number one. He also holds the record for the most singles to make the Billboard Top 100 and not reach number one.