Under the Big Top: Ether Game 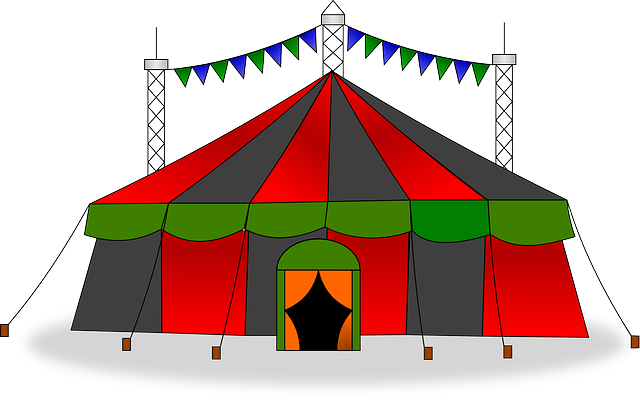 From Bouffons to Pierrot to Pagliacci to Les Comedians, we become classical clowns this week with a quiz about the circus arts in classical music.

Antonín Dvorák (1841-1904) Carnival Overture, Op. 92 When Antonin Dvorak was fifty years old, he had a grand idea: to create a triptych of overtures dedicated to a trio of lofty concepts—Nature, Life, and Love. Eventually, the idea for one large opus was abandoned and he separated these into three separate opus numbers, with different titles. “Nature” became his op. 91 overture called In Nature's Realm. “Life” became this overture, the “Carnival Overture,” a work that explores the communion of people in celebration and merriment. “Love,” the final overture, became known as Othello, named after the tragic Shakespearean character who “loved not wisely, but too well.” Today, the exuberant “Carnival Overture” is the only one that’s performed with any frequency.

Ruggero Leoncavallo (1857-1919) I Pagliacci: Vesti la giubba Pagliacci is often considered the consummate example of verismo, a late-nineteenth century style of opera that emphasized extreme realism. The characters in verismo are of lowly social position, in particular students, actors, and prostitutes, and they react to crises in an irrational and often violent manner. Leoncavallo went so far as to assert that his 1892 opera about a clown, who murders his unfaithful wife in mid-performance, was based on a real-life crime trial in his home town of Montalto, Italy. This claim is not necessarily untrue, but should also be taken with a grain of salt. Plots about lowlifes and violent revenge were very popular in the late-nineteenth century. In the opera’s climactic moments, Canio, the clown, stabs Nedda, his real-life wife, and Silvio, her real-life lover, to death before crying out that the comedy is ended.

Ottorino Respighi (1879-1936) Feste romane [Roman Festivals] Although the great tradition of Italian opera tends to dominate the country’s musical life, the city of Rome has always served as an important center for an alternate tradition of Italian instrumental music, such as the three “Roman” tone poems of Ottorino Respighi. While the first two works are more pastoral, depicting FOUNTAINS and landscapes with pine trees, the final work is both more boisterous and more brutal. This section depicts the “gaming” center of the ancient world: the Circus Maximus, home of the famed gladiatorial sports, where man fought man, beast fought beast, and more than a few social “undesirables” were turned into lion food. The pomp and pageantry of works like this probably attracted the admiration of one of Respighi’s most high-placed admirers, Fascist dictator Benito Mussolini.

Nicolai Rimsky-Korsakov (1844-1908) The Snow Maiden: Dance of the Tumblers The Fairy Tale was a literary genre that Rimsky-Korsakov returned to several times during his career. For his 1882 opera “The Snow Maiden,” the composer set the work of popular playwright Alexander Ostrovsky. Ostrovsky’s play was an attractive musical source, as several songs and dances were specifically written into the text. Nearly a decade earlier, Tchaikovsky had written incidental music for a production. Rimsky-Korsakov, on the other hand, condensed the plot, but otherwise used Ostrovsky’s text unaltered. The opera is full of colorful spectacle and musical experimentation, as well as several instrumental interludes which the composer later assembled into a suite, including the well-known Dance of the Tumblers. At the opera’s St. Petersburg premiere, the allegorical role of Grandfather Frost was sung by Fyodor Stravinsky, father of Igor Stravinksy, and a famous musician in his own right.

Igor Stravinsky (1882-1971) Circus Polka for a Young Elephant Igor Stravinsky’s “Circus Polka” is subtitled, “For a Young Elephant.” What could this mean? Well, in 1942, the Barnum and Bailey Circus asked choreographer George Balanchine to create a dance for a corps of elephants and ballet dancers. They gave Balanchine his choice of composers to write the music, and he chose Stravinsky. When the composer asked the choreographer if he thought this unusual idea would work, Stravinsky reportedly said, quote, “Only if they are very young elephants!” unquote. The work premiered at Madison Square Garden, with a solo by the circus’ star pachyderm performer, an elephant named Modoc. Later, Stravinsky arranged his music into a suite to make it more appropriate for the concert stage.

Erich Wolfgang Korngold (1897-1957) Songs of the Clown, Op. 29 Erich Korngold composed two sets of art songs to the English texts of William Shakespeare. The songs we just heard draw their texts from “Twelfth Night,” one of the bard’s most song-rich plays. Both sets were written in 1937 at the request of Max Reinhardt, the great German theatrical pioneer. Reinhardt had recent immigrated to Hollywood, where he made his film of “A Midsummer Night’s Dream,” incorporating the music of Felix Mendelssohn. In 1937, still on a Shakespeare kick, Reinhardt asked Korngold for songs for a Shakespeare-themed revue he was planning. While Korngold was in America scoring “The Adventures of Robin Hood,” however, Austria was annexed, and his Shakespeare songs, along with several other manuscripts, were confiscated and destroyed. Fortunately, the brilliant Korngold was able to reconstruct them from memory for a 1941 performance, almost four years after writing them.

Nino Rota (1911-1979) Giulietta degli Spiriti - Rosa Aurata, La Ballerina Del Circo Snap Equally successful at composing art music and film music in the neo-Romantic style. Nino Rota is probably best known for his music to Francis Ford Coppola’s “Godfather” films and for his long collaboration with director Federico Fellini. Rota’s mastery of jazz, lyricism and vibrant color made him the ideal collaborator for Fellini’s circus-like aesthetic in the 1960s and 70s, made especially apparent in the drama “Juliette of the Spirits.” In a narrative filled with dream imagery and subconscious symbolism, the heroine Juliette is able to communicate with spirits in surreal visions that help her reconcile with her past and find independence from her philandering husband. References to the circus appear many times in the score and on screen. Fellini was clearly very taken with the idea of the circus as a metaphor for life itself, full of magic and mystery, but  also as a comment on the decadence of Italian society, with its overly-pompous and clownish characters.

René Dupéré (b. 1946) Alegria: Jeux D'enfants With its eclectic blend of cabaret, classical, popular and world music, Canadian composer Rene Dupèré is largely responsible for defining the musical ascetic of Cirque du Soleil. The popular performance group grew out of a Quebecois theatre troupe in 1984, and has since grown into one of the leading international circus acts operating today. As part of the cirque nouveau genre, Cirque du Soleil differs from a traditional circus in that it excludes the use of animals and relies on characters, thematic narrative and dance alongside traditional circus arts to create a show. There is also an emphasis on live musical performance, which is often required to give the show continuity and a loose plotline. In 1995, the album of music Dupèré composed to accompany the Cirque du Soleil show Alegria was nominated for a Grammy. The music of several other recent shows have also charted.

Willia Dean Parker and Homer Banks (1966) Ain't that a lot of Love  In 1968 rock n’ roll superstar Mick Jagger approached British film producer Michael Lindsay-Hogg with an idea for a television special featuring rock and pop acts performing alongside circus performers, all under a seedy circus big top. The result was the Rolling Stones Rock n’ Roll Circus, originally meant to be aired on the BBC. Other than The Rolling Stones, The Who, Jethro Tull, Marianne Faithfull, and Taj Mahal all performed in front of a live audience, who were decked out in colorful ponchos. John Lennon and Eric Clapton also performed as part of a supergroup specifically created for the film. Circus performers provided entertainment in between each set, with Mick Jagger playing the ringleader. Unfortunately the film was ultimately withheld due to the Stones’ belief that they were upstaged by the other acts, and was not commercially released until 1996. Regardless of its late release, it plays an important role in rock music history as it captures live performances by many legendary musicians. The Rock n’ Roll Circus is also notable for being the last time Rolling Stones founding guitarist Brian Jones was seen playing with the band before he would drown in a swimming pool seven months later.