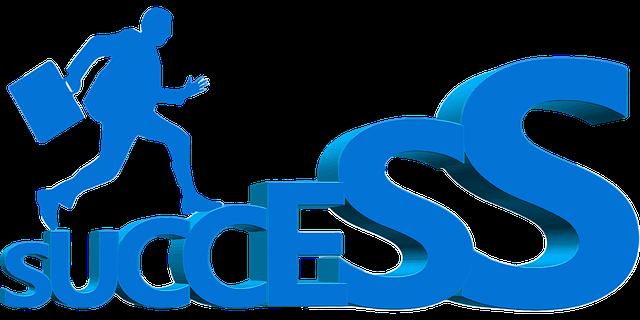 This week, we explored strategies for musical and professional success on Ether Game. From shmoozing patrons and royalty to landing publishing deals, every composer and performer in history had their tricks of the trade.

Joseph Haydn (1732-1809) Baryton Trio No. 49 in G, Hob. XI:49 The baryton  is really two instruments in one – in the front, a viola da gamba, and behind it, a harp.  The instrument, therefore, can produce both plucked and bowed sounds.  The most prolific composer of baryton music was Joseph Haydn – not necessarily because he admired the instrument, but because his employer, Prince Nicolaus. Nicolaus Esterhazy was an ardent baryton player, and Haydn needed to retain his support. Nicolaus may have been enthusiastic about playing the baryton, but his technique seems to have been limited, for Haydn seldom writes for one of the baryton’s trademarks, the plucked strings.  When they are used, it is sparingly, and with a great deal of time for preparation.  The most adept baryton players of the 18th century could play a melody with the bow and accompany themselves with the plucked strings.

Erich Wolfgang Korngold (1897-1957) Robin Hood Fanfare and Love Scene In the 20th century, the art of incidental music largely moved away from the stage, and onto the silver screen. Initially, many “serious” composers were reluctant to use their music on film. If incidental music was seen as inferior to music for the concert hall, and film as a poor substitute for live theatre, then certainly artistic film music had no chance. However, thanks in part to the pioneering work of composer Erich Korngold and Max Steiner, film music became a serious art—and a serious industry. One of Korngold's most widely known scores was to the 1938 film The Adventures of Robin Hood, starring the swashbuckling ERROL FLYNN. Korngold won an Academy Award for the score, the first time it was given to the score’s composer, rather than the head of the studio’s music department.

Samuel Barber (1910-1981) Violin Concerto, Op. 14, Mvmt III Samuel Barber’s only violin concerto was commissioned by the American industrialist Samuel S. Fels for the Ukrainian protegé violinist. Iso Briselli. As the story goes, Fels wanted a new piece exclusively for Briselli to play and launch his career. Barber composed the first two movements, and submitted them to Iso before writing the finale. The violinist rejected these movements as lacking virtuosity, so Barber composed a devilishly difficult finale that was impossible to play. There was a falling out, and Briselli did not premiere the concerto. So the old story goes. However, recently discovered correspondence has confirmed a much more complicated story. Briselli thought the concerto was actually beautiful and elegant and intended to perform it, it was his violin teacher who criticized the piece, and wanted to exert his own influence by “doctoring” Barber’s work into something flashier. Luckily for us, Barber stood by his composition, and his violin concerto has become the most famous concerto by an American composer to enter standard violin repertoire.

John Dowland (1562-1626) Sorry Stay “Sorrow, stay” appears in Dowland’s second book of lute songs, published in London in 1600. This book followed shortly on the heels of his highly successful First Book of Songs, which had been published in 1597. However, prior to his success with this particular genre, Dowland had struggled. In 1595, upset by his lack of an English court appointment, he had set out for Rome in the hopes of studying with master madrigalist LUCA MARENZIO. He never made it--and his study-abroad plans turned into something a bit more thrilling. On the way to Italy, Dowland fell in with a bunch of British Catholic expatriates who sought to conscript him into a plot against Queen Elizabeth. Bitter as he may have been over his poor job prospects, Dowland was no traitor and beat a hasty northern retreat, even sending an apologetic letter of confession to his queen just to cover his bases!

John Tavener (1944-2013) Song for Athene Skill and talent can get you far, but sometimes it’s all about who you know. Such was the case with John Tavener, whose grandfather had founded an extremely successful building and decorating firm, and had a long list of celebrity clients who would later play pivotal roles in Tavener’s career. Clients like the legendary concert pianist Solomon Cutner became Tavener’s musical confidant, and the heiress Lady Birley encouraged Tavener by staging recitals of his compositions at her estate. But perhaps the most lucrative connection came in the 1960’s when the family was hired to refurbish The Beatles’ London headquarters for The Apple Corporation. At this point John Tavener had some reputation for his work, but after playing a demo tape for John Lennon, the musician was so impressed that he signed Tavener on to Apple Records and released the official recording of his latest cantata, The Whale. Naturally this was Tavener’s major breakthrough, and his reputation only grew with more celebrity commissions, such as this selection from Song for Athene. Originally written after the death of a famous cyclist, it is best known for being played at Princess Diana’s funeral.

Barbara Strozzi (1619–1664) Canto di Bella Boca Barbara Strozzi made for herself a long and respected life as a musician in her native Venice, but she was born as a black sheep. Strozzi was the illegitimate daughter of Venetian politician and one of his serving maids. Under typical circumstances, this would have made her social life awkward, but her father ameliorated the situation by having her listed as his adoptive daughter, and set about supporting her budding music career. Strozzi was not only a skilled singer, but she was also a trained violinist and composer who studied under Francesco Cavalli. With her fame and public attention, however, came some pretty nasty rumors. Some of her critics accused her of being a courtesan, though we have to take that term into consideration. Courtesans were often valued and patronized for their intellectual abilities. In fact, many women during the Renaissance became “honest courtesans” in order to pursue their artistic endeavors and it could have been this title that allowed Strozzi to “stay ahead of the curve” in her own way. By the end of her life, she had more secular music in print than any composer of her era.

Zez Confrey (1895-1971) Baffoon Edward Elzear Confrey, otherwise known as “Zez” Confrey developed Novelty piano music in the early 1920’s. Novelty piano was a mixed style, blending virtuoso classical technique with ragtime rhythms and often a kooky musical gimmick. Confrey’s background in making piano rolls, as well as his considerable musical skill, gave him a knack for creating showy pianistic tricks, which he then worked into catchy and well-developed melodies. While ragtime and novelty piano music had many similarities, the way they were heard by the public was considerably different. Ragtime tunes were printed on sheet music and sold to amateur pianists for playing in their parlors. The flamboyant and virtuosic effects in novelty music required extensive training, and were usually heard through piano rolls and recordings. Both genres were usually arranged for dance orchestras and big bands, which contributed to the immense popularity of Confrey’s compositions and led to a widespread but short-lived novelty music craze.

Jacob de Senleches (fl. 1378-1395) En attendant esperance It’s hard to imagine a medieval piece with dense, complicated polyrhythms that might make Stravinsky blush. In the late fourteenth century, however, a French school of composition, which historians call the Ars Subtilior, reveled in such difficulties and complications. According to treasury records, Senleches himself played the harp, and his tricks of the trade may have inspired  many of his pieces. In one manuscript, the music was even written out in the shape of a harp. The mind-boggling rhythmic complications of this music must have made keeping time very difficult, and the elite intellectual culture that wrote and enjoyed this music viewed such pieces as beautiful puzzles, for which the solution was a good performance.

Robert Bateman, Robert Moseley, Kenny Hollon (p. 1965) Right Now and Not Later Girl groups were all the rage in the early 60’s after the success of singing trios like the Supremes and the Vandellas. One tried-and-true method if you’re producing the next hit group and need to make them stand out is to fabricate a little notoriety. When producer George “Shadow” Morton was auditioning groups for the new Red Bird record label, he discovered two pairs of sisters from the same high school in Queens who were singing together in nightclubs around New York. Recognizing the potential for a tough-girl aesthetic which contrasted from the teeny-bopper norm, Morton made the Shangri-las “harder edged.” Dressed in daring leather motorcycling outfits like girls who were not to be messed with, the Shangri-las sang about doomed love and teenage angst. Wild stories and rumors of law-breaking escapades while on tour only increased their popularity. The Shangri-las had a succession of chart-topping singles before disbanding after a short four-year run.