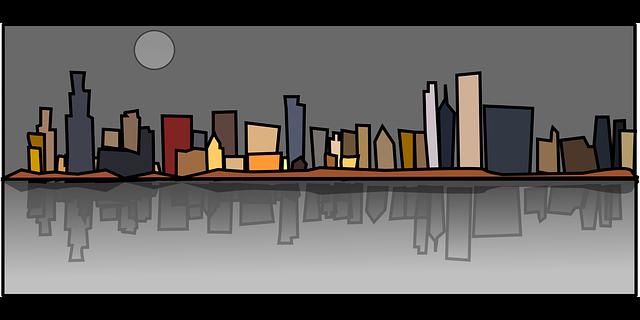 This week, the Ether Game Brain Trust headed north to the Second City for music with a Chicago spin. Join us for a show celebrating Chicago's classical music history, composers, institutions and performers.

Igor Stravinsky (1882-1971) The Rite of Spring Stravinsky’s “Rite of Spring,” with its infamous depiction of a primitive human sacrifice, is best known today as a concert work. But the original work was a ballet whose revolutionary choreography by Vaslav Najinsky was at least, if not more, controversial than the music that accompanied it. In fact, it has been speculated that the riot that erupted when the Ballet Russes premiered the work in 1913 was entirely prompted by the choreography, as the audience became so unruly that hearing the music would have been nearly impossible. Unsurprisingly, Najinky’s production was performed only a few times, and the original staging of the work was almost lost to history until the Joffrey Ballet decided to reconstruct the original choreography and find out what all the fuss was about. The project was the dream of the company’s founder, Robert Joffrey, who enlisted the help of dance historian Milicent Hodson in 1971. After 16 years of piecing together Najinksy’s  notes and drawings, the project was completed and performed in 1987.

Antonín Dvorák (1841-1904) Symphony No. 8 in G, Op. 88: I. Allegro Con Brio If all of the musical entertainment planned for the 1893 World’s Fair in Chicago had followed through, it certainly would’ve been one of the grandest spectacles in music history. Unfortunately, many projects failed due to the resignation of the exposition’s music director three months after opening. Perhaps the greatest disappointment of all was the bankrupted attempt to build the Spectatorium, which would’ve been the world’s largest and most technologically advanced theater at the time. However, the Columbian Exposition still left an important musical legacy. It introduced ragtime to the rest of the world, popularizing a uniquely American genre of music. As for classical music, Amy Beach, Glazunov, and Chadwick all premiered pieces at the fair, and Dvorak’s “New World” symphony originally started as a commissioned piece for the grand opening of the Spectatorium. Despite the setback, Dvorak still attended the fair and conducted three of his works there, including his eighth symphony, which was a major musical event with twelve thousand attendees at the exposition’s Bohemian Day celebration.

Nicolo Paganini (1782-1840) Caprice for Solo Violin No. 20 in D We just listened to music from one of the first major superstars of the violin, Paganini, and a recording of his highly virtuosic Caprices for solo violin. Tonight’s virtuoso violinist is Chicago native Rachel Barton Pine, who first made waves in the classical music world by playing the Saint-Saëns violin concerto with the Chicago Symphony Orchestra at age 10. She went on to become the first and youngest American to win the Johann Sebastian Bach competition in Leipzig, Germany, taking the gold medal at age 17. While she continues to tour and record extensively around the world, Barton Pine remains based in Chicago, where she started the Rachel Barton Pine Foundation in 2001. Among many outreach programs, the foundation has promoted Black composers of string musc, including fostering the career of Jessie Montegomery, whose music has become a recent staple of the string repetoire.

Anton Bruckner (1824-1896) Symphony No. 1 in c: III. Scherzo Bruckner’s musical style tends to polarize some classical music listeners. Critics have described his music as Wagnerian to the farthest extreme, for better or for worse. Brass instrumentalists tend to love Bruckner’s music, and with good reason. Even more than Wagner, Bruckner uses large brass sections in his symphonies, and often assigns those sections to moments of great thematic importance.  We just heard a recording of the Chicago Symphony Orchestra, perhaps the city’s most influential classical music institution, performing Bruckner’s first Symphony. You can often identify a recording of the CSO by listening to the brass section, which became renowned for its power, punchiness and brilliance.  That reputation was in-part due to the conductor on this recording. Georg Solti. Not only was Solti the first conductor to take the CSO on a European tour. He also introduced the orchestra to all of Brukner’s symphonies.

Danny Elfman (b.1953) Percussion Quartet: Movement 4 Although Danny Elfman began his professional career as the songwriter for the surrealist new-wave band Oingo Boingo, He has spent most of his time since the late 90s composing film music for major film makers such as Tim Burton, Sam Ramey, Peter Jackson and Brian De Palma. Since the early 2000s, many classical groups have also commissioned concert works from Elfman, including the Chicago-based Third Coast Percussion Ensemble who premiered Elfman’s Percussion Quartet in 2019. Elfman is himself a percussionist, favoring idiophones, such as mallets, marimba, xylophone and glockenspiel, all prominent in this recording. Third Coast Percussion has been a staple of Chicago’s classical music scene for fifteen years, first gaining attention with arrangements of works by Philip Glass. The group has since expanded to becoming a composer collective alongside a percussion ensemble, featuring music by Chicago-based musicians and DJs.

Ned Rorem (b.1923) Present Laughter Ned Rorem was born in Richmond, Indiana, however he grew up in Chicago and received his early music training there studying music theory with Leo Sowerby. He eventually completed his education at Julliard. He has lived two parallel artistic lives. On the one hand, he’s the famed essayist, whose published diaries have given readers an inside look at the often licentious lifestyle of the contemporary creative artist, his travels, and the celebrated people he met along the way. On the other hand, he’s the Pulitzer-prize winning composer, known for his 500+ songs, chamber pieces and countless other works. Rorem has commented that fans of his literature are often not even aware of his music, and vice versa. His notable works include an orchestral suite titled Air Music, and his operatic adaptation of the classic play Our Town, which premiered at Indiana University in 2006.

Florence Price (1887-1953) Five Preludes Born in Little Rock, Arkansas in 1887, Florence Price was the first black American woman to win widespread recognition as a symphonic composer, rising to prominence alongside William Grant Still and William Dawson in the 1930s.  After relocating to Chicago in 1927, Price began a period of compositional creativity, studying at the American Conservatory and the Chicago Musical College.  She also played the theater organ for silent films, wrote popular music for commercial purposes and orchestrated arrangements for soloists and choirs who performed with the WGN Radio orchestra in Chicago.  In 1932 she achieved national recognition when she won first prize in the Wanamaker competition for her Symphony in E minor.  The work was  premiered by the Chicago Symphony Orchestra in 1933, making Price the first black American woman to have an orchestral work performed by a major American orchestra. We just listened to her five preludes for piano, the first collection of music she published after settling in Chicago.

Leo Sowerby (1895-1968) Comes Autumn Time Leo Sowerby is best known for his contributions to sacred music and organ repertoire, however he composed in most classical genres except opera. Originally born in Grand Rapids, he went to Chicago to receive his Masters of Music from the American Conservatory, and eventually taught composition there himself. He had many notable students, including our round 6 composer Ned Rorem. Sowerby first gained recognition for his work in 1913, when the Chicago Symphony played his Violin Concerto. In 1946 he won the Pulitzer Prize for his cantata, Canticle of the Sun. Sowerby’s music draws from a broad range of sources, including jazz, blues and American folk music, as well as more traditional music forms associated with organ music, such as the chaconne, passacaglia and fugue

Earth, Wind & Fire (p.1975) Shining Star With chart-topping hits in many pop genres including soul, funk, R&B and disco, Earth, Wind & Fire need little introduction. The Chicago-based band had been around for half a decade before their breakout hit single “Shining Star” climbed to number one on the pop charts. But the song had an inauspicious beginning. The song was part of a soundtrack to the 1975 film called That’s the Way of the World, starring Harvey Keitel as a record executive and Earth, Wind & Fire as one of his clients. If you’ve never heard of this movie, it’s because it was a huge flop. The band sensed this after they saw an early cut of the film, so they released their soundtrack (also called “That’s The Way Of The World”) before the film’s release to get ahead of the bad press. The soundtrack became a top seller that year, and made Earth, Wind & Fire one of the most successful funk bands of the 1970s.