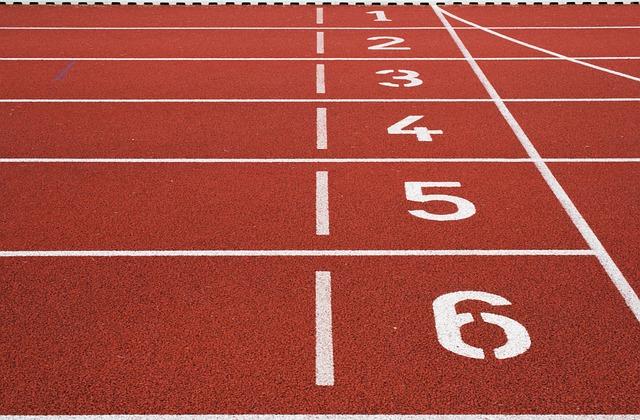 On this week's show, we start round 1 with one performer and add a new musician each round. Browse below, and watch the numberline move up!

Johann Sebastian Bach (1685-1750) Violin Partita No. 3 in E, BWV 1006 The word “partita” had a different meaning for just about every composer who used it. For Bach, a partita was usually a dance suite for solo instrument: namely violin or keyboard. The Partita No. 3 in E Major for Solo Violin was the last of his group of six violin sonatas and partitas that Bach completed around the year 1720, and are among the most celebrated works for solo violin. Bach was especially proud of the Prelude for this partita. He reused its music in two later Cantata: his 1729 cantata Herr Gott, Beherrscher aller Dinge and his 1731 cantata Wir danken dir, Gott, wir danken dir. This partita also serves as an ambassador to earth. The partita’s Gavotte and Rondeau movement is one of the three pieces by Bach on the Voyager Golden Record, currently floating somewhere in interstellar space.

Peter Ilyich Tchaikovsky (1840-1893) Nutcracker Suite, Op. 71a Tchaikovsky was a highly gifted orchestrator. His orchestral suite based on the Nutcracker was a huge success, as was his orchestral suite based on piano pieces by Mozart. When it came to converting his own orchestra works to solo piano however, he was criticized for not using the instrument to its full idiomatic potential. Tchaikovsky published a piano reduction of the Nutcracker not long after the orchestra suite was published and premiered in 1892. Several others have since tried their hands at creating solo piano arrangements, including Percy Grainger and Mikhail Pletnev. The version we just heard for two pianos is widely revered for capturing the excitement of the original orchestra suite. It was created by Greek composer/conductor and pianist Nicolas Economu in 1988. Economu was especially well-suited to work with the music of Tchaikovsky. He was trained in music at the Tchaikovsky Conservatory in Moscow, and he won the international Tchaikovsky competition when he was only sixteen.

Claude Debussy (1862-1918) Sonata for Flute, Viola, and Harp As Europe was entering the second year of World War I, Debussy was at an all-time emotional low, having been recently diagnosed with cancer. His publisher Jacques Durand thought commissioning a new project might revive the composer’s spirits, so he requested a cycle of six sonatas for different combinations of instruments, with each sonata being dedicated to a forgotten 18th century French composer. The pervasive melancholy of the second sonata is accentuated by the use of the viola, which Debussy decided would be better suited for the piece instead of an oboe, which was originally used in previous drafts. Unfortunately Debussy would not live to complete six sonatas, however he managed to leave us with three exquisite ones which have become standards in chamber music repertoire.

Joseph Haydn (1732-1809) String Quartet in C, Op. 76, No. 3, Hob. III:77 'Emperor' Following the death of Nicholas Esterhazy in 1790, his successor Anton retained the services of Joseph Haydn, although he greatly diminished the musical activities at court, leaving Haydn free to stray from Vienna.  As a result, Haydn frequently traveled to London, where he composed the well known “London” symphonies for impresario Johann Salomon.  On one particular trip to England he heard the tune “God Save the King” and decided that Austria ought to have a similar tune in honor of the emperor.  When he returned to Vienna, he composed the hymn “God Save the Emperor Franz” which soon became the national anthem of the Austrian Empire, and later the national anthem of Germany, where it still remains today (with different text of course).  It also lends its tune to this set of theme and variations from Haydn’s String Quartet Op.76 No.3 which later became known as the “Emperor” quartet.

Giovanni Pierluigi da Palestrina (c. 1525-1594) Motets for Five Voices The motet is one of the broadest vocal genres of the late medieval and Renaissance eras, but as a music that was performed for intellectuals, a vast majority of the surviving motets are written in Latin. Many composers borrowed biblical texts when composing motets, especially Palestrina, who composed over 300 of them. Palestrina is often mythologized as the composer who single-handedly saved sacred polyphony from the strict regulations of the Counter-Reformation. During the High Renaissance, sacred polyphonic music became increasingly complicated as composers wrote complex counterpoint, sometimes creating settings of the mass for seven or more independent voice parts. Palestrina's music however, with its simple, graceful melodies and easily understood texts was a welcome relief for the Catholic Church,  His motet settings for five voices were taken from the biblical SONG OF SONGS, a collection of poems that explore various aspects of love.

Arnold Bax (1883-1953) In Memoriam Although he was a Londoner by birth, Arnold Bax immersed himself in the cultural history of Ireland, making frequent trips to a remote village in County Donegal, and learning how to speak and write in Irish Gaelic. After establishing a second residence in Dublin, he moved frequently among Irish nationalist and literary circles, where he published poetry in the style of Yeats. The Easter Rising of 1916 in Dublin and the subsequent execution of its leaders, who Bax knew personally, had a profound impact on his music, even more so than the outbreak of World War I, which had forced Bax to return to England at the time. His sextet In Memoriam bears a dedication to the rebellion leader Patrick Pearse and introduces melodic motifs that would be developed in Bax’s later symphonies.

Joan Tower (b.1938) Black Topaz Joan Tower’s composition Black Topaz for piano and chamber ensemble uses small explosions of sound and harmonic changes to represent a miner’s pick, and the changing color of the mineral topaz. The unusual combination of instruments is treated like a concerto, with the piano as a soloist and the percussion and wind instruments adding color and texture. Several of Tower’s compositions reference minerals, like Black Topaz, Silver Ladders, and Platinum Spirals. This mostly comes from the influence of her father, who was a mineralogist and mining engineer.

Kaija Saariaho (b.1952) Neiges or 8 cellos Many composers who embrace a form of atonality define their work in a new set of parameters. Aspects like duration, loudness, and even location in space become a new central focus instead of tonal harmony. For Finnish composer Kaija Saariaho, timbre and tone color become the subject of intense concentration. Following the work of the Spectralist composers, whose collaborations with scientists, computer programmers and acousticians at the Institute for Research and Coordination in Acoustics/Music in Paris led to ground-breaking insight into the perception of sound and psychoacoustics, Saariaho developed software and technology which aided in composing soundscapes that could reflect the extreme complexity of natural phenomena. Her 1998 work Neiges is a meditative contemplation inspired by the different qualities of snow.

Gerry Mulligan (1927-1996) Venus de Milo Composer, arranger, saxophonist and conductor Gerry Mulligan played a vital role in the history of modern jazz and contemporary music.  As one of the great jazz innovators, his writing and playing influenced entire stylistic movements, including both "cool jazz" and "bossa nova." Between 1949 and 1950, the saxophonist was one in a group of talented musicians that teamed up with trumpeter Miles Davis and arranger Gil Evans for a series of recording sessions that were later compiled and released in 1957 as the album Birth of the Cool. The group, referred to as the Miles Davis Nonet, birthed a fresh approach to the small jazz ensemble and made a significant impact on Mulligan, who wrote and/or arranged six of the eleven tunes that appear on the album.