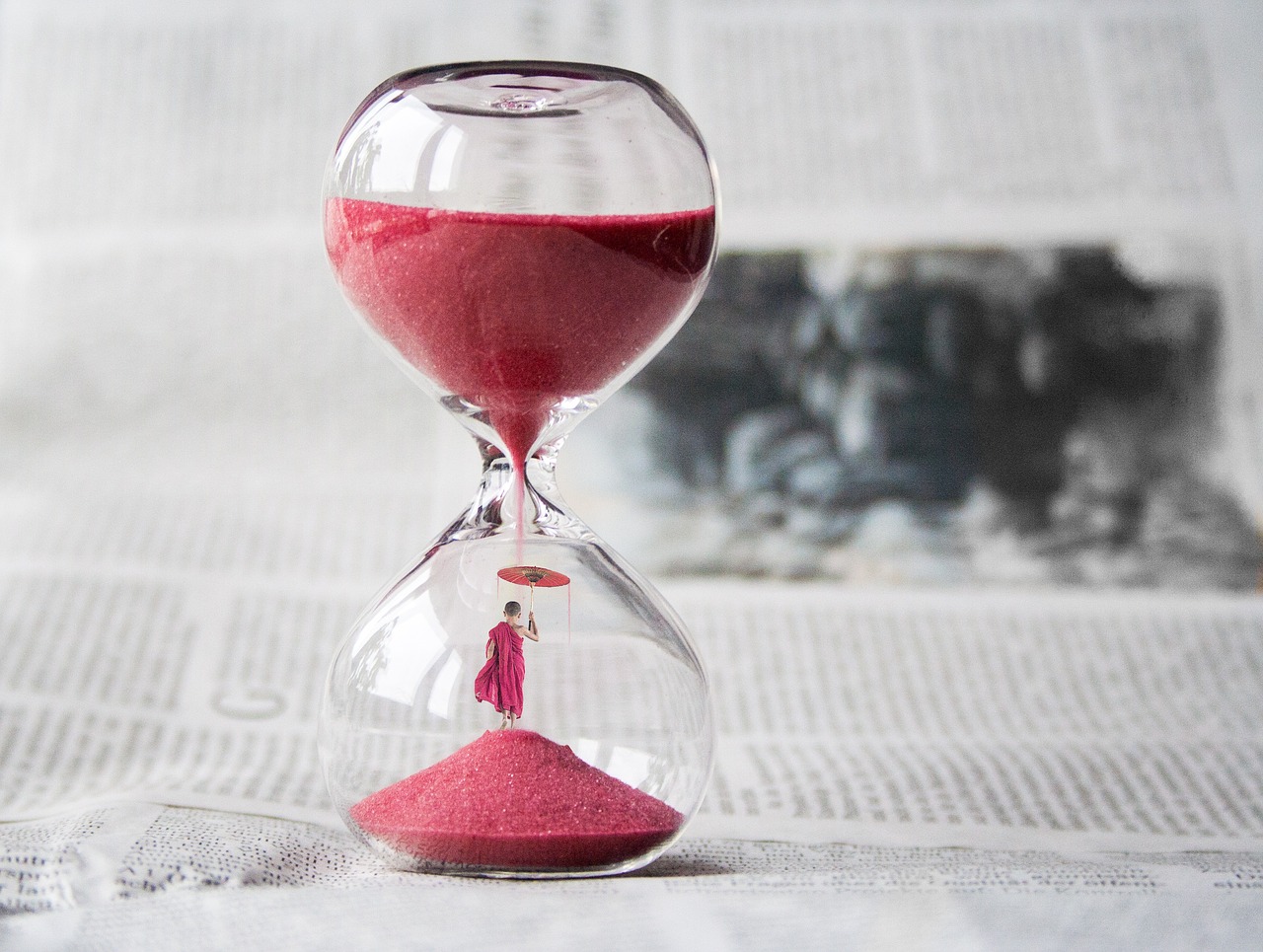 This week, our quiz highlighted origin stories. We looked at early drafts, events and precursors that led to the composition of the great classical masterworks.

Wolfgang Amadeus Mozart (1756-1791) Symphony No. 41 in C, K. 551 'Jupiter' Mozart’s last three symphonies were composed in a seven-week blaze of inspiration during the summer of 1788.  Having neglected the symphony for several years, Mozart’s return perhaps marks an acknowledgement of the increasing prestige of the genre. It is not known exactly where the god-like nickname “Jupiter” originated.  It is first found in print on an 1821 concert program of the Philharmonic Society of London. It is known, however, that Mozart admired the works of Michael Hadyn (the younger brother of Josef) and was studying the composer’s 28th symphony in C major at the same time he was writing the Jupiter symphony. Haydn’s convention to conclude his symphonies with a grand fugue must have inspired Mozart, who included a five-part fugato in the finale of his own symphony. Mozart even goes so far as to paraphrase Michael Haydn’s work in the coda section of the finale as well.

Modeste Mussorgsky (1839-1881) Pictures at an Exhibition (solo piano version) Pictures at an Exhibition is based on artwork by Mussorgsky’s late friend, Viktor Hartmann. Hartmann, who was an artist, architect, and stage designer, died at an early age of an aneurism. Shortly after his death, an exhibition of over 400 of his works was organized, which inspired Mussorgsky to compose his tribute to Hartmann. Pictures at an Exhibition is more than just several musical representations of art. The listener is taken into the mind of the composer while he pauses and contemplates his friend’s work while walking between each image in the gallery, gaining emotional momentum with each movement. It was originally written for solo piano. But it became clear that this picturesque music needed more musical color. Several orchestrations of Pictures At An Exhibition were written after Mussorgsky’s death, including one by British conductor Henry Wood. However, Wood withdrew his arrangement after hearing the spectacular orchestral colors of the arrangement by Maurice Ravel. Ravel’s arrangement has since become the most commonly performed and recognized version of the piece, making Mussorgky’s own piano work and Wood’s treatment, a Prequel to the Exhibition.

John Adams (b.1947) China Gates China Gates is one of John Adams earlier piano works, and was composed for pianist Sarah Cahill when  she was seventeen years old. The constant eighth note patterns in the music suggest steady rainfall, which Adams attributes to the rainy season in northern California, where he was living when he wrote the piece. He describes the composition as a near-perfect musical palindrome which delicately oscillates between musical modes, giving attention to light and dark and the shadows that exist between them. After completing China Gates in 1977, Adams would compose a sequel the next year titled Phrygian Gates, a performance of which is nearly five times longer than the earlier piece. Phrygian Gates has many similarities with its focus on modes, permutations and repetitive successions of rhythmic patterns, though it is much more dramatic than its precursor. Both pieces are hypnotic and evoke a trance-like state, most likely influenced by Adam’s interest in dreams, mystical poetry and transcendentalism.

Peter Ilyich Tchaikovsky (1840-1893) Violin Concerto in D, Op. 35 Tchaikovsky’s 4th symphony was begun during a dark period in Tchaikovsky’s life, and was only finished with the help of a generous patron. Around the time he began to sketch his fourth symphony, Tchaikovsky also decided to try getting married. This was probably not a very good idea. The marriage was a failure, in part because the composer’s sexual proclivities lay elsewhere. With Tchaikovsky spiraling into depression and attempted suicide, the symphony was understandably put on hold. By the end of the year, however, he had found encouragement from a generous (and wealthy) patron. Nadezdha von Meck. While coming out of his depression, Tchaikovsky began and completed his only Violin Concerto, also funded by von Meck. The success of this work gave him motivation to complete his symphony as well, and though the concerto had become the prequel to his fourth symphony, Tchaikovsky seemed to favor it more, stalling its premiere because he worried it would be overshadowed by the symphony. Ultimately, it has become one of the most famous violin concertos in classical music.

Carl Maria von Weber (1786-1826) L'Invitation à la valse In 1819 Carl Maria von Weber was writing the score for his opera Der Freischutz. However he was also working on an additional piece for piano titled “Invitation to the Dance.” He had just been married to Caroline Brandt, a singer, and he intended to dedicate the piece to her. The composition is in rondeau form and is considered the first instance of a concert waltz; that is dance music which is primarily for listening and not waltzing. Invitation to the Dance is also programmatic, with a very simple plot indicated by Weber of two dancers engaging in polite conversation while dancing at a soiree. Some 20 years later Berlioz orchestrated the piece as a ballet sequence for a staging of Der Freischutz in Paris. At that time, French tastes dictated that operas should have a ballet sequence about midway through. If the original opera didn’t have it, one would be added even if it was by a different composer. Such was the case with Berlioz, who also composed recitatives for Weber’s opera, as spoken dialogue was then not considered acceptable in French operatic performances. Berlioz’s orchestration of Invitation to the Dance has since become a concert piece in its own right.

Giacomo Puccini (1858-1924) Messa di Gloria: Agnus Dei Puccini’s musical identity is defined almost entirely by his operas, and with good reason. Because of the popularity of Tosca, Turandot, Madame Butterfly and especially La Bohème, he is trumpeted as the greatest Italian opera composer after Verdi. However, Puccini’s formative years are rooted in church music. He was born to a lineage of maestri di cappella, music directors at the cathedral of San Martino in Lucca, a position that was held by his family for 125 years. His music education up until his conservatory years was conducted entirely in church schools and by church musicians. When Puccini was ready to graduate from the Milan Conservatory and enter professional life, he composed this mass as an homage to his family association with sacred music. A venerable work in its own right, this piece also serves as a prequel to operas which feature moments of  religious music that echo this early mass. The beautiful duet in this Agnus Dei foreshadows the brilliant knack for vocal melodies that would make Puccini a household name in opera and even appears as a musical theme in Manon Lescaut.

Nadia Boulanger (1887-1979) Piece for Cello and Piano in c sharp As we’ve already heard, there are many ways to find the prequels to a composer’s greatest works, or most memorable style. Another why is to look at the music of their composition teachers! The claim could easily be made that Nadia Boulanger is the most important composition teacher from the 20th century. Many of the most notable 20th century composers studied with her, including Aaron Copland, Virgil Thompson, Philip Glass, Roy Harris, Astor Piazzolla, Elliott Carter, Michel Legrand, Quincy Jones, John Eliot Gardiner, David Diamond, Daniel Barenboim, Emil Naoumoff (the IU professor and pianist in this recording) and a host of others. She was a gifted composer herself, who placed second for the Prix de Rome, a prize her father won in 1835. In 1913, Nadia’s sister, Lili, became the first woman and youngest person to win the Prix de Rome. Sadly, Lili’s life was cut short in 1918. Lili’s death marked the virtual end of Nadia’s career in composition, as she felt herself to be an inferior composer. Nevertheless, Nadia prevailed in the world of composition as one of the foremost teachers of it.

Jacopo Peri (1561-1633) Tu dormi, e 'l dolce sonno Back in the late 1500s, Italian composer, singer and instrumentalist Jacopo Peri was quite the talk of Florence.  Aside from being in the employ of the Medici court, Peri ran with an elite set of musicians, poets and philosophers, who met regularly in order to show off their skills. It is from a collaboration with one of these poets that Peri is best remembered.  A work titled Dafne, in which Peri invented a technique to set poetry on Greek myth by librettist Ottavio Rinuccini in a declamatory yet musical style, and combine it with monodic songs, became the basis for the recitative and aria form that would define opera. The work as a whole no longer survives, although this haunting monody Tu dormi, e 'l dolce sonno survives in a collection by Peri from 1609, and is thought to have been from the first opera ever written.

Jerry Leiber and Mike Stoller (1933-2011) Hound Dog While the song “Hound Dog” may have become synonymous with Elvis Presley, he was not the first to record it. As is the case with many early rock n’ roll classics, the song was originally popularised by an early black RnB and blues singer. In Hound Dog’s case, Big Mama Thornton’s 1953 recording charted at number 1 for seven weeks and had sold almost two million copies before Presley covered it three years later. Born Willie Mae Thornton in 1926, her music career took off after she was picked up by Peacock Records, who envisioned her as a new Bessie Smith. Though she saw little profit from her recordings, she became a rhythm and blues star with her distinctive larger-than-life vocals, dancing, and also playing the harmonica and drums, which she had taught herself. Interest in her music was revived when another famous musician, Janis Joplin, promoted her work and covered her original song “Ball and Chain” in the late 60’s.