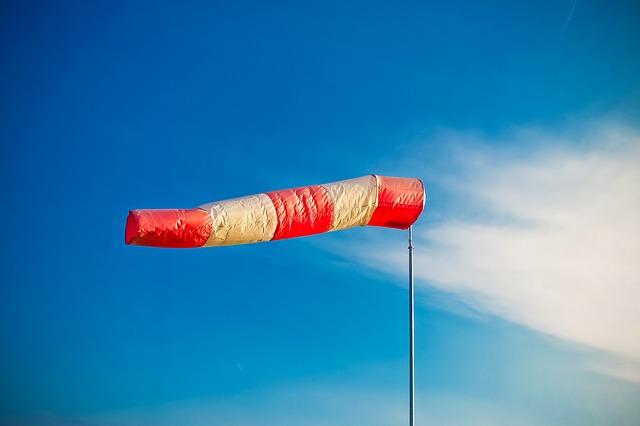 As Spring swoops in, the Ether Game Brain Trust holds on to their hats. Browse nine windy pieces from the classical canon.

Claude Debussy (1862-1918) PRELUDES, BOOK ONE: Ce qu'a vu le vent d'ouest Debussy’s two collections of Preludes are strong contenders if you are looking for the musical epitome of impressionist ideals. Though the composer aligned himself with the Symbolist aesthetic in France, his work’s focus on abstract movement as represented through forces in nature like wind, water and light pushed an association with the Impressionist style. Debussy liked to emphasize the sublime mystery of these forces, and he achieved this through chromatic progressions which evaded resolve and also through frequent use of whole-tone scales. As its name suggests, the whole-tone scale has no half steps, and once started, doesn’t sound like it has beginning or end.

Frederick Loewe (1901-1988) Lyrics by Alan J. Lerner (1951) Paint Your Wagon: They Call the Wind Maria In 1951 Lerner and Loewe completed their Broadway musical Paint Your Wagon. Set during the California Gold Rush, Paint Your Wagon depicts the gritty prospectin’ life and how it’s main characters deal with hardship, loneliness and sexual tension. “They Call The Wind Maria” is a plaintive folk-like ballad sung by some lonely prospectors, thinking about the women they’ve left behind and hearing their names in the wind, rain and fire. The musical was later turned into a film starring Lee Marvin and Clint Eastwood. “They Call the Wind Mariah” has remained the stand-out hit from the show, and became very popular in the early 1950s, especially among the Korean War troops longing for home.

François Couperin (1668-1733) 3e Livre: Les Petits Moulins à vent, Les Timbres François Couperin held a great admiration for Italian composers of the seventeenth century. In order to contribute to the Italian sonata tradition without jeopardizing his role as a French court musician he published a set of sonatas, in the Italian style under an italian pseudonym. The sonatas were well received and François composed more works before announcing his deception to the public. The French intellectual elite were outraged by his trickery, arguing that the Italian tradition of writing music for its own sake was artificial and not true art. Couperin attempted to appease them by giving his future sonatas programmatic titles referencing French stories and subjects, like little windmills in the countryside, for example. However these titles were often vague and had little in common with the music they were assigned to.

Frédéric Chopin (1810-1849) Etude Op. 25: No. 1 in A-flat 'Aeolian Harp' Étude is the French word for “study,” meaning these pieces are basically student exercises. Chopin’s études, however, are much more challenging and evocative than your average “study.” The techniques studied in these two include supporting a right-hand melody while playing arpeggios and creating dexterity and flexibility in both hands. All of Chopin’s etudes have some nickname attached, but none of these evocative names come from Chopin himself. The notoriously difficult and stormy “Winter Wind” etude was likely named by a publisher. And it was none other than fellow composer Robert Schumann who provided the “Aeolian Harp” etude with its nickname. An aeolian harp is a stringed musical instrument played by the wind and named after the Greek god of wind Aeolus. Schumann felt that the undulating A-flat major chord in this Chopin etude evoked the beauty of that wind-powered instrument.

Claudio Monteverdi (1567–1643) Zefiro Torna This delightful two-voice madrigal by Monteverdi, “Zefiro Torna,” was written in praise of Zephyr, the west wind that heralds the return of spring and brings with it flowers, beauty, and love. The light and breezy vocal lines sung in echo evoke the swift wind rolling across the landscape. The work comes from a larger set called Scherzi musicali, or “Musical Jests,” and would have been performed somewhat comically in the early 17th century. The accompaniment here is also a classic example of a Ciaccona (or chacona or chaconne, depending on your language of origin). A ciaccona is a type of lively dance song based on a repeating pattern in the bass. This particular bass pattern repeats 56 times in succession in “Zefiro Torna,” almost making it feel like modern pop music, a genre that also relies on this kind of repetition.

Amy Beach (1867-1944) Four Songs Op. 14 I. The Summerwind II. The Secret Amy Beach is considered to be the first widely successful female composer of American music, enjoying fame and admiration from the American public. Self-taught in composition, her work was widely published and well received, and in 1894, she wrote the Gaelic Symphony, which was the first symphony composed and published by a female American composer. Beach’s vocal music was also successful due to frequent collaborations with Indianapolis-born soprano Marcella Craft, who had become an internationally-renowned opera singer with the Munich Opera. Vocal settings of poems like “The Summer Wind” by Walter Learned, which expresses subtle sexual love through nature metaphors, liberated the composer and allowed her to express deep erotic feelings at a time when it wasn’t considered appropriate for women to do so. Sensuality would continue to be a central theme for much of Amy Beach’s music.

Anton von Webern (1883-1945) Im Sommerwind So far, we’ve heard music for the summer wind by Amy Beach and music for the spring wind by Monteverdi. This is music for the summer wind by Anton Webern. If you’re familiar with the music of Webern, you probably won’t recognize this as a piece by him. Webern was a member of the so-called Second Viennese School, and he was the most angular, pointillistic, and atonal of that lot. But Im Sommerwind (or “In the Summer Wind”) is downright tonal, and brims with the lightness of something by, say Tchaikovsky. It was written in 1904, when the composer was still a young lad, and was inspired by his summers spent at the Webern family estate in southern Austria. Before Webern became a proponent of the forward-thinking teachings of Arnold Schoenberg, he studied the music of more traditional composers. For instance, when Webern was a student at Vienna University, he wrote a musicological thesis on the 15th-century Franco-Flemish Renaissance composer Heinrich Isaac.

John Blow (1649–1708) "A Vers for the Double Organ" It’s not just John Blow’s last name that makes him a good choice for tonight’s theme. His instrument of choice was also the windiest of the keyboard instruments, the organ. He taught pipe organ at Westminster Abbey from 1669 to 1679, and among his students was a young Henry Purcell. In fact, it’s widely believed that Purcell’s only opera Dido and Aeneas was heavily influenced by John Blow’s own musical drama, Venus and Adonis. Most of Blow’s musical output consisted of sacred vocal music, including hymns, anthems and odes, but a fair amount of his keyboard music, such as the organ piece we just listened to, was published in his lifetime. After retiring from Westminster, he became the first appointee to the “Composer of the Chapel Royal” position, which was created to serve the musical needs of the court of James II.

Cat Stevens (b. 1948) 1. The Wind, 2. How Can I Tell You Born Steven Demetre Georgiou, Cat Stevens developed an early love for music, convincing his father to buy him his first guitar at age 15.  He immediately began penning his own songs.  Stevens was noticed and selected to launch the new label, which would later expand to include artists like David Bowie and The Moody Blues.  Stevens had a personal crisis in 1968, developing tuberculosis and suffering a collapsed lung.  He used his recovery period for peace and meditation, and emerged with a new musical style and several more hit songs. In 1977, another near-death experience caused Stevens to embrace Islam and change his name from Cat Stevens to Yusuf Islam.