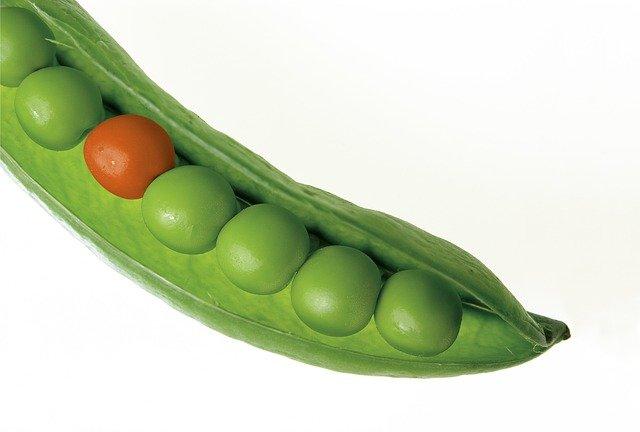 While many composers wrote dozens of operas, symphonies, or quartets, some composers only dabbled in these genres once. Below are nine musical one-offs from this week's show titled "Singles Night."

Ludwig van Beethoven (1770-1827) Fidelio, Op. 72: Overture The first performance of Beethoven’s only opera was days after Napoleon’s army had invaded and occupied Vienna. Unsurprisingly, nobody seemed to be in the mood for an opera. A year later, a revised version also did not fare well. In 1814, after Napoleon’s defeat, Beethoven’s opera of imprisonment and liberation was given one more shot, and it was this final version that entered the permanent repertoire. This ongoing revision ultimately resulted in four different overtures. The one we just heard, from the 1814 performance, has come to be known as the “Fidelio” overture. The earlier overtures are known by Beethoven’s favored title, Leonore. In actuality, the Theater of Vienna insisted that all of the performances be titled “Fidelio,” to avoid confusion with other popular settings of the same story.

Claude Debussy (1862-1918) String Quartet in g, Op. 10 Claude Debussy’s only string quartet marks an “out with the old, in with the new” moment in music history. Written in 1893, not only was this the only work that Debussy wrote in a very traditional genre, but it was also the only work that he assigned an opus number (Op. 10) and a key signature (G minor). Although elements of this quartet portend the shift to true modern music, including unusual harmonic progressions and an emphasis on the tritone, it’s not a completely modern piece. At the same time he was working on the quartet, Debussy was also composing his Prelude To The Afternoon Of A Faun, a work that was so forward-thinking in its harmonic complexity, that Pierre Boulez later said that it marked the beginning of modern music.

Igor Stravinsky (1882-1971) Mass Stravinsky’s intense and eccentric personality is apparent from the comments he made about the only Mass he ever wrote. In a quote recounting the mass’s composition, he recalls that “My Mass was partly provoked by some Masses of Mozart that I found at a secondhand store in Los Angeles in 1942 or 1943. As I played through these rococo-operatic sweets-of-sin, I knew I had to write a Mass of my own, but a real one.” Stravinsky was determined to write a mass that could serve as a functional part of the Roman Catholic liturgy, despite the rule of his own Orthodox faith which forbade the use of musical instruments in church music. His Mass includes key examples of Polytonality, the act of writing in several keys at once, which was one of Stravinsky’s favorite compositional techniques.

Giuseppe Verdi (1813-1901) String Quartet in e Giuseppe Verdi usually wasn’t one for trying new things. He was an opera composer, full stop. He wrote 37 operas and only a handful of other kinds of works, most of which were vocal. However, in 1873, Verdi found himself with a bit of free time. He was involved in a production of his opera Aida in Naples, but the lead soprano fell ill, causing a delay. Verdi decided to make the most of this situation by trying his hand at a string quartet. It didn’t take too long—in a few weeks, he had arranged for a private performance of the quartet. By that time, the soprano was on the mend and Aida was back up and running. Verdi’s foray into this unfamiliar chamber music territory was very short lived. Not only was this his only string quartet, but it’s also Verdi’s only surviving attempt at writing chamber music.

Henry Purcell (1659-1695) Dido and Aeneas: Act III: Harbour at Carthage Henry Purcell’s Dido & Aeneas has long been regarded as the first great opera in the English language. It’s ironic that this great work, which clocks in at just under an hour, received its world premiere at a boarding school. With a story loosely based on an episode from Virgil’s Aeneid, the opera revolves around the ill-fated love affair of Aeneas, a brave prince returning home to Italy from the Trojan Wars, and Dido, the Queen of Carthage. It is also Purcell’s only opera. Although he composed plenty of incidental music for English plays and Masques, Dido is his only dramatic work where all dialogue is sung, making it a true opera. Purcell would likely have composed more operas, and significantly changed the course of English taste in opera, but he succumbed to illness  at the age of 35. It would be a century before English language opera would attain the popularity of Dido and Aeneas.

György Ligeti (1923-2006) Requiem: III. Dies Irae “One aspect of my music bears the imprint of a long time spent in the shadow of death.” This quote by Ligeti perfectly contextualizes the aesthetic of his Requiem. The circumstances of his life also help us understand the emotional intensity through which he interpreted the Mass for the Dead, and why he approached the genre only once in his career. As a Hungarian Jew, Ligeti was sent to a labor camp in his youth. His brother and parents were also sent to concentration camps where only his mother survived. In 1956 he fled to Vienna during the Hungarian Revolution, and wrote his requiem 7 years later. Ligeti’s abridgement of the traditional liturgy isolates four movements focusing on despair. However, the “Dies Irae” at the heart of the Requiem marks a tonal shift. While the previous movements express dread and communal mourning, this invocation of Judgment Day is hyperdramatic and unrestrained. In an extraordinary combination of terror and humor, Ligeti editorializes the traditional Latin texts and its apocalyptic visions as overdone and cartoonish.

Paul Dukas (1865-1935) Symphony in C: Allegro non troppo vivace France in the late Romantic Era was highly divided on musical taste. Many composers separated themselves into two factions, with Camille Saint-Saens and Cesar Franck leading the conservative school while Claude Debussy and Maurice Ravel toed the progressive line. Paul Dukas was one of the few among them who managed to hold the admiration of both groups. He wrote music criticism professionally alongside composing, and because he could write articulately on musical ideology, his artistic voice was generally well respected. He was both a close friend of Debussy’s but dedicated some of his music to Saint-Saens. Above all else, Dukas was a perfectionist, and he destroyed many compositions because he was so self critical. We just heard his only symphony, but you might be more familiar with his tone poem The Sorcerer's Apprentice, whose popularity has eclipsed all his other works.

Jean Françaix (1912-1997) Sonate pour piano III: Toccata Jean Francaix composed in many genres and wrote over 200 works, though he is probably best known for his piano pieces and music for wind instruments. He was an accomplished pianist and accompanist, and enjoyed great success performing his own works, which were influenced by the satire and neoclassicism of early 20th century French avant-garde music. However, Francaix tended to use a more limited harmonic vocabulary. Favoring dance forms,  his music often contrasts lyricism with ironic charm and dry wit. With such a large corpus of solo and chamber music, it is surprising that he only wrote one sonata for solo piano, which he completed in 1960. The neoclassical emphasis on form is clear, as each movement has its own title: Prelude, Elegie, Scherzo, and Toccata.

Lee Mavers (b. 1962) There She Goes  As soon as English rock band “The La’s” started gaining popularity in the mid eighties, they were compared to the Beatles. Both groups hailed from Liverpool, and critics wrote that when playing live, the La’s produced a vaguely “Merseybeat” sound, that, combined with the band’s expressive lyrics, was reminiscent of early Beatles music. On a similar note, the La’s recording attempts were plagued by volatility, resulting in the group producing only one album in their decade-long career. The band’s leader, Lee Mavers, was a perfectionist, and although the band would record with producer royalty, including Steve Lillywhite, Jeremy Allom and Gavin Mackillop, fruitless recording and re-recording of their debut album lasted for two years. The La’s record label Go! Discs forced a release of the album, titled The La’s, which reached number 30 on the UK charts in 1990. Mavers never liked the album, which he felt did not capture the ideal sound of the group. The band disbanded in 1995, but reformed for a reunion as recently as 2011.