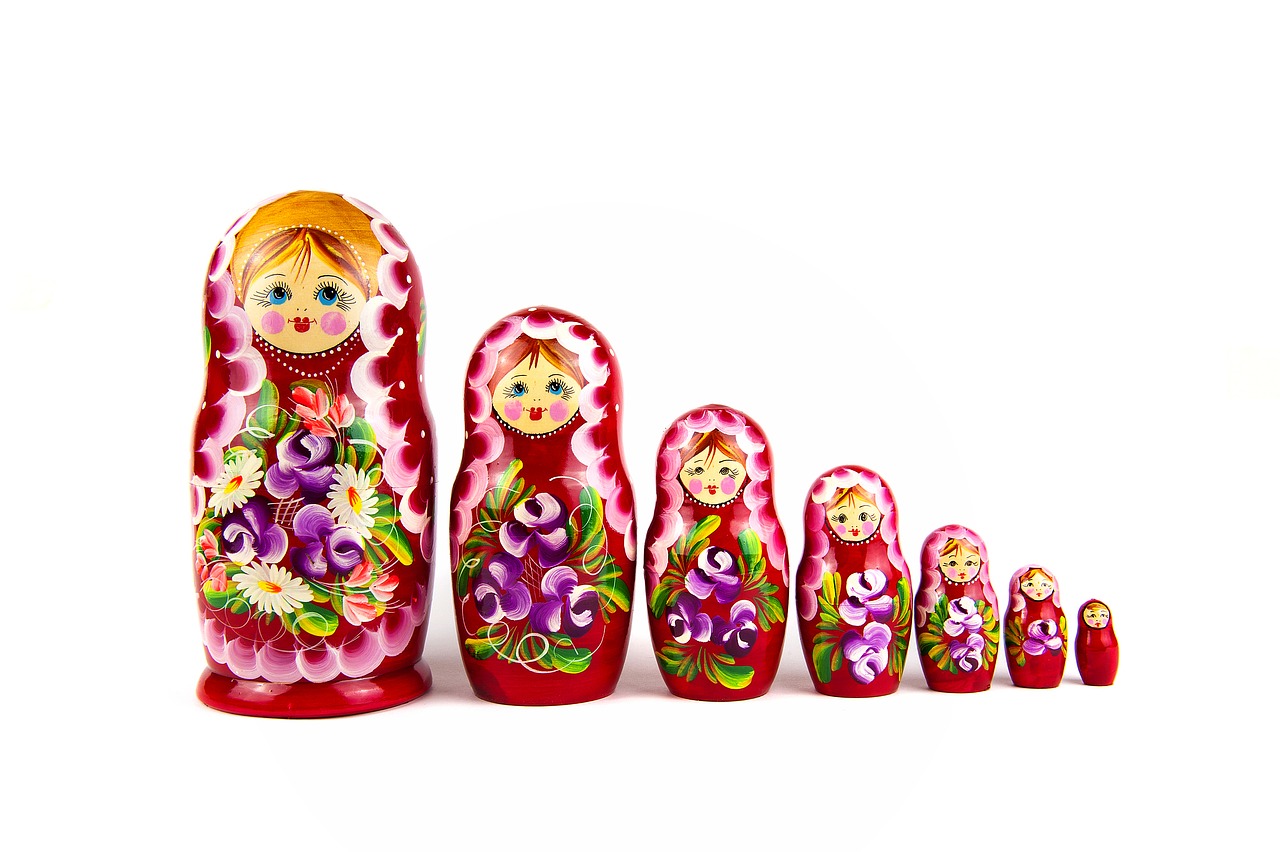 Tonight on Ether Game we celebrate Mikhail Glinka's 217th birthday with a show that exhibits his influence on classical music. Glinka has been called the fountainhead of Russian classical music, and was the first of his nation to achieve widespread fame across Europe. His music influenced generations of musicians after him, as is apparent in our playlist below.

Modeste Mussorgsky (1839-1881) Boris Godounov: Coronation Scene Boris Godunov is Modest Mussorgsky’s only opera, but also his masterpiece and one of the most performed Russian operas worldwide. The opera is based on a play of the same name by Alexander Pushkin, which was given to Mussorgsky by Lyudmila Shestakova, the sister of Mikhail Glinka. Boris Godunov also has the bizarre distinction of being one of the most heavily edited operas of all time. VERY few recordings exist without cuts or editing, or are even sung in the original Russian. The second and most widely performed revision of 1872 includes historical details from a contemporary volume released by official court historian Nikolai Karamzin. The Coronation Scene is one of the opera’s most memorable moments and occurs as the final scene of the opera’s prologue. As we heard, the chorus is preceded by an instrumental introduction which is indicative of ringing bells. Real church bells are then heard as a crowd gathers in the cathedral square of the Moscow Kremlin to witness the procession of the Czar and sing his praises.

Johann Strauss, Jr. (1825-1899) Hommage au Public Russe, Potpourri This is the second excerpt from a musical potpourri of Russian songs and dances by Strauss that we’ve listened to recently on Ether Game, but we could not have a show celebrating Glinka without mentioning one of his most famous superfans, Johann Strausse Jr. Strausse spent a good deal of time in Russian and made much of his extensive fortune there. He often spoke highly of Russian music, especially that of Glinka, and wrote this piece as part of a contract he had with the Tsarskoye-Selo Railway Company to generate more public interest in the line from St Petersburg to Pavlovsk and celebrate the work of his favorite Russian composer. In 1864, the company built a music pavilion and park at its main station in Pavlovsk and hired Strausse for a summer music series. This piece was a particular favorite with the Russian passenger public at the pavilion, and was performed no less than seven times in one evening.

Sergei Rachmaninoff (1873-1943) All-night Vigil (Vespers), Op. 37 Rachmaninoff’s work All-Night Vigil (sometimes referred to as Rachmaninoff’s Vespers) is an extended a cappella choral setting of the Russian Orthodox ceremony of the All-Night Vigil, a very long service of matins and vespers prayers that takes place the night before a holy day, and can last up to three hours. Rachmaninoff was not a particularly devout man himself; he stopped going to church as a young adult. However, in his youth, he heard a performance from the great Moscow Synodal Choir, a marvelous 80-member choir dedicated to performing Russian sacred music. Their rich, powerful sound—particularly in those low bass notes—inspired Rachmaninoff to compose several sacred choral works, which were written during his second period of composing. Rachmaninoff often moved through singular phases of intense performing or composing or conducting throughout his life. His earliest period of composition won him the prestigious Glinka Prize, and he would win five more throughout his long musical career.

Anatol Liadov (1855-1914) The Enchanted Lake, Op. 62 In writing about this piece, Anatoly Liadov suggested that just below the surface of the Enchanted Lake, some monstrous leviathan lurks silently.  Above the opening ominous drone is some of Liadov’s most beautiful music: washes of color from the strings and serene melodies from the woodwinds, all punctuated by the harp. We chose this music because it is some of Liadov’s most beautiful and recognizable music, but it’s worth mentioning, in keeping with tonight’s theme, that he also composed a set of piano variations on a theme by Glinka. That piece was dedicated to a woman whose name we’ve already heard tonight for her work with Mussorgsky, Lyudmila Shestakova, Glinka’s sister. After Glinka’s death, Shestakova became the main rights-holder and preservationist of her brother’s work, and it’s in part because of her efforts that later composers like Liadov were familiar with Glinka’s work.

Franz Liszt (1811-1886) Tscherkessenmarsch aus "Russlan und Ludmilla" von Glinka, S. 629, for piano four-hands Glinka was the first Russian composer to gain wide recognition in classical circles throughout Europe. He was helped by three hugely successful contemporaries, Schumann, Berlioz and Liszt, who all promoted Glinka’s music. Glinka had the opportunity to hear Franz Liszt play when he arrived in Vienna. He later wrote “..sometimes Liszt played magnificently, like no one else in the world, but other times intolerably, in a highly affected manner, dragging tempi and adding to the works of others, even to those of Chopin, Beethoven, Weber and Bach a lot of embellishments of his own that were often tasteless, worthless and meaningless.” (ouch!) Ironically, Liszt gave Glinka’s own music this very treatment! He wrote an elaboration on music from Glinka’s most successful opera, Russlan und Ludmilla, for solo piano, and later arranged that piece for piano duet which is the version we just listened to.

Mily Balakirev (1837-1910) Reminiscences of Glinka's Opera 'A Life for the Czar It was after a concert of Russian music in 1867 conducted by Mily Balakirev that critic Vladimir Stasov coined the term the “Mighty Handful.” Eventually this coinage came to include what would be known as “The Five.” The group known today as “The Five” was comprised of the leader Balakirev, César Cui, Modest Mussorgsky, Nikolai Rimsky-Korsakov, and Alexander Borodin. Since Balakirev was the de facto leader, the group was commonly referred to as “Balakirev’s Circle.” This “Mighty Handful” set themselves apart from the cosmopolitan tastes of the national conservatories and composers like Tchaikovsky by trying to include music that was derived from uniquely Russian roots. This was most likely due to a close connection to Glinka, with whom Balakirev was close friends. Glinka entrusted Balakirev with the musical education of his four year old niece, and after the composer died, his sister charged Balakirev with conducting Glinka’s operas.

Shaposhnikov, Adrian (1888-1967) Sonata in D A pupil of the notable composer and educator Alexander Glazunov, not much of Adrian Shaposhnikov’s work is often performed in the US. The sonata for harp and flute, which shows clear impressionist influences is popular and standard repertoire among harpists. While both an engineer and freelance composer, Shaposhnikov moved to Central Asia, settling for ten years in Ashgabat, Turkmenistan. It was there that he wrote Zokhre i Takhir, the first opera ever written in Turkmen.

Bernhard Henrik Crusell (1775-1838) Grand Concerto for Clarinet in f, Op. 5 Glinka was introduced to the music of Western Europe as a teenager while he was living near the Desna river on his uncle’s estate, who had an orchestra that played Haydn, Mozart and Beethoven. As for specific composers that Glinka named as influential in his memoirs, he acknowledged the clarinet chamber works  of Swedish composer Bernard Henrik Crusell as the music that made him want to become a composer. Crusell was highly regarded as a clarinetist, composing most of his works for himself and his friends in the court orchestra of Stockholm.  He was also a brilliant linguist who translated the foremost French, Italian, and German operas for the Swedish stage.  After falling into obscurity, Crusell has recently enjoyed renewed interest thanks to the performance and recording efforts of English clarinetist Michael Collins, the performer on the recording we just heard.

Vitaly Vladasovich Grachev (b. 1979) The 7th Element Vitas is the stage name of Vitaly Vladasovich Grachev. He had become popular in the Russian art pop scene with the debut of his 2001 album, Philosophy of a Miracle as well as many performances on Russian TV. However Vitas gained international attention after the music video of “The 7th Element” became an internet meme due to his eccentric stage presence. His music is often a blend of many styles, especially classical and dance, and his other majorly successful single Opera #2 demonstrates his surprising ability to reach atmospheric levels of vocal pitch in his distinctive falsetto voice. A man of many talents, Vitas often accompanies himself on the accordion and designs his own stage costumes. He is also an accomplished actor, breaking into both the Russian and Chinese film industry.