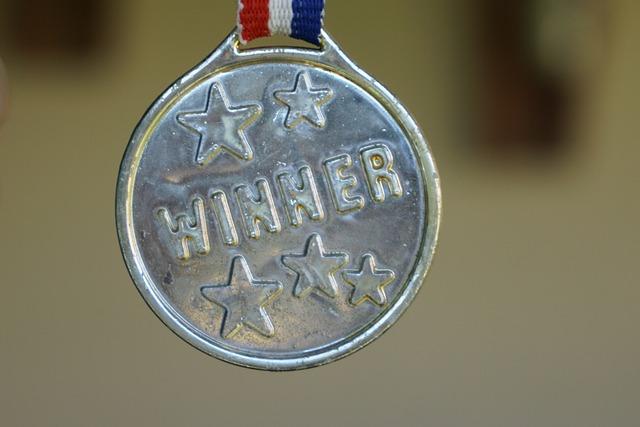 This week, we explored the history and influence of the prestigious Prix de Rome prize in music composition. Below you'll find the music of Prix de Rome winners, runners-up and losers.

Georges Bizet (1838-1875) Carmen: March of the Toreadors The Prix de Rome was established in France by Louis XIV in 1663, originally only for painting and sculpture. Music was not added until 1803, when at the behest of Napoleon it was rewarded by the Academie des Beaux-Arts and funded by the French government. The contest was a trial in two phases, meant to test a composer’s knowledge of music both as a science and as an art. For the science portion, contestants were assigned exercises in counterpoint, fugue and harmony. For the art portion, contestants had around four weeks to compose an operatic scene from a text pre-determined by the Conservatoire. Winners of the Prix de Rome received an income for five years with opportunities to have their work performed, and free admission to cultural venues in Paris. They were required to spend two years living and studying classical art at the Villa Medici in Rome, however additional study could be spent in Germany or France. Georges Bizet first competed for the Prix de Rome when he was 14, but it wasn’t until he was 19 that his submission Clovis and Clotilde won him first prize in 1857.

Charles Gounod (1818-1893) Romeo et Juliette: 'Je veux vivre' Once music composition was added to the Prix de Rome competition in 1803, it’s likely that a cloud of family expectation followed the young, budding composer Charles Gounod. Gounod’s father took second prize in the 1783 Prix de Rome for painting. Charles managed to surpass his father, taking first place in 1839 with his cantata Ferdinand. His father did not live long enough to see Charles win, having married and had children late in life, although Charles’ mother did. History has not forgotten Gonoud’s skill for writing vocal music. Twenty years after winning the Prix, he completed his operatic adaptation of Romeo and Juliet in 1867, which has remained a staple of the opera repertoire. We just listened to one of Juliet’s most famous arias from the opera. She sings of wishing to stay young and free, dancing the night away at a lavish party.

Jules Massenet (1842-1912) Thaïs: Meditation For some composers, the Prix de Rome was a career starter, especially if they managed to take first place. Jules Massanet was a piano teacher and accompanist for much of his young professional life before he was admitted to the Paris Conservatoire. At the recommendation of Berlioz, Gounod, and several other prestigious French composers (and former Prix De Rome winners) He entered the contest and won first place in 1863. Certainly one of the less tangible prizes of the Prix de Rome was the networking. After winning, Massenet was introduced to Franz Liszt  and architect Charles Garnier, who designed the opera house where Massenet’s Paris premiere of  Thais would happen in 1894. Thaïs was based on a novel of the same name by French author Anatole France. Thaïs is a courtesan priestess of Venus who lives with a wealthy man from Alexandria. After a large banquet, Thaïs meditates on her life, and comes to the conclusion (with the help of a monk) that she should take a more righteous path. The “Meditation” has since gone on to become a popular concert piece for violinists and a popular background piece.

Maurice Ravel (1875-1937) Le tombeau de Couperin Though the Prix de Rome became a rite of passage for any artist or composer seeking cultural legitimacy and financial backing, the competition was subject to criticism, and a lot of it was justified. The judges were mostly life-appointed members of the Academie, and so nepotism was rampant in the selection process. Older and more conservative tastes also dominated the competition, which was creatively stifling. One of the most vocal and infamous critics of the Prix de Rome was Maurice Ravel, who entered the competition five times without ever winning the prize. When he failed to pass even the preliminary round during his fifth and final attempt, public opinion actually turned against the competition, shocked that a composer of such distinguished talent would not be allowed to compete in the second round. A major scandal broke out when it was discovered that all of the finalists were students of the same teacher, who himself was a juror. This revelation, that the Prix de Rome had been rigged to exclude Ravel, led to the resignation of the Conservatory director, Theodore Dubois. Dubois was replaced by Gabriel Faure, who turned out to be a far more tolerant and forward-thinking director.

Hector Berlioz (1803-1869) Rob Roy Overture Life was good for 27 year-old Berlioz in 1830. He won the prestigious Prix de Rome, became engaged to gifted pianist Camille Moke, and spent the year on tour in Italy. Though Berlioz did not complete any significant musical works while abroad, his work Overture: Rob Roy was heavily influenced by his fond memories of Nice, which was at the time part of Italy. Unfortunately, it wasn't long before Berlioz's good spirits were cut short with an abrupt letter from Camille's mother informing him that she had ended the engagement in favor of a match with a wealthy piano manufacturer. Berlioz flew into a rage and came dangerously close to committing murder, plotting to disguise himself as a woman and return to France where he would kill Camille, her new fiance, her mother, and finally himself. He traveled as far as to the border of Nice with disguise in hand before he decided that this was a foolish plan and returned to Italy

Georges Auric (1899-1983) Roman Holiday (Main Titles) Georges Auric, a child prodigy in music composition who was inspired by the music of Erik Satie, was the youngest member of the French avant-garde composing clique known as Les Six. Like his fellow composers, Auric wrote many ballets and music for theater, however unlike the others, Auric spent much of his career working in French cinema. Though he is particularly known for his collaborations with Jean Cocteau, most American listeners might be most familiar with his film score for the Audrey Hepburn and Gregory Peck film Roman Holiday. In contrast to some of his previous film music, which is often dreamy and enigmatic, the score to Roman Holiday is witty and energetic, with clear references to Respighi’s famous work, The Pines of Rome.

Lili Boulanger (1893-1918) Les sirènes The Boulanger family was truly a musical family. Both parents were musicians themselves and noticed prodigious musical talent in their two daughters, Nadia and Lili. Both siblings started taking lessons at a very young age and grew up to be very gifted composers. Lili had the opportunity to study with many prominent teachers at the Paris Conservatory, including Paul Vidal, Georges Caussade and the illustrious Gabriel Fauré. In fact, Faure was so impressed with Lili that he often brought some of his songs for her to sight-read at her lessons. Lili was also the first woman to win the prestigious Prix de Rome composition prize at the very young age of 19! Sadly, her life and work was troubled by chronic illness for most of her life and she died from Crohns’s disease at the age of 24. Nadia, however, went on to become a successful composer and an inspirational teacher to generations of composers during the 20th century.

Alain Louvier (b. 1945) Etudes Pour Agresseurs (Livre 2) Alain Louvier was the last winner of the Prix de Rome. A student of Olvier Messiean, he was awarded the 161st prize for music composition in 1968. By the 1960s, the prestige and importance of the Prix de Rome had waned considerably. This was in part due to a period of civil unrest in France, in which students in particular, bucked against the traditional norms of academic institutions. The Prix was formally dissolved, although other arts organizations around the world would (and continue) to use the name for their own arts prizes. Perhaps a greater honor was that Louvier would eventually become director of the Paris Conservatoire. Around the time he won the Prix de Rome, Louvier was writing highly experimental etudes.in which he developed a new piano technique he calle pour agresseurs. In this technique, the “aggressors” are the player's ten fingers, palms, fists and forearms are all treated individually as useful options at the keyboard for making music.

Cy Coleman, Carolyn Leigh (p. 1964) When in Rome (Do as the Romans Do) Barbara Streisand’s fourth studio album People was her first album to top the charts. The album is mostly a mix of showtunes and hits from the American Songbook tradition. The second track “When in Rome, I Do as the Romans Do” is attributed to the songwriting duo Cy Coleman and Carolyn Leigh, whose early hits helped build the careers of early 20th century pop singers like Frank Sinatra, and also contributed many standards to jazz repertoire.