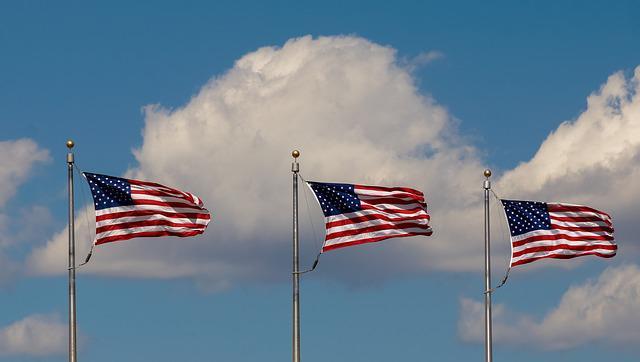 On this day in 1777, the 2nd United States Congress settled on thirteen stripes, alternating red and white, and thirteen stars in a blue field. This week, its show all about flags, pennants and banners, as we celebrate Flag Day

Peter Ilyich Tchaikovsky (1840-1893) 1812 Overture, Op. 49 Tchaikovsky’s 1812 Overture commemorates Russia’s successful defense against France at Borodino during the Napoleonic Wars. However, since this also loosely coincides with the beginning of the War of 1812 in America,  it comes as no surprise that the piece would be included as a patriotic song in Independence Day and Flag Day celebrations. An American victory against the British at the Battle of Baltimore was what inspired our national anthem, where Francis Scott Key, then a prisoner of war, observed an enormous garrison flag sewn by Mary Pickersgill still flying over Fort McHenry on the morning after the battle. Mary was a seamstress who had learned flag making from her mother Rebecca, who had made flags during the Revolutionary War. After being widowed at age 29, Mary moved to Baltimore and opened a flag-making shop for the military clientele and was commissioned to make the enormous star-spangled banner by Major George Armistead, who was then commander of the militia at Fort McHenry overlooking the Baltimore Harbor.

Claude Debussy (1862-1918) En blanc et noir: II Lent. Sombre. Debussy’s three-movement composition for two pianos from 1915 is largely reflective of the time when it was written. “In Black and White” approaches the themes of war, conflict, patriotism and sorrow. The second movement in particular, titled Lent et Sombre is dedicated to Debussy’s friend Lieutenant Jacques Charlot who was killed the same year it was written and who was the nephew of Debussy’s publisher, Durant. Debussy uses well-known musical themes to reference the conflicting powers of World War I, such as a Lutheran chorale to represent Germany and The Marseillaise to represent France. Unlike the banner in our own anthem, The Marseillaise uses “the bloody flag of tyranny” to represent the oppression against the people of France, and as a warning call to action to fight for liberty, equality, and fraternity.

George M. Cohen (1878- 1942) You're A Grand Old Flag (Arr. Carl Davis) Composer George M. Cohan wrote “You’re a Grand Old Flag” in 1906 for George Washington, Jr., a stage musical. The song was first publicly performed on February 6, the play's opening night, at Herald Square Theater in New York City. "You're a Grand Old Flag" quickly became the first song from a musical to sell over a million copies of sheet music. The title and first lyric comes from someone Cohan once met.  The Library of Congress website tells the story as follows: “The original lyric for this perennial George M. Cohan favorite came from an encounter he had with a Civil War veteran who fought at Gettysburg. The two men found themselves next to each other and Cohan noticed the vet held a carefully folded but ragged old flag. The man reportedly then turned to Cohan and said, "She's a grand old rag." Cohan thought it was a great line and originally named his tune "You’r A Grand Old Rag." So many groups and individuals objected to calling the flag a "rag," however, that he and switched the words, renaming the song "You're a Grand Old Flag."

Louis Moreau Gottschalk (1829-1869) Union (Paraphrase de Concert) Louis Moreau Gottschalk is known to us today as a 19th century American composer, but he was also well-known as a brilliant touring pianist. At one point in his career, Gottschalk gave 84 recitals in the space of four-and-a-half months. He frequently performed his own compositions, which became incredibly popular for their infusion of American folk elements, such as the piece we just heard, Union: a selection of what Gottschalk referred to as “ National Airs.” Alongside Yankee Doodle and Hail Columbia is the very flag-themed Star Spangled Banner. Although when this piece premiered in 1862, it was not yet our national anthem. During an arduous tour in South America, Gottschalk contracted malaria. Even after contracting this deadly disease, he continued to perform throughout the continent until collapsing during a recital. Gottschalk died three weeks later from complications due to malaria.

Julius Fucik (1872-1916) Under the Admiral's Flag, Op. 82 Julius Fucik was born in Prague in 1872 and studied bassoon and various percussion instruments as a boy. He went on to study composition under none other than ANTONIN DVORAK before going on to develop his musical talents in various regimental bands of the Austro-Hungarian Army. Fucik became known as a talented transcriber of classical works for wind band and soon began creating original compositions, mostly the marches that would make him famous. It is not known if this march Under the Admiral’s Flag was written for a specific occasion, however, a decade after Fucik completed this march, it was used in a launch ceremony to introduce a new dreadnought-class battleship called the Viribus Unitis to the Austrian Navy.

Anton Bruckner (1824-1896) Vexilla Regis (The Standards of the King) While Anton Bruckner is perhaps best known for his massive symphonies, he also wrote a significant amount of a capella choral music. Vexilla Regis is originally a latin hymn, written by a medieval bishop of the Merovingian court named Venantius Fortunatus. Set as a polyphonic choral work by composers since the Renaissance, the piece is typically sung during the procession of various relics or sacraments on Good Friday in the catholic church. Bruckner’s setting was completed while he resided in Vienna, in 1892. It was performed as was the tradition, on Good Friday at the Augustinerkirche, and published soon after. The original manuscript still resides in Vienna, where Bruckner eventually sent all his manuscripts to the National Library.

Ambroise Thomas (1811-1896) Hamlet: 'O vin, dissipe la tristesse' Ambroise Thomas has almost disappeared from most musical horizons, but his operas are still performed from time to time, including his 1868 setting of Shakespeare’s Hamlet.  Although the ending of the libretto differs greatly from Shakespeare’s original, many things remain the same.  Ophelia has a mad scene, which by then had become a trademark of opera seria.  Undoubtedly it was the mad scene that ensured the opera’s popularity during the 19th century. Two Hundred years earlier, when Shakespeare’s Hamlet was first performed in 1600, its popular elements helped enhance the features of the newly opened Globe Theater, which would go on to stage many of Shakespeare’s most enduring works. Flags played an important role at the Globe. They were flown in front of the theater to advertise what type of play was featured. Red flags for history, white for comedy, and for a tragedy like Hamlet, a black flag.

Jessie Montgomery (b. 1981) Banner The Sphinx Organization commissioned contemporary composer and violinist Jessie Montgomery to write Banner for the 200th anniversary of The Star Spangled Banner. Known for her socially-conscious compositions which merge classical music with vernacular music styles and improvisation, Montgomery’s tribute to the national anthem is a rhapsody on the melodic theme. Using the traditional forms from marching band music, as well as the rhythmic support inspired by drumlines, Montgomery combines various world anthems and patriotic songs to reflect the multi-cultural environment of America in the 21st century. In her own words, Jessie Montgomery explains “Immigrants from Europe, Central America and the Pacific have sought out a safe haven here and though met with the trials of building a multi-cultured democracy, continue to find roots in our nation and make significant contributions to our cultural landscape. A tribute to the U.S. national anthem means acknowledging the contradictions, leaps and bounds and milestones that allow us to celebrate and maintain the tradition of our ideals.”

Greg Brown (1949) The Distance The alternative rock band Cake made a name for themselves in the 1990s by having one of the most distinctive sounds on rock radio. Their combination of overdriven guitars, fuzz bass, trumpet, the occasional vibraslap, and singer John McCrea’s half-sung/half-spoken deadpan delivery made a Cake song unmistakable. “The Distance,” Cake’s lead single off of their 1996 album Fashion Nugget, became their biggest hit to date. It propels forward with an infectious beat, using racecar driving as a metaphor for unrelenting passion. Motor vehicles seemed to be a bit of a trend with Cake’s output. Their debut album was called Motorcade of Generosity, and they had such songs as “Race Car Ya-Yas,” “Stickshifts and Safetybelts,” “Satan Is My Motor,” “Alpha Beta Parking Lot,” “Long Line of Cars,” and “Wheels.”