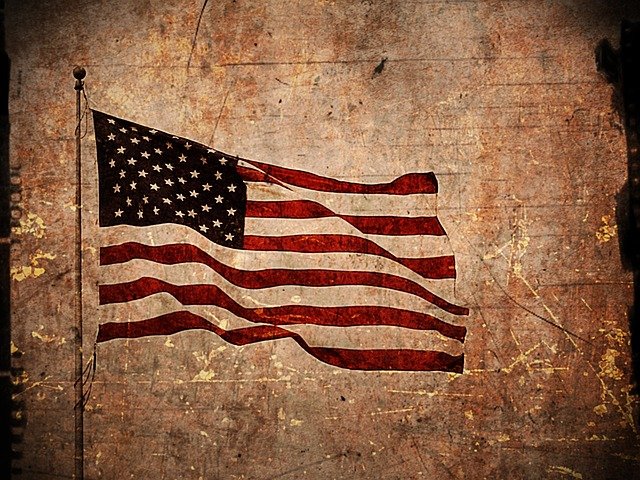 We contined Independence Day celebrations this week on Ether Game with a show about patriotic music. Browse below with your hand over your heart!

Arthur Sullivan (1842-1900) Pirates of Penzance Although few things are more English than the operettas of Gilbert and Sullivan, “Pirates of Penzance” did not premiere in their native land, but at the Fifth Avenue Theater in NEW YORK CITY, running for three months before its successful London debut. It’s a comic tale of a band of gentlemen pirates, a fast-talking military man and his daughters, and a leap-year baby who had one of the worst employment contracts in history. One of the highlights of the hilarious work is Major-General Stanley’s breathless patter song—full of speedy, tongue-twisting rhymes and satirical jabs at the Modern Educated Military Man, who is knowledgeable about nearly everything… except, of course, for the military demands of his job.

Charles Ives (1874-1954) Variations on 'America' In 1891 when he was seventeen years old, Charles Ives wrote these variations originally for solo organ, and the work took the long route to public attention. They are among the composer’s earliest experiments with bi-tonality: or using two different keys at the same time. After failing to find a publisher for this unusual work, the piece was relegated to the drawer for years—a fate that would become all too common for Ives’s music. Unearthed in 1949, the variations were edited by organist E. Powers Biggs, who worked with the consent and assistance of the aging composer. Biggs performed the variations in 1962, at the dedication of the Philharmonic Hall (later renamed Avery Fisher Hall) at Lincoln Center. This performance attracted the attention of American composer WILLIAM SCHUMAN, who arranged the variations into this showpiece for orchestra.

Gaetano Donizetti (1797-1848) La Fille du Regiment: 'Ah! mes amis...Pour mon âme' In this opera, the 21st regiment of the French Army is stationed in a small Austrian village, where a local young man named Tonio falls in love with Marie, the titular “daughter of the regiment.” Marie loves Tonio back, but she’s been told that she can only marry a soldier in the 21st regiment. So at the end of act one, Tonio enlists, and sings this infamous aria to his now fellow soldiers. “Ah mes ami!” is known today as the “Mount Everest” of tenor arias, because of the especially difficult nine HIGH C’s! The tenor at the premiere in Paris wasn’t up to the task, and the opera got terrible reviews. But Juan Diego Florez, who we just heard, definitely was. When he performed this role at La Scala in 2008, the audience loved it so much they demanded an encore. That was the first time any singer was granted an encore there in over 75 years!

Aaron Copland (1900-1990) Old American Songs, Set 1 Aaron Copland arranged his two sets of Old American Songs from a number of sources, including campaign songs, popular ballads, children’s songs, and hymn tunes.  They were initially written for voice and piano, with the first set completed in 1950.  They proved so popular that Copland created several more versions.  The song “The Dodger” originated in the presidential campaign of 1884 between GROVER CLEVELAND and JAMES G. BLAINE.  It was one of the dirtiest political campaigns in American history.  The outcome was among the closest presidential elections. CLEVELAND ultimately won with less than a majority of the popular vote, and the outcome was not even known until several days after the election when New York finally reported that CLEVELAND had won the state by a mere 1,149 votes. This made him the first Democratic presidential candidate to win an election since 1856.

Kenneth J. Alford (1881–1945) Colonel Bogey March You may recognize it as the whistling tune from the Bridge on the River Kwai, but the real name of this march is the “Colonel Bogey March,” written by Kenneth Alford, the pseudonym of LIEUTENANT F. J. RICKETTS, a British army Bandmaster. The term “Colonel Bogey,” believe it or not, comes from the world of golf. “Bogey” is one stroke over par, and quite strangely, derives from the term “bogeyman” or “boogie man.” The character “Colonel Bogey” was an imaginary high-ranking player—if you wanted to see how well you shot, you would compete against “Colonel Bogey,” and compare your score to his course standard. Some claim that he was a real player, who used to whistle a minor third (the opening interval of the march) instead of yelling “Fore!” but he was probably just an make-believe character—not unlike the boogie man himself

Peter Ilyich Tchaikovsky (1840-1893) Festival Overture on the Danish National Anthem, Op. 15 Tchaikovsky’s Festival Overture on the Danish National Anthem is a piece that isn’t performed much today, despite the fact that the composer regarded it even more highly than his famous 1812 Overture. It was his very first commission, after he was appointed as a music theory professor at the MOSCOW CONSERVATORY in 1866. That year, the Tsar’s son Alexander III was visiting Moscow with his new Danish bride, Princess Dagmar. The conservatory’s founder Nikolai Rubinstein asked Tchaikovsky to compose a musical offering, so Tchaikovsky wrote this festival overture to include both the Danish National Anthem (the Danish Hymn known as “Kingsong” in Denmark), and the Tsarist National Anthem in counterpoint. He would do a similar thing in 1883 and combined the patriotic music of both Russia and Denmark for his Coronation March, written when Alexander III was named Tsar.

Samuel Akpabot (1932-2000) Three Nigerian Dances Although composer Samuel Akpabot was born and raised in Nigeria, he was introduced to western classical music at an early age through his performances as a chorister with the Cathedral Church of Christ Choir in Lagos, Nigeria.  He later left Nigeria to study organ and trumpet at the Royal College of Music in London, but by that time he had already performed Handel’s Messiah and Mendelssohn’s Elijah, citing Mendelssohn as his favorite composer and a key influence.  He later came to America, earning degrees from the University of Chicago and Michigan State University, where he also served as a visiting scholar, teaching courses in African music.  He is the only Nigerian composer to write exclusively for the Symphony Orchestra, but in his scores he does incorporate some indigenous African instruments such as wood blocks, rattles, wooden drums, and xylophones

Gregg Alexander & Rick Nowels (1998) You Get What You Give Though they were only together from 1997 to 1999, the alternative rock band New Radicals achieved mainstream success with their debut single “You Get What You Give”, and their only album ``Maybe You’ve Been Brainwashed Too. Frontman, songwriter and producer Gregg Alexander then grew tired of touring and disbanded the group before the release of their second single “Someday We’ll Know.” However, when Alexander learned that “You Get What You Give” had become a personal family anthem for the Biden family who had used it as a rallying song after the death of their son Beau from glioblastoma, Alexander reunited the group two decades later for one performance at President Biden’s inauguration. Due to covid restrictions the performance was broadcasted as the closing to Biden’s “Virtual Parade Across America,” which followed the live televised parade down Pennsylvania Avenue escorting the Bidens to the White House.