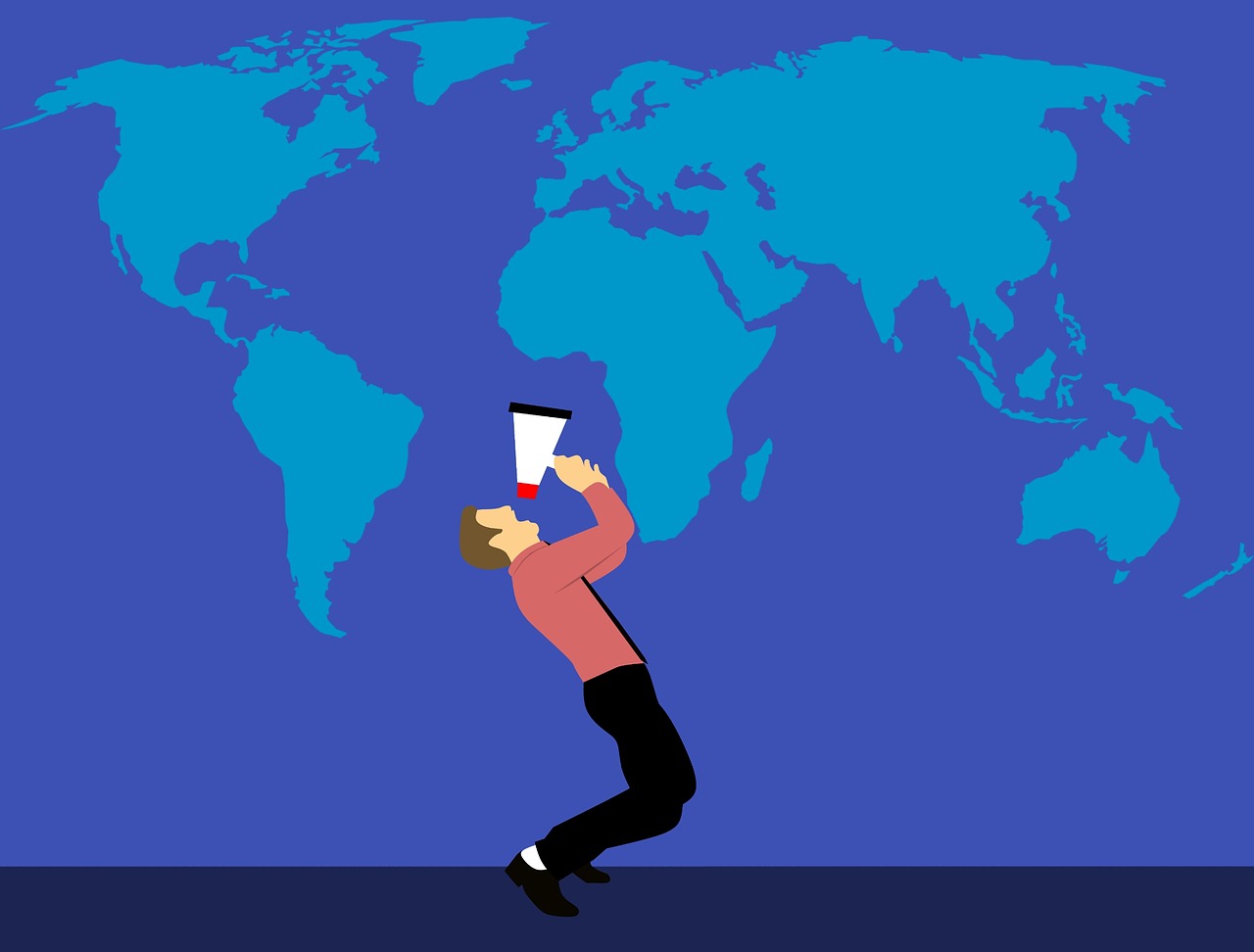 The western canon is full of beautiful music from the courts of kings and queens and from the church. However, just as important and worthwhile is the music for the general public: music first heard on the radio, in the public domain or performed in free pavilion concerts. Browse some of our favorite pieces below from the public sector.

Jacques Offenbach (1819-1880) Orpheus in the Underworld: Overture Audiences loved Offenbach’s operetta Orpheus in the Underworld when it premiered in 1858, however critics were shocked by its blatant satire of French society, which Offenbach portrays through a farcical and irreverent version of the Greek Orpheus myth. He even lampoons earlier musical adaptations by quoting fragments from Gluck’s venerated opera at inappropriate moments. In Orfee aux Enfers, Orpheus and Eurydice are in a hapless marriage. Eurydice hates Orpheus’ music, and both are simultaneously cheating on eachother and inventing ways to end their relationship. When Eurydice dies through trickery, a reluctant Orpheus is forced to rescue her from the Underworld by a character introduced at the beginning of the operetta as the personification of Public Opinion. This character plays a similar role as a Greek chorus, however she is able to directly intervene with the action of the opera in order to maintain a “high moral tone,” a task at which she ultimately fails.

Samuel Barber (1910-1981) Adagio for Strings, Op. 11 Barber’s famous Adagio For Strings, dubbed by many as “the saddest piece of music ever,” is one of those rare, well-known pieces that had its world premiere not in a concert hall, but rather in a public space we know well: the radio. The year was 1938, and composer Samuel Barber had sent the score of his new piece, a single movement for string orchestra, to famed conductor Arturo Toscanini of the NBC Symphony Orchestra. Toscanini had apparently returned the score to Barber soon after, not because he didn’t like it, but rather because he had already memorized it. The premiere took place on November 8, 1938 in front of a small audience at Rockefeller Center’s Studio 8H (the studio that now houses Saturday Night Live), and broadcast out to millions of Americans. The work has been on the air many more times since, but mostly to accompany state funerals and other national tragedies.

Peter Ilyich Tchaikovsky (1840-1893) The Seasons, Op. 37a: March - Song of the Lark, April - Snowdrop The twelve movements of Tchaikovsky’s “The Seasons” were serialized in the music journal “Nouvalist,” with each piece published in the appropriate monthly issue. Tchaikovsky didn’t even provide the titles—the magazine’s editor Nikolai Bernard, created them in advance, and assigned each movement a poetic epigraph. For instance our first selection March is subtitled “Song of the Lark” and includes the following lines: “The field shimmering with flowers, /the stars swirling in the heavens,/ the song of the lark/ fills the blue abyss.” Like many works blatantly “written-to-order,” myths have cropped up to demonstrate the composer’s supposed lack of investment, including one that, as the end of each month approached, Tchaikovsky had to be reminded by his valet to make time to write one more trifling little piece! In fact, Tchaikovsky seems to have composed the entire set over a handful of short, but intense, periods. Also, while he certainly didn’t pour over them as if they were a full symphony, Tchaikovsky cared enough about these small works to imbue each one with a carefully crafted, gem-like charm.

Claudio Monteverdi (1567-1643) L'Incoronazione di Poppea: 'Pur ti miro' The early days of opera were rooted in the extravagance of the nobility. Monteverdi was engaged by the Italian courts in the early 17th century to create vast spectacles of musical theater combined with dancing, elaborate stage designs and costumes as a display of wealth. Almost fifty years later, Monteverdi was again at the center of a new revolutionary development in Italian opera: the public stage. His opera L'incoronazione di Poppea was one of the first public operas to open in Venice. Because these performances relied on public financing and profit margins, productions were comparably simple affairs. Poppea used a much smaller orchestra than Monteverdi's earlier operas, with some performances only including continuo and upper string parts. The set designs was also simplified to cut costs. Much of the plot of this opera takes place in and around a Roman palace, so that only one set piece was needed and could be rearranged according to the different locations within the palace.

Amy Beach (1867-1944) Symphony in e, Op. 32, 'Gaelic' Mvt. 1 Allegro con fuoco Amy Beach is considered to be the first widely successful female composer of American music, enjoying fame and admiration from the American public. Showing remarkable musical talent as early as age one, she spent much of her early life performing on the piano at various recitals across New England, where she was born. After she was married she relaxed her performance career and focused exclusively on composition, a skill she had mainly taught herself. Her work was widely published and well received, and in 1894, she wrote the Gaelic Symphony, which was the first symphony composed and published by a female American composer. She also became the first female composer to have a work commissioned in the U.S. when she wrote her Festival Jubilate for the dedication of the Women’s Building at the 1893 World’s Fair in Chicago. She showcased other compositions at the fair as well, including a piece for children’s chorus titled Singing Joyfully.

Dietrich Buxtehude (c.1637-1707) Sonata in F, Op. 2, No. 7, BuxWV 265 It’s hard to imagine a time when most people didn’t hear classical music in public, but before the Baroque era, you were unlikely to find any outside of royal courts or church. Ironically, professional church musicians brought about the change from music for liturgical use or social function, to music for music’s sake in the public sphere. In Lübeck, Germany in the late 17th century, several prominent town businessmen hired Detrich Buxtehude, then music director at the Marienkirche, to create a concert series at the church called Abendmusik. These were one hour, weekly concerts featuring professional classical music with no liturgical function, and they were completely free and open to the public. Initially they only featured organ and vocal music, but Buxtehude expanded the series to include music for orchestras and even oratorios. Many of Buxtehude’s own non-liturgical pieces, such as this trio sonata, were heard during Abendmusik concerts.

Johann Strauss, Jr. (1825-1899) Hommage au Public Russe, Potpourri You might be surprised to hear that this piece was written by Strausse, considering that it consists almost entirely of quotes from famous Russian folk songs and the music Russia’s premiere composer at the time: Mikhail Glinka, rather than any Viennese waltzes. Strausse spent a good deal of time in Russian and made much of his extensive fortune there. He often spoke highly of Russian music, especially that of Glinka, and wrote this piece as part of a contract he had with the Tsarskoye-Selo Railway Company to generate more public interest in the line from St Petersburg to Pavlovsk. In 1864, the company built a music pavilion and park at its main station in Pavlovsk and hired Strausse for a summer music series. This piece was a particularly favorite with the Russian passenger public at the pavilion, and was performed no less than seven times in one evening.

Lorin Maazel (b.1930) Music for Violin and Orchestra, Op. 12, Comodo and Cadenza We can’t resist returning to the radio on a show about public music. When radio became a preferred form of media in the 1920s, radio stations began to employ high caliber “radio orchestras” to compete with those independent philharmonics and symphony orchestras. There were the radio orchestras owned by NBC and the BBC, as well as ones that popped up in Austria, Denmark, Finland, France, and Russia. In Germany, over a dozen radio orchestras were founded, the crown jewel being the Bavarian Radio Symphony Orchestra. Founded in 1949, the Bavarian Radio Symphony Orchestra is one of the few radio orchestras that could hold its own alongside the finest symphony orchestras in the world. Conductor Mariss Jansons currently leads the orchestra, but past conductors include Sir Colin Davis and Lorin Maazel (who was also a composer and violinist).

Ben Bernie and Maceo Pinkard (1925) Sweet Georgia Brown Copyright and intellectual property laws can be confusing and complicated, however one concept that is pretty straightforward is when a work enters the public domain. This is when a piece of intellectual property such as a book, film, music record or score becomes copyright-free and available for general use by the public. Most media published before 1925 is automatically public domain. A work also becomes public domain when its copyright expires and is not renewed. This generally happens to a number of works every year, and often lists are published and updated that notify which works have become copyright-free. As of January 1st, 2021, the jazz standard Sweet Georgia Brown entered public domain. Written by jazz violinist Ben Bernie and songwriter Maceo Pinkard in the 20’s, many musicians from all genres have added  Sweet Georgia Brown to their repertoire, including clarinetist Benny Goodman when he released his own rendition of the tune in 1938.