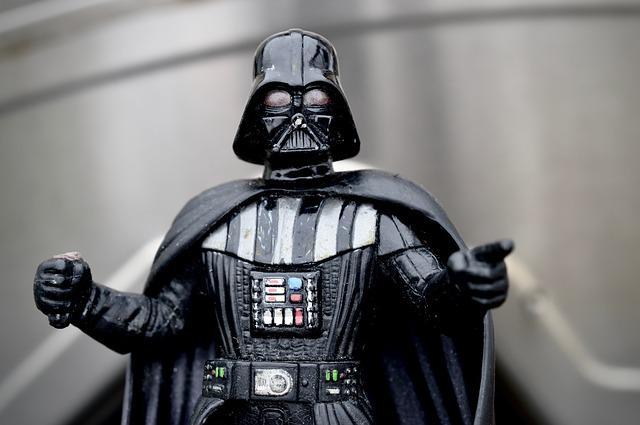 Everybody loves a plot twist, including composers! This week, we quizzed on the unexpected in classical music. Here are nine selections out the blue from Ether Game.

Johann Strauss, Jr. (1825-1899) Die Fledermaus: Overture One of the most beloved operettas by the waltz king Johann Strauss II, Die Fledermaus (or “The Bat”) is a light-hearted tale of an elaborate revenge prank. Before the opera takes place, the character of Eisenstein has made a fool of his friend Falke, by getting him drunk and abandoning him while Falke was wearing a bat costume. Falke’s revenge plot is to get Eisenstein drunk at a party, and luring him towards infidelity with a masked woman...who plot twist! happens to be Eisenstein’s own wife in disguise. The party is hosted by a young prince name Prince Orlofsky. In order to make Orlofsky sound young, Strauss cast the role as a female mezzo soprano, so the young prince would have a higher singing voice. Called a pants, trouser, or breeches role, this kind of gender-bending was common in the late 19th century, used for the young male characters in operas by Gounod, Humperdinck, and Mussorgsky.

Edvard Grieg (1843-1907) Piano Concerto in a, Op. 16: II. Adagio Some composers are lucky and  hit their stride early. This happened to Edvard Grieg, who composed his only complete piano concerto when he was twenty-four, and spent the rest of his career being told by various pianists, students and professionals alike  how great it was. Even then, Grieg revised the work many times throughout his career. We just listened to the opening of the second movement, which contains a musical plot twist used often by composers of the Romantic era. If you listened closely, you may have noticed that about a minute into the  music, Grieg’s lyrical theme was about to come to an end, then, suddenly, instead of a final chord to close the melody, Grieg substituted  an inconclusive diminished chord, allowing him to bring the final phrase back several times before the true end of the melody. This dramatic technique is called a deceptive cadence by music theorists, and has been used by composers as a harmonic plot twist since the Baroque period, tricking the listener as to when the melody ends.

Paul Hindemith (1895-1963) Trauermusik When Paul Hindemith arrived in London on January 19th, he expected to perform his new viola concerto in London's magnificent Queen's Hall under the direction of Adrian Boult and the BBC Symphony Orchestra. However just hours after he arrived King George V succumbed to a long battle with respiratory illness and passed away. The concert was cancelled, but the BBC still wanted Hindemith to be involved in the memorial broadcast that would take the concert's place. A heated debate followed over his viola concerto, which some thought was inappropriate for the occasion. Finally, Hindemith was asked to write a new piece. He accepted and was given an office in the BBC studios. After six hours, he completed Trauermusik, and dedicated it to the memory of King George. The BBC approved of the piece, and Hindemith performed the viola part with Boult and the BBC Symphony Orchestra that evening.

Bernard Hermann (1911-1975) Prelude and Rooftop Scene The decade-long collaboration of Alfred Hitchcock and Bernard Herrmann was one of the most productive creative relationships between a director and composer in film history. Perhaps the most celebrated score of this period was the 1958 film “Vertigo.” Based on a French mystery novel, “Vertigo” told the story of a detective with a severe fear of heights. When his friend hires him to follow his wife, the detective is drawn into a complex web of romantic obsession and murder. Herrmann’s score reflects the film’s preoccupation with obsession and instability with a main theme based on endlessly cycling, dissonant arpeggios. Herrmann was deeply committed to the orchestral film score, in fact his refusal to compose more pop-influenced music for Hitchcock’s film Torn Curtain led to the end of their professional relationship. However he was not afraid to experiment with unusual sounds and combinations. Some of his film scores use theremins, four harps, five organs, electric violin and viola d’amore.

Alban Berg (1885-1935) Lulu' Suite The enigmatic title character of Berg’s opera has been read as a sexist caricature of dangerous femininity, as a personification of primal chaos, and as a modern, liberated woman. The opera traces the social rise and fall into misery and prostitution endured by Lulu and the many, many men she loves and destroys over the course of the opera, until with a fatal and cruel twist of fate she dies herself at the hands of Jack the Ripper. At the time of Berg’s death, portions of the final act were unorchestrated. Berg’s widow forbade the work’s completion during her lifetime. For years, “Lulu” was performed by combining two complete acts and the orchestral suite which included music from the final act. However in 1979 Frederich Cerha used Berg’s sketches and short score to finish the final act, and the completed opera was premiered in Paris, conducted by Pierre Boulez.

Béla Bartók (1881-1945) String Quartet No. 2, Op. 17: Allegro molto capriccioso Bartok’s second string quartet was written during one of the most difficult times of his professional career. After his opera Bluebeard’s Castle was deemed “unperformable” and his ballet The Wooden Prince remained unorchestrated, the composer entered a self-imposed period of isolation where he focused primarily on researching folk music and writing this quartet, which took Bartok two years to complete. This composition marks the point where art and folk music start to play an equal role in defining Bartok’s unique style. The second movement is framed by two slow movements, and it’s in this middle scherzo that the dramatic action of the quartet is developed. There are many sudden twists and turns, unpredictable changes in tempo and meter, and short silences separating heavy melodic statements.

Darius Milhaud (1892-1974) Le Boeuf sur le toit, Op. 58 Milhaud’s short ballet-pantomime has all the features of the French avant-garde at the turn of the century. Comical with hints of surrealism and absurdity, expressions of urban Parisian life, and conspicuously devoid of meaning or plot, the score was originally composed for a silent film. However in 1920 the music was used to accompany a ballet scenario devised by filmmaker and modernist taste-maker Jean Cocteau. Set in a cabaret bar, various characters from the sleazier side of Parisian society move through short episodes of dance and cartoonish violence. The cast, who in Cocteau’s production was played by a troupe of clowns instead of ballet dancers, all wear enlarged cardboard heads and move as if in slow motion. The curious title “The Ox on the Roof” takes the name of the cabaret that was an intellectual hub for many avant-garde writers, artists and musicians including Cocteau, Les Six and Satie.

Colin Matthews (b.1946) Pluto, the Renewer Gustav Holst completed his wildly popular The Planets suite in 1916 with seven movements, for the seven known planets at the time (excluding Earth). In 1930, a 23-year old Kansas astronomer named Clyde Tombaugh discovered another object beyond Neptune which we now know as “Pluto.” This new discovery made Holst’s orchestral suite suddenly “unfinished”—the composer died only four years later and showed no interest in trying to “complete” the work. Yet in 2000, 70 years after Pluto had been part of astronomy’s planets, the Hallé Orchestra commissioned English composer Colin Matthews, a Holst authority, to make Pluto part of Holst’s Planets, finishing the suite once and for all with the movement “Pluto, the Renewer.” But then, six years later, the International Astronomical Union relegated Pluto’s status to one of the “Dwarf planets” in the Kuiper belt. Lo and behold, Holst’s suite was suddenly complete again!

Bob Dylan (b. 1941) Simple Twist of Fate The song “Simple Twist of Fate” showcases Bob Dylan at his best: simple, poignant lyrics revealing a much richer story of love lost underneath, and presented in that direct and honest way that only Dylan can do. The song was off of his successful and critically-acclaimed 1975 album Blood on the Tracks, which featured more stripped-down, acoustic arrangements; and this comes after Dylan released two albums with a full band, in fact with the group The Band. Dylan sang these songs to some friends, including Crosby, Stills, Nash, and Young, before recording them, and his friends gave mixed reviews. They didn’t feature his typical Beat-poetry-like string of associations that he was known for in earlier records, but rather more honest songs that seemed to be about his recent separation with his wife, Sara. Of course, years later in classic flippant Dylan fashion, he stated that the songs were based on the short stories of Anton Chekhov. Now that’s a twist.