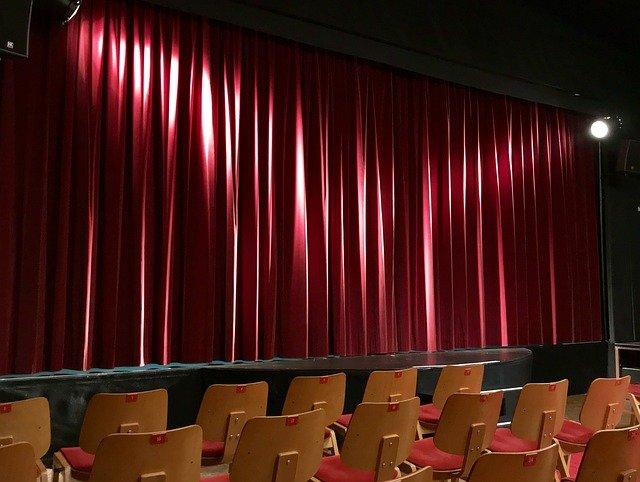 We returned to a tried and true genre this week on Ether Game: the overture. Browse our playlist of instrumental introductions.

Leonard Bernstein (1918–1990) Candide Overture Leonard Bernstein’s operetta Candide has had a very tumultuous history. It was a flop at its 1959 premiere on Broadway. Over the next 30 years it went through numerous revisions and re-hatchings. It wasn’t until 1989 that Bernstein recorded his final and definitive version of the work with the London Symphony Orchestra & Chorus. Candide is based on Voltaire’s satire about a young, naïve man who takes a crazy journey around the world in search of “the best of all possible worlds.” Since its first concert performance on January 26, 1957 by the New York Philharmonic, the overture to Candide has become one of the most frequently performed orchestral compositions from a 20th century American composer.

Arthur Sullivan (1842–1900) and W.S. Gilbert (1836–1911) The Mikado: Overture Gilbert and Sullivan’s The Mikado premiered in 1885 when everything Japanese was all the rage in Europe. This mania for Japan, known as “japonisme,” was a byproduct of the forced reopening of trade with the country after it had isolated itself from the western world for over 200 years. Exhibitions of Japanese art showing woodblock prints and painted screens influenced many artists at the turn of century, who saw the Japanese aesthetic as something exotic and new. Gilbert and Sullivan’s operetta is very far from an accurate depiction of Japanese culture, they most likely set the libretto in Japan because it was very popular at the time, and they could use a distant exotic location like Japan as a way to criticize Victorian society without being called out for it. While The Mikado has endured as a masterpiece of its genre, the orientalism inherent in the score is often considered problematic, encouraging directors to come up with creative solutions for modern productions.

Fanny Mendelssohn-Hensel (1805-1847) Concerto Overture in C Major Fanny Mendelssohn showed as much musical promise in her youth as her younger brother Felix, but much of her work was not published in her lifetime. Prevailing cultural values in the 19th century discouraged women from publishing their compositions, which was a shame because Fanny was a very prolific composer. Her catalog of 460 works includes cantatas, chamber works, solo piano pieces, and orchestral music, including this Concert Overture in C. The monumental solo piano collection Das Jahr continues to be her most popular work, and Fanny Mendelssohn has recently become the subject of more research, as musicologists attempt to restore her and her music to its rightful place in music history. In 2018, a museum opened in Germany on Felix and Fanny Mendelssohn, and highlights the dedication of both son and daughter to the craft of music.

Jean Sibelius (1865-1957) Karelia Overture, Op. 10 Karelia Music stands as one of Jean Sibelius’ masterworks, however you will not hear flights of fancy and virtuosity in this music. A key principle of Sibelius’ style was to eschew frivolous technical elements in favor of  capturing a naive folk-based authenticty. That is not to say that Karelia Music is easy to perform. We just listened to the overture, which preludes forty-five minutes of music: eight tableaux and two intermezzi, in which the composer leads the listener through an exploration of the music of the Karelia region which sits on the borders of Finland, Russia and Sweden. Sibelius completed the piece in 1893 and premiered the work with a student orchestra in Helsinki. The piece was well received, although Sibelius complained that “You couldn't hear a single note of the music – everyone was on their feet cheering and clapping.”

Lully, Jean-Baptiste (1632–1687) Armide: Ouverture and Passacaglia At a time when Italian opera was the craze all over Europe, Jean-Baptiste Lully single-handedly made French Baroque opera a force to be reckoned with. Perhaps this is because he caught the ear of Louis XIV, who named him Royal Composer, and therefore the only person in all of France who was officially allowed to write and direct opera. We just heard an example of one of his many significant contributions to opera: The French Overture. Unlike the traditional overture which draws on themes heard later, the French Overture has it's own musical form and uses distinctive dotted rhythms to create a stately atmosphere. It was primarily a piece of processional music, played to accompany the entrance of the King into the performance hall. The French Overture became so popular all over Europe that composers began including them at the top of all sorts of pieces, not only operas, but chamber works as well.

Samuel Coleridge-Taylor (1875-1912) The Song of Hiawatha, Op. 30: Overture Samuel Coleridge-Taylor wrote three separate cantatas on texts adapted from Henry Wadsworth Longfellow’s phenomenally popular poem “Song of Hiawatha.” The overture we just heard was composed later, particularly when unified performances of all three works became common. Although Longfellow claimed his poem to be based on actual Native American lore, this connection is thin, at best. The plot is loosely based on several stories collected by an American ethnographer, and the name “Hiawatha” was itself borrowed from a different historical figure, one of the legendary founders of the Iroquois Confederacy. As an Englishman of mixed African descent, Taylor had little personal connection to indigenous American culture of any kind, but an interest in his African ancestry led him to experiment with influences from the music of traditional spirituals, which we can perhaps hear in this overture.

William Schuman (1910-1992) American Festival Overture Schuman began his career in popular music. In his early twenties, however, he attended a performance conducted by Arturo Toscanini. Inspired by the possibilities of writing for orchestra, Schuman threw himself into concert music. He eventually came to the attention of Copland and Serge Koussevitsky, who promoted his career. Schuman also had a distinguished career as an editor, educator, and administrator. He directed publication at G. Schirmer and held tenures as president of both the Julliard School and the Lincoln Center for the Performing Arts. Although his compositions are overall quite varied, Schuman has often focused on American themes. In addition to his “American Music” symphony, and a set of movements based on hymn tunes of William Billings, he composed this American Festival Overture. Schuman wrote that the piece does not describe a specific American festival, but simply music for a very festive occasion.

Peggy Glanville-Hicks (1925-1990) Sappho: Act 1: Overture Australian composer Peggy Glanville-Hicks studied composition under Vaugn-Williams and Nadia Boulanger in Europe for five years before moving to America, where from the 40’s through the 60’s she became an accomplished composer of symphonic music and opera. Later she moved to Greece where she found inspiration in ancient Greek texts and poetry. The most significant of her compositions from this period are two operas centered on the lives of Greek women, Nausicaa and Sappho. Sappho is an adaptation of a play written in 1950 by Lawrence Durrell, and is a fictional elaboration of the life of the influential 6th-century poet from Lesbos. The opera explores the conflict between the creative mind, which seeks quiet focus, and a world of action which always intrudes on it. Though Sappho was one of Glanville-Hicks’ favorite compositions, the opera was never performed until after the composer’s death in 1990.

Andrew Lloyd Webber (b.1948) Jesus Christ Superstar: Overture  Using the popular idiom of rock to tell the story of Jesus is enough to ruffle feathers,  but an attempt to humanize him can be considered an uncalled for bit of boat- rocking. Andrew Lloyd Webber and Tim Rice’s rock opera takes the traditional biblical tale of Jesus and considers it from Judas Iscariot’s point of view. Initially released as a concept album before being staged in 1971, the sympathetic characterization of this arch-traitor was particularly odious to Christian leaders. In Webber and Rice’s retelling of this old story, Judas sees Jesus’ teachings as part of a secular movement to help the poor. Judas feels that the notions of Jesus being a divine person to be detrimental to the progress of a populist movement for greater equality. Despite all the controversy, this rock opera was enormously popular, with songs like “I Don’t Know How to Love Him” reaching top charting positions, and rock opera becoming a standard genre in musical theater.