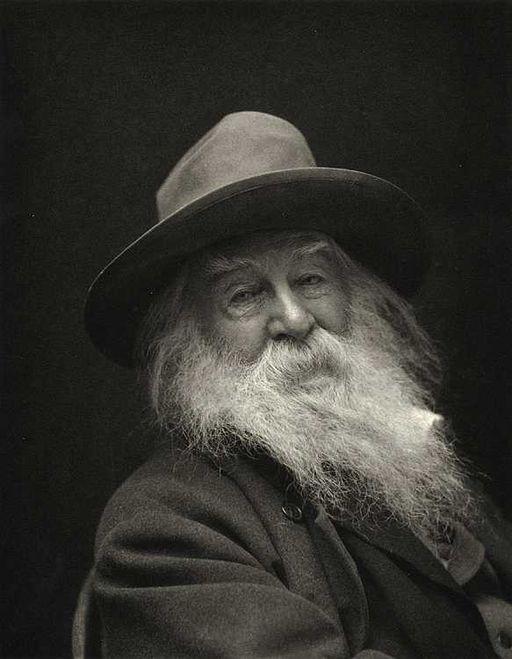 Walt Whitman inspired over 1200 pieces of classical music with his poetry and journal writings. This week. we asked our listeners to try to guess nine of those pieces. Given the subject matter, many of these works are somber, but Whitman also had a great capacity for tenderness and spirit, as reflected in this music.

Ludwig van Beethoven (1770-1827) Septet in E-flat, Op. 20 Over twelve hundred pieces of art music are known to have been inspired by Walt Whitman’s writing. Conversely, the poet wrote about music at multiple times throughout his life, and was deeply moved by the performances he attended in his lifetime. References to music appear in his published collections, famously in Leaves of Grass. There is also a journal entry by Whitman where he recounts attending a performance of Beethoven’s Septet in E-flat at the Philadelphia Opera House. The piece had a profound effect on Whitman, who wrote quote “Never did music more sink into and soothe and fill me — never so prove its soul-rousing power, its impossibility of statement.end quote. As he grew older, he would meditate often on whether music might be the purest and profoundest expression of nature.

Gustav Holst (1874-1934) Walt Whitman Overture, Op. 7 (1899) Holst wrote the overture we just listened to early in his professional career, only a year after he had completed his studies at the Royal College of Music. You can hear that he is still gaining his own stylistic footing; the overture is heavily influenced by the compositional techniques of Richard Wagner. Holst was not a particularly political person, though he joined the Hammersmith Socialist Club in 1897 and conducted their choir. Through this group he was introduced to the poetry of Walt Whitman. Whitman’s blend of mysticism and realism appealed to many British composers, and while he only inspired one overture out of Holst, Holst’s friend, Vaughan Williams, produced an entire song cycle from Whitman writings.

Louis Bourgeois (ca. 1510–1561) (melody) Calomel We’ve already learned that Whitman enjoyed classical music, especially works by Beethoven. That wasn’t always the case. As a young man, Whitman seemed to prefer American folk music to art song. He was especially fond of a group that he decribed as “new and true in American Music”, The Hutchinson Family Singers and he was not alone in his fondness. The Hutchinson Family Singers were the most popular American entertainers of the 1840s, specializing in close, four part harmony, not unlike a barbershop quartet. They are probably the first genuine example of an American pop group, a sort of mid-19th century Peter, Paul and Mary, with a singing style rooted in English and Irish folk song, but with mostly original music. Calomel, written by Jesse Hutchinson about a pharmacy drug, was one of their most popular songs and borrows its melody from a hymn tune, Ein Fest Burg by Martin Luther.

Ralph Vaughan Williams (1872-1958) Dona nobis pacem II. Beat Beat Drums Vaughan Williams composed this musical plea for peace in 1936 as fears of another world war were growing across Europe. The work is large-scale cantata that intertwines texts from the Bible, the Catholic Mass, three poems by Walt Whitman and a political speech made during the Crimean War. This mix of sources creates lyrics that are timeless, poetic and at times disturbing. After an Agnus Dei, the listener is transported to the battlefield in the second movement, which begins with the first Whitman poem, Beat! Beat! Drums! Rolling timpani open the movement, followed by trumpets which play military bugle calls. Whitman describes the drums and bugles of war as the first disruptors of peace, interrupting the lives of church congregations, bridal parties and scholars with their music. Above all, the cantata expresses one of Vaughan Williams’ strongest beliefs, that music was a means to preserve civilization.

John Adams (b.1947) The Wound-Dresser Adams composed this piece for the baritone Sanford Sylvan, who had worked with the composer previously when he played Chou En-Lai in Adam’s opera Nixon in China. The text is composed of selections from the poem The Wound Dresser, which is based on Whitman’s experiences volunteering at a hospital during the American Civil War. The poem is brutal, graphic and blunt, however Adam’s gloomy and pensive accompaniment is understated, imbuing the work with the solemn dignity of an elegy. The piece has little driving movement, and the drama slowly builds to moments of heavy intensity separated by periods of sparse orchestral textures.

Jennifer Higdon (b.1962) Dooryard Bloom Higdon’s setting of Whitman’s poem When Lilacs Last in the Dooryard Bloom’d was commissioned by the Brooklyn Philharmonic in 2004. Whitman wrote the long poem in the aftermath of Lincoln’s assassination during a period of national mourning. Higdon writes that when composing this piece, she was cautious not to restate the extreme range of emotions and subtle stages of grief Whitman had already masterly captured in the text. She instead attempts to capture what might not be possible to convey with words, a suggestion for the listener to draw their own meanings, whether it be literal, emotional, metaphorical, or all of these at once.

Frederick Delius (1865-1934) Sea Drift Many agree that Sea Drift is one of the first masterpieces of Delius’ mature style. Having completed the large-scale work Appalachia a year earlier, Delius approaches another American theme with the same musical forces. The title of the piece refers to a section of Leaves of Grass where Whitman compiled eleven poems about the sea. For his setting Delius chose the first poem which begins “Out of the cradle endlessly rocking.” The poem is an elaborate analogy of love and grief, describing a boy who observes two seabirds nesting. The female mysteriously disappears and the male seabird laments the loss of his mate.Sea Drift is performed as a single movement tone poem, however there are seven distinct sections which mirror the sequence of ideas in the text.

Camera Obscura (r. 2013) I Missed Your Party “I Missed Your Party” is a track from the album Desire Lines, the fifth and last released studio album of the Scottish indie band Camera Obscura. The album was written and recorded while the band’s long-serving keyboard player Carey Lander was receiving treatment for osteosarcoma, and the band took an extended hiatus after Carey’s death in 2015. The band’s innocent and quirky songwriting often couches brutal emotional honesty in their lyrics, usually on themes of heartbreak and tragedy. Camera Obscura began performing again in 2018 and confirmed in 2020 that preparations for their sixth album were underway.