Nothing but Nymphs: Ether Game Playlist 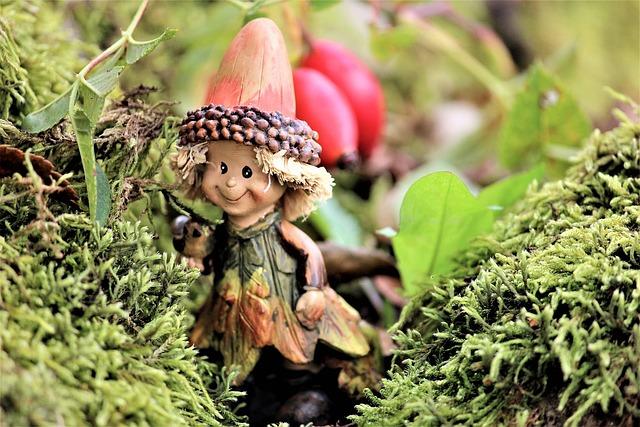 This week, the Ether Game Brain Trust paid hommage to those beautiful nature spritis of folklore and mythology with a show titled "Nothing but Nymphs." Below you can decend to our musical grotto for songs, tone poems and solos featuring wood nymphs, water nymphs, sprites and sylphs.

Bedrich Smetana (1824-1884) Ma Vlast: The Moldau: Moonlight: Dance of Water Nymphs  It’s no Beethoven’s Ninth, but Bedrich Smetana, the father of Czech music, did compose the symphonic cycle “Ma Vlast” (or ‘My Fatherland’) largely after he was completely deaf. In the 1860s, Smetana had returned to Prague, just as Czech (formerly Bohemian) nationalistic fervor had re-awakened. The Moldau, written in honor of the Vltava River in Bohemia (Moldau in German), was premiered in 1875 and is the second of the six symphonic poems that make up Ma Vlast, and the most widely performed. The music moves us from the river to a forest hunt, a peasant wedding, and in the excerpt we just listened to, water nymphs dancing in the moonlight. Nymphs are a common feature of Czech folklore, and appear in works by other well-known Bohemian composers; chief among them Dvorak, who’s operatic water-nymph Rusalka appears in Czech and Russian folklore going back hundreds of years.


George Frideric Handel (1685-1759) ACIS AND GALATEA, HWV 49a: Sinfonia The myth of Acis and Galatea comes from Ovid’s Metamorphosis, and tells the story of the love between the sea-nymph Galatea and the human shepherd Acis. The only problem is the cyclops Polyphemus—who also made an appearance as a troublemaker in Homer’s Odyssey. Polyphemus also loves Galatea—in Handel’s telling of the tale, Polyphemus declares his love for Galatea, comparing her complexion to the color of a cherry. His cherry-colored love remains out of reach, and later in a jealous rage, Polyphemus murders the shepherd with a boulder. Galatea then transforms the blood of her murdered lover into the waters of the Acis River in Sicily. Romantic, right? The story was adapted into a libretto written by John Gay (who also wrote The Beggar’s Opera) and then set to music by Handel, becoming Handel’s first English language work.


Richard Wagner (1813-1883)Das Rheingold: Scene 1. :Das Rheingold is the opera for the first evening of Wagner’s four opera cycle Der Ring des Niebelungen [The Ring of the Niebelungs]. In the first act, the dwarf Alberich is mocked by the capricious Rhinemaidens, Nymphs who live in the Rhine River, and it should come as no surprise that Wagner gave these Nymphs such an exact home location. Throughout mythology, Nymphs have been associated with endearingly specific locations. The Greeks named groups of nymphs for many of their major rivers, such as the Thessalides, who lived in the Peneus river in Thessaly. It got even more specific: the Sithnides were nymphs said to inhabit a local fountain in the Greek town of Megara. Back in the Rhine, Alberich discovers the gold that the Rhinemaidens guard, and is told that the gold can be made into a ring that will give the wearer limitless power, but only he who renounces love can fashion the ring. Hungry for wealth and power, Albrich wrests the gold away from the Rhinemaidens and renounces love.


Claude Debussy (1862-1918) Syrinx It's not uncommon to hear a piece for solo flute these days, but before Debussy wrote Syrinx in 1913, the most significant piece of solo flute music had been published 150 years earlier by C.P.E. Bach. Syrinx marked a pivotal point in the development of solo wind music, and its composition would not have been possible without the invention of the fully chromatic metal flute developed by Theobald Boehm in 1847. Debussy originally wrote the piece without bar lines, giving the performer ample room for expression. This, combined with new techniques made possible by the Boehm system, showed audiences the full emotional potential of the unaccompanied flute, and brought to life the ancient subject that inspired the piece. Debussy named the work for the beautiful nymph Syrinx, who is accidentally killed by Pan in a tragic love story.


Jean Sibelius (1865-1957) The Wood-Nymph Op. 15 Finland’s musical world was rocked in 1996 when musicologist Kari Kilpeläinen announced that he had rediscovered a piece by Finland’s national composer. Sibelius’ orchestral ballad ,The Wood-Nymph was only performed four times during the composer’s lifetime, never published, and eventually squirreled away at the University of Helsinki archives, where Sibelius left his juvenalia, sketches and manuscripts that he didn’t want to see the light of day. It’s unclear if Sibelius intended to suppress performances of this work, seeing as an abridged version continued to be staged as a melodrama for chamber ensemble and narrator. The work depicts the Swedish folktale of Bjorn, a wanderer who is seduced by a type of wood-nymph called a Skogsrå. That’s a sort- of Swedish version of the Odysee’s siren, although they appear as beautiful women walking alone in the woods rather than at sea. The Skogsrå was said to steal the soul of any man who followed her into the woods, never to be seen again.   .


Mischa Levitzki (1898-1941) The Enchanted Nymph : Due to his demanding performance schedule as a concert pianist, as well as his untimely death from a heart attack at age 42, Levitzki’s oeuvre of original compositions is relatively small. However little there is, we know that Levitzki’s works were extremely popular with audiences, who would request he play certain pieces even if they were not programmed for a recital. Levitzki had a natural predilection for swung rhythms, so it is no surprise that the Viennese waltz was his favorite genre to compose and improvise in. The Enchanted Nymph is one of his more programmatic works. The contrast between the shimmering and lyrical opening theme which shifts into the waltzing middle section, and then dramatically returns with greater emotional intensity is more like a miniature ballade than a grand waltz.

Claudio Monteverdi (1567-1643) MADRIGALI AMOROSI: 'Lamento della ninfa Claudio Monteverdi composed his Eighth Book of Madrigals in 1638.  Seventy-one years old at the time, Monteverdi must have viewed this collection as the pinnacle of his work with the madrigal, and it would come to represent the last experimental phase of the genre before the madrigal would transform into the operatic aria. The collection is known as Madrigals of War and Love, and contains two sections of madrigals for one to six voices. Monteverdi set his music to a poem by Italian poet Ottavio Rinuccini, who would go on to collaborate with Jacopo Peri on Daphne, one of the earliest operas. In Lamento della ninfa, Rinuccini presents a nymph who despairs over a lost lover, possibly a human man, who has left her for another woman. She rages against the beauty of this other woman, singing that “sealed within my breast, O Love, Lives a faithfulness still fairer.” Rinuccini finishes the lament with a timeless observation: “And so it is that in the heart of every lover. Burns, side-by-side, love’s flame and ice. “

Felix Godefroid (1818-1897) La Danse de Sylphes When Sebastian Erard developed the double-action mechanism in 1810 that allowed pedal harps to seamlessly play in all keys, it required a generation of virtuoso harpists to expand and perform the repertoire that was suddenly possible on the harp. One of these notable composers and musicians was the Belgian harpist Felix Godefroid. After dropping out of the Paris Conservatoire, which was still accustomed to using the older single-action pedal harp, he became a student of Elias Parish-Alvars, otherwise known as the “Listz of the harp,” who was championing the modernized instrument. Godefroid wrote around three hundred works for harp, many of them concert showpieces with flashy, florid and decorative effects requiring an advanced level of technical dexterity. His La Danse des Sylphes uses rapid transposition of the melody into the highest registers of the harp to evoke the fluttering, twinkling dance of wood sprites.

Suzanne Vega (b. 1959) Calypso In Homer’s great ancient Greek epic The Odyssey, Odysseus is shipwrecked while returning from the Trojan War. He is saved from drowning by a sea-nymph named Calypso, who brings him to her island and enchants him by singing as she weaves at her loom with a golden shuttle. The nymph is determined that Odysseus will live with her as her lover forever. However, the gods Zeus and Athena have other plans for the legendary hero and order Calypso to set Odysseus free. Singer-songwriter Suzanne Vega wrote Calypso in 1978, where, taking a more sympathetic view of the character, she sings from the nymph’s point of view about loneliness and love lost.