March Goes Out Like a Lamb: Ether Game Playlist 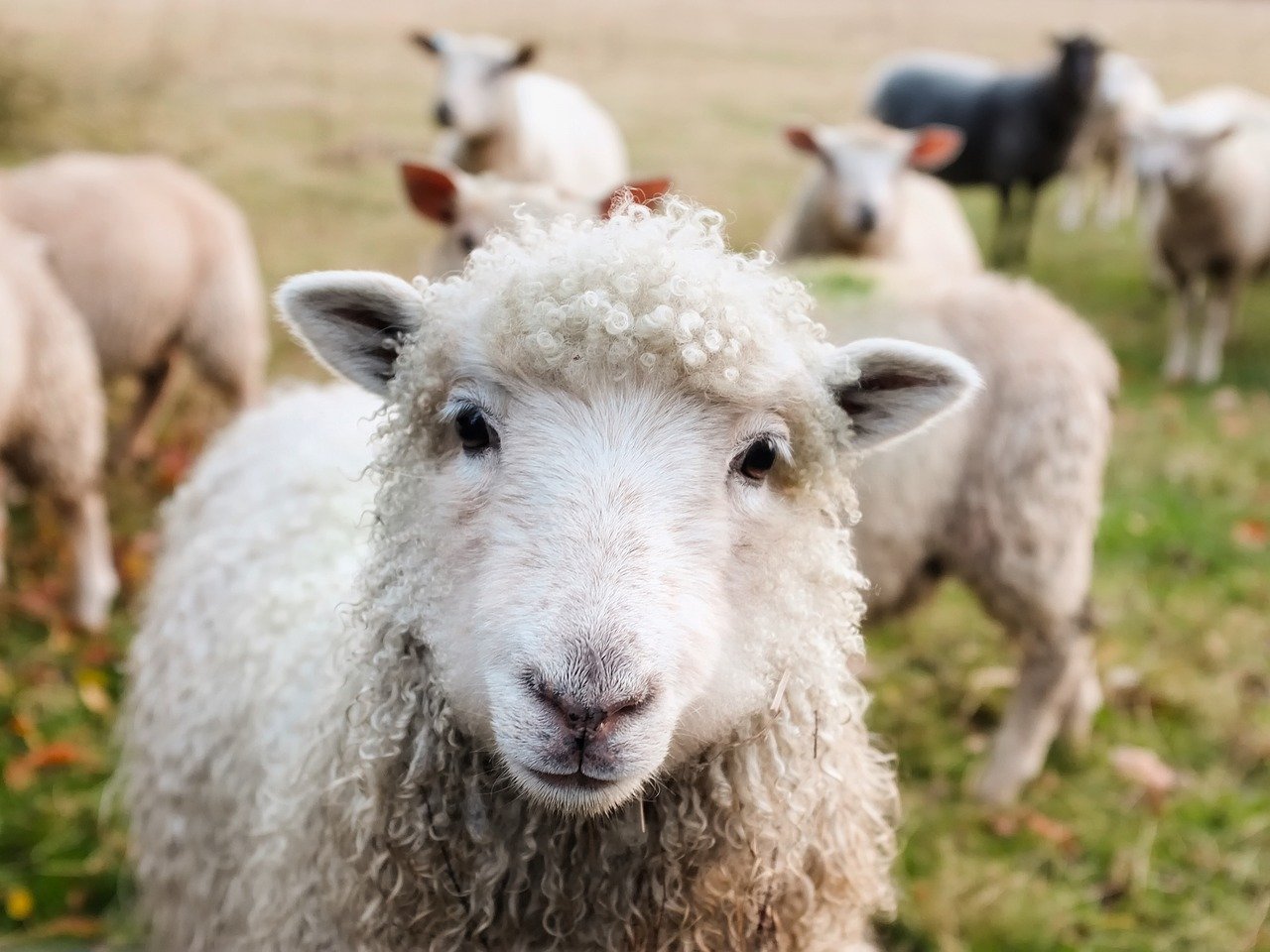 Its the end of March, and you know how the saying goes. In honor of the nice weather, we are taking to the fields with an hour of music on the theme of the bucolic. Its March Goes Out Like a Lamb.

Ludwig van Beethoven (1770-1827)Symphony No. 6 in F, Op. 68 'Pastoral' Mvt: II Andante Beethoven’s 6th symphony, the “pastoral” symphony, was originally composed for a benefit concert in 1808. The 5th Symphony was written for this same concert. While the 5th symphony, in the dramatic key of c minor, brims with fire and passion, the 6th symphony, in the traditionally pastoral key of F major, serves as a idyllic foil. Unlike the 5th symphony, the movements of the 6th all have prosaic titles. Beethoven sets the scene with the first movement, which bears a subtitle alluding to the awakening of cheerful feelings felt by one who is just arriving in the countryside. The second movement, “Scene by the Brook,” invokes the sound of running water. This cheerful scene is followed in the third movement by a “merry gathering of country folk,” and, in the fourth movement, by a storm. The symphony concludes with the “Shepherd’s Song,” in which the shepherd feels the gratitude of one who has made it through the storm and come to the other side unscathed.

Aaron Copland (1900-1990) Appalachian Spring: Suite Appalachian Spring was the third of Aaron Copland’s great American ballets, and the first written for famed choreographer Martha Graham. Copland did not know the plot of the ballet when he began work on it, but simply knew that Graham wanted something with an American theme. Originally called Ballet for Martha, the ballet ended up being about a group of Shakers, a religious sect in Pennsylvania in the 19th century, and their springtime celebrations after building a farmhouse for a young married couple. The original ballet music from 1943 was for a chamber ensemble of 13 musicians. In 1945, Copland excised about 10 minutes of the ballet to create an orchestral suite for both chamber ensemble and full orchestra. In 1954, at the request of conductor Eugene Ormandy, Copland orchestrated the full ballet.

Franz Schubert (1797-1828) Der Hirt auf dem Felsen [The Shepherd on the Rock], D. 965 By February of 1823, Schubert was already mentioning in his letters that his health was in decline.  This was almost certainly due to syphilis; researchers estimate that in some 19th-century European cities, the infection rate was as high as one in every five inhabitants.  Despite the severity of the disease, Schubert enjoyed a final respite from its symptoms in 1825 and 26.  Schubert’s fame was also increasing, and in March 1828 he undertook the first public concert devoted entirely to his own music.  The concert was a great success, but by August 1828 Schubert was sick enough to have to consult the court physician, Dr Ernst Rinna.  Despite illness, giddiness, headaches, and periods of delirium, Schubert was able to complete three piano sonatas, a string quintet, and the song The Shepherd on the Rock all in the last four months of his life.  Due to imprecise medical science, as well as to avoid the stigma connected with venereal disease, Schubert’s death certificate gave the cause of his death as Nervous Fever.

George Frideric Handel (1685-1759) Il Pastor Fido: Overture Il pastor fido was Handel’s second London opera, opening on November 22, 1712.  This quiet, rustic drama in an Italian style did not suit London audiences as well as Handel’s first London opera, the heroic RINALDO.  Although panned by the press, RINALDO proved very popular with the English public.  The opera was filled with spectacular scenic and musical effects.  The orchestra actually contained no fewer than four trumpets!  After the disappointment with Il pastor fido Handel’s next opera, Teseo, returned to the heroic style of RINALDO that had proved so popular with the English public.

Ralph Vaughan Williams (1872-1958) A Pastoral Symphony (Symphony No. 3) The work that established Vaughan Williams’s reputation as the leading composer of his generation was his second symphony, called “A London Symphony.”  Shortly after the First World War, he produced his third symphony, deceptively titled “Pastoral Symphony.”  This work helped fix his reputation in the inter-war years as a typically “English” composer—conservative, agrarian, and unemotional.  The composer, however, intended something quite different with the Pastoral Symphony.  He wrote that the piece was not really about “lambkins frisking away,” but rather took its roots in his experiences as an ambulance driver in France during WWI. Most listeners and writers have missed the elegiac character of the music in favor of the bucolic image of what the composer scorned as “cows looking over gates.”

Germaine Tailleferre (1892-1983) Three Pastorales A group of six former classmates at the Paris Conservatory—Francis Poulenc, Darius Milhaud, Arthur Honegger, Germaine Tailleferre, Louis Durey, and Georges Auric—began assembling concerts together in Paris in 1917 under the name Les Nouveaux Jeunes, “The New Young Ones,” but it wasn’t until 1920 when critic Henri Collet gave them their famous moniker Les Six, “The Six.” Tailleferre was the only female member of Les Six, and probably showed the most promise at the conservatory, winning the highest prizes in counterpoint, solfege, and accompanying. As a collective, Les Six was short-lived and only produced one official set of compositions together, the Album des Six published for piano in 1920. Tailleferre’s contribution was a pastorale, dedicated to Milhaud, and originally written for her brother’s marriage in 1919.

Eric Ewazen (b.1954) Ballade, Pastorale, and Dance Eric Ewazen was born in Cleveland, Ohio, in 1954.  He studied at Eastman and Juilliard under such noted composers as Samuel Adler, Milton Babbitt, Gunther Schuller, and Joseph Schwantner.  He has won a number of awards, including the BMI Award, the George Gershwin Prize, the Howard Hanson Prize, and the Bernard Rogers Award.  A trombonist, Ewazen has composed a number of works for solo brass instruments, brass ensembles, and band.  He was commissioned to write a symphony for wind ensemble to commemorate the bicentennial of West Point.  The Ballade, Pastorale and Dance is for the more modest forces of flute, horn, and piano.  It was composed during the winter of 1992-1993 and first performed at Aspen in July of 1993.

Sven-David Sandström (1942-2019) Agnus Dei Scandinavian composer Sven-David Sandström is well known here at WFIU because he used to teach composition at the Indiana University Jacobs School of Music. He’s written in a variety of genres, including concertos, film scores, and even an opera. This short Agnus Dei—which comes from the Latin mass and means “Lamb of God,” in case you were wondering how it fit into tonight’s theme—came from a turning point in Sandström’s career in 1980. Around this time, he began to focus on choral works and evoking a more Romantic musical idiom. He said this new approach showcased who he really was in a piece of music, instead of hiding behind what he called a “technical façade.”

Ian Anderson (b. 1947) Songs from the Wood In 1977 the English progressive rock band Jethro Tull explored a new direction when they embarked on a trio of albums combining folk-inspired music with a classic hard rock sound. It is likely that frontman Ian Anderson was inspired by the band Steeleye Span, who played more traditional English folk music, and for whom Anderson produced an album in 1974. The first album of Jethro Tull’s folk-rock trio, Songs from the Wood, is a celebration of British pagan folklore and the countryside. Upon its original release, A UK newspaper advertised it as “ A new album of Old Magic inspired by the thought that perhaps nature isn’t as gentle as we’d like to believe. And it takes as its theme the natural and supernatural inhabitants of the woodlands of old England.” The next two albums in the Jethro Tull’s trio, Heavy Horses and Stormwatch, would explore other aspects of English folklore and life.