March Comes in like a Lion: Ether Game Playlist 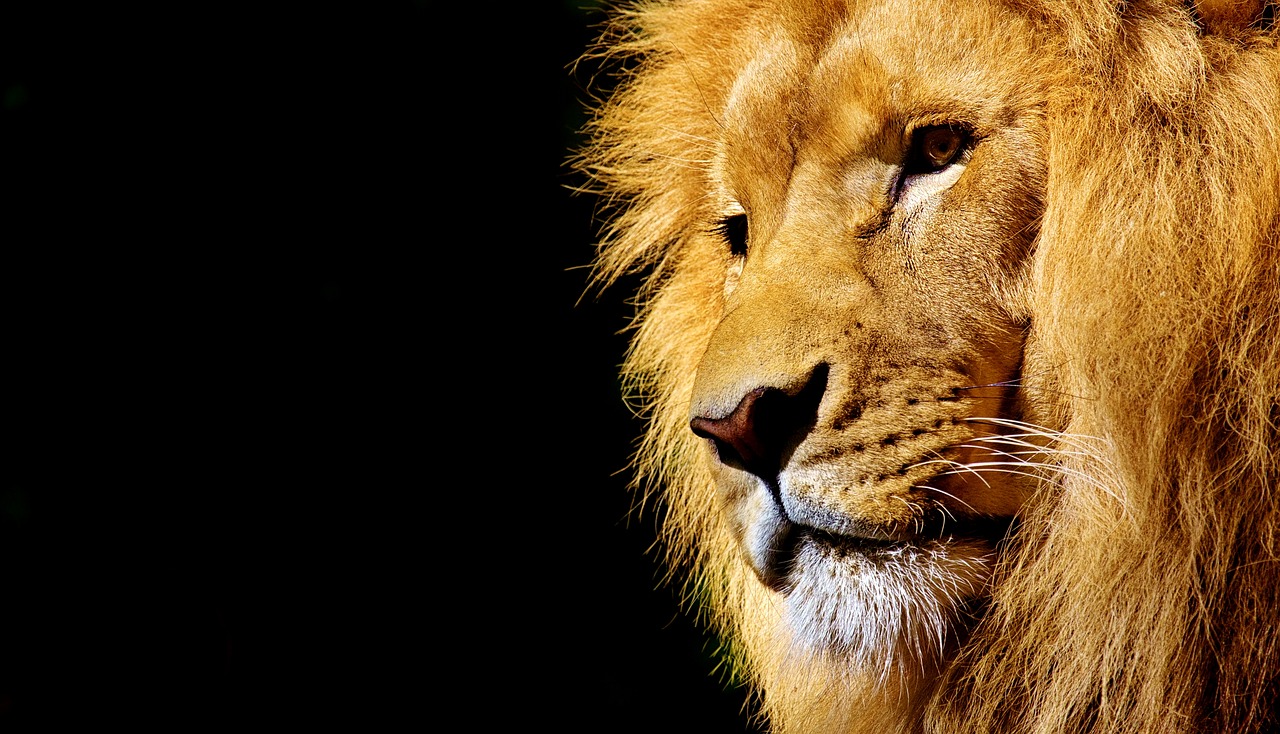 Roar your way through our playlist, and watch out for lions, tigers and bears.

Sergei Prokofiev (1891-1953) Peter and the Wolf In 1936, after spending years abroad, Prokofiev chose the worst possible time to return to the Soviet Union. Just as Peter and the Wolf was being composed, Stalin’s regime was tightening its control over artistic culture. Why did Prokofiev go back? It’s possible that he was promised a privileged artistic position within the Soviet administration. Also, the gap left by Shostakovich's recent fall into official disfavor may have tempted Prokofiev’s careerist instincts. Upon returning, the former musical renegade dedicated himself to officially sanctioned music. Educational children’s music like Peter and the Wolf received a great deal of official support in Soviet Russia. Prokofiev wrote the narration himself, using it to both tell a story that would appeal to kids, and to teach them about the orchestral instruments that “play” the characters. Different instruments play different characters, for example, the flute is the bird, the clarinet is the cat, the horns are the wolf, and the oboe, is the duck.

Joseph Haydn (1732-1809) Symphony No. 82 in C 'The Bear' This symphony acquired its ursine nickname because of this last movement. In this rustic finale, the imitated bagpipe and rollicking melody reminded critics of the music used to accompany dancing bears at public entertainments. The commission for the so-called “Paris” Symphonies came at a time when Haydn was becoming increasingly independent from his employers at the Esterhazy court. Haydn used his new freedom to promote his music abroad, following commissions from Paris and eventually London. This symphony was also a “bear” of a piece for Haydn. The orchestra provided by the Olympic Lodge (an organization of the Masons) was larger than any group for which Haydn had ever written.

Richard Wagner (1813-1883) Siegfried: Forest Murmurs Wagner imagined his opera Siegfried as a story in which a brash young hero overcomes a series of obstacles on his way to manhood. Wagner in fact modeled Siegfried’s bravery after the Grimm Brothers Fairy Tale “The Boy Who Set Out to Learn Fear.” One of Siegfried’s first trials was when he slayed the dragon Fafner to claim the magic ring and helmet. Fafner was not always a terrible dragon. In the first opera of the ring cycle, he appears as one of the giants who bargains with Wotan to build Valhalla. Not until after he is exposed to the corrupting power of the magic ring is he transformed into a treasure hoard guarding dragon.  Before entering the dragon’s cave, Siegfried stops for a moment in the forest to appreciate the natural sound of the “Forest Murmurs,” heard in this excerpt. Later in the opera, Siegfried continues his quest when he boldly walks through a circle of fire and enters the mountain rock where the Valkyrie Brünnhilde is sleeping.

Igor Stravinsky (1882-1971) Renard Stravinsky’s comedic one-act opera ballet was originally commissioned in 1915 by the prominent arts patron and heiress Winnaretta Singer, for performance in her salon. However the piece did not premiere until it was staged by the Ballet Russe in 1922. Stravinsky’s adaptation of a Russian folktale depicting a clever but sinister fox and a gullible rooster calls for four singers and a small chamber ensemble, as well as a troupe of acrobatic dancers. As opposed to conventional operatic performance, the singers do not act in the scenes, but rather provide narration and commentary while all the action is performed by the dancers. Even though the tale of Renard is ultimately meant to teach a moral, Stravinsky intended the piece to be satirical and humorous, with the dancers imitating the exaggerated motions of the Russian Army and the singers occasionally making nonsensical animal noises.

Georges Auric (1899-1983) La Belle et la Bête [Beauty and the Beast] Main Title The musical adaptations of the popular French fairy tale Beauty and the Beast begin with an opera by André Grétry in 1771, and continue with works by Maurice Ravel, Philip Glass, and Alan Menken. This version comes from a 1946 film adaptation by Jean Cocteau with music by Georges Auric. The film is a classic of French film, with extravagant cinematic effects and Auric’s score all contributing to a dreamy and mysterious atmosphere. Auric, a child prodigy in music composition who was inspired by the music of Erik Satie, was the youngest member of the French avant-garde composing clique known as Les Six, and unlike the others, Auric spent most of his career working in French cinema. Though his film scores and many instrumental compositions were successful, Auric was a secretive composer, and a complete list of his compositions has yet to be prepared.

Lebohang "Lebo M" Morake (b. 1964) (add. music by Tim Rice, Hans Zimmer, Elton John, Julie Taymore and Jay Rifkin Grasslands Chant The Lion King had its premiere on the New York stage on October 15, 1997, three years after the release of the 1994 animated Disney film of the same name. The Broadway musical features many of the songs from the original film score, which won two Oscars, one for Best Original Score and one for Best Original Song (in fact, three of the five nominees in the Best Original Song category were from this movie). We just heard some of the additional music that was composed for the stage show, one of many aspects that set it apart from the film. This music, composed by South African performer Lebo M, who also appeared in the original cast, draws deeply from the Zulu people and the cultures of South Africa. Perhaps the musical’s most striking feature is the puppetry and design work created by stage director Julie Taymore. She would go on to design an iconic production of the Magic Flute for the Metropolitan Opera in 2006 that is still performed during the holidays.

Alan Hovhaness (1911-2000) And God Created Great Whales Alan Hovhaness was born Alan Vaness Chakmakjian in Somerville, Massachusetts, in 1911. His father was an Armenian chemistry professor at Tufts College, and his mother, a Scottish-American Wellesley graduate. He began to use the surname Hovhaness around 1930, stating a desire to change his name because “no one ever pronounced it right.” He was one of the most prolific composers of the 20th century, with an output containing some 434 opus numbers. His symphonies alone total nearly 70! Almost all of his major compositions are instrumental, and many of them are religious in nature. In addition, throughout his life, he displayed a strong interest in meditation and mysticism. “And God Created Great Whales,” composed for orchestra and taped whale sounds, was completed in 1970. It has become one of his most famous pieces. He died in 2000 in Seattle.

Aaron Jay Kernis (b.1960) The Blue Animals Aaron Jay Kernis is one of the most regularly-performed contemporary composers working today. He was resident composer to the St. Paul Chamber Orchestra. This was one of several noteworthy appointments held and prestigious commissions filled by this American composer. His connection to Minnesota also extends through the piece we just listened to. Blue Animals was written for a benefit concert and album project called Heartbeats: New Songs from Minnesota for the AIDS Quilt Songbook. The project was piloted by baritone William Parker, himself a victim of the AIDS epidemic in the late 80s, who died shortly after performing this music in 1992. The lyrics are by poet Joy Anderson, and though melancholy, they describe a serene, blue dawn accompanied by peaceful, grazing livestock.

Tommy Boyce and Bobby Hart (1966) Steppin' Stone When the Monkees first hit the scene in 1966, they weren’t taken all that seriously. The band was, after all, completely fabricated for the purpose of a television show. They were an obvious Beatles knock-off, from their look all the way down to their purposeful misspelling of their animal band name. Plus when it was revealed that they used studio musicians to help fill out their sound, the press gave them the moniker the “Pre-fab Four.” Today, their legacy is much stronger. The Monkees did end up writing and recording most of their own music on their later albums, but on their earlier albums, the group of musicians they got to help them out were simply the best in the business. They worked with L.A.’s Wrecking Crew, the same group of studio musicians that recorded with Phil Spector and the Beach Boys, and their songwriters included such Brill Building heavyweights as Carole King, Gerry Goffin, and Niel Diamond.