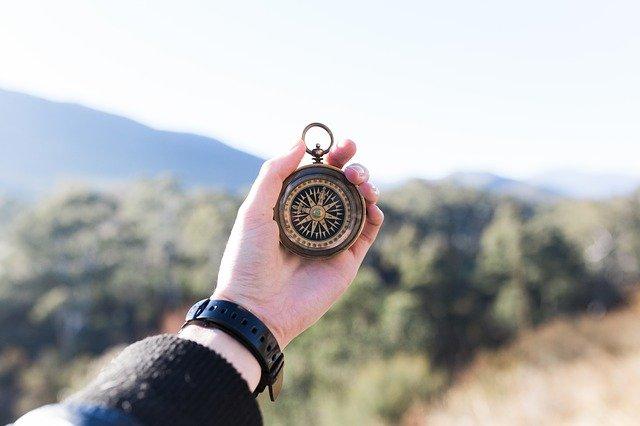 Channel your inner Rick Steves with our travel guide-themed Ether Game! This week we explored musical portrayals of travel destinations.

Bedrich Smetana (1824-1884) Ma Vlast: The Moldau It’s no Beethoven’s Ninth, but Bedrich Smetana, the father of Czech music, did compose the symphonic cycle “Ma Vlast” (or ‘My Fatherland’) largely after he was completely deaf. In the 1860s, Smetana returned to Prague, just as Czech (formerly Bohemian) nationalistic fervor had re-awakened. Smetana composed his folk opera, “The Bartered Bride,” in this spirit of nationalism, and continued working on operas until the onset of his deafness in 1874. This movement of Ma Vlast, written in honor of the VLTAVA RIVER in Bohemia (known as the Moldau River  in German), was premiered in 1875 under the baton of Adolf Cech, and features an adaptation of an old Italian melody La Mantovana. This melody has also been used by composer Camille Saint-Saens, and in the 20th-century was adapted as the Israeli national anthem.

Aaron Copland (1900-1990) El Salón México Copland’s style is not often described as traditional in the European classical music sense, but his Salon Mexico follows a tradition used by many of those composers, of writing musical memories of places they’ve visited. In the 1930s Copland toured Mexico City, and while there he visited a dance hall called El Salon Mexico that played music from all over the various regions of Mexico. Mexico City was the dance capital, and Copland likely saw some of the best dance bands the country had to offer.  Copland sought to recreate the complexity of the experience in the one movement tone poem we just listened to, but he later wrote that he never felt that he was able to express more than a tourist’s version of the music of Mexico. A respectable statement coming from a composer whose music has been described by many as evocative of the American spirit in its purest form.

Charles Ives (1874-1954) Second Piano Sonata 'Concord, Mass., 1840-60' IV. Thoreau Each movement in Ives’ second piano sonata corresponds to an important historical figure in American Transcendentalism. Influencing literature, religion, philosophy, sociology and politics, transcendentalism emphasized personal freedom, individuality, and a belief in the inherent goodness of nature and people. Many Transcendentalist writers believed you could rediscover your personal relation to the universe by returning to nature. This was especially true for Henry David Thoreau, for which the final movement of the sonata is named. Ives sought to evoke the tranquility and natural beauty of Thoreau’s famous cabin retreat at Walden Pond, We know from an essay Ives wrote that there is a “walking theme” that occurs several times throughout the movement, as well as a return of the main melody played on the flute, which acknowledges that Thoreau was a flautist himself.

Eric Coates (1886-1957) London Suite Eric Coates became one of the most successful composers of light classical music in early 20th century London. He was trained at London’s Royal Academy of Music, and upon leaving school in 1910, became a violist in Queen’s Hall Orchestra under the direction of Henry Wood, one of London’s greatest conductors. His viola playing eventually took a backseat to his composing and conducting duties. He was fired from the orchestra after sending in too many people to sub for him, but Coates was relieved, because it allowed him to work on his music full time. In 1933, he wrote the London Suite. The final movement, a march named after the residential district of Knightsbridge, became a popular work, used as the theme music to several radio shows on the BBC. Coates’s London Suite became so popular that three years later he wrote another suite called London Again Suite.

Guillaume de Machaut (c. 1300–1377) Messe de Nostre Dame: Sanctus Guillaume Machaut was an extraordinary figure of the Medieval period. Respected as both a poet and a composer, he was so popular that more biographical information on his life survives than any other medieval composer. His Messe de Nostre Dame is the first complete setting of the mass ordinary attributed to a single composer. Machaut was central to a music compositional movement called the ARS NOVA or “New Art.” The principle development of this movement was a new form of notation that allowed for smaller note values in written music, resulting in a greater variety of rhythmic possibilities. Machaut was also respected for his creativity. His Mass has been interpreted as an early programmatic work; the music alternates between periods of sustained notes and spidery, interlocking melodies, believed to musically depict the beautiful stained glass windows of Notre Dame Cathedral.

Leopold Godowsky (1870-1938) Suite Java No. 8: The Gardens of Buitenzorg Polish-American pianist Leopold Godowsky was a self-taught virtuoso at the keyboard. He was probably the greatest piano virtuoso after Franz Liszt, and was praised by his contemporaries like Arthur Rubinstein and Sergei Rachmaninoff. Beginning in 1900 he performed around Europe every year until 1909, after which he settled back in America to work on transcriptions and make gramophone recordings. In 1922 he made an extensive tour of East Asia, and a trip to Java inspired one of his most famous original works, his Java Suite. Written in twelve movements divided into four parts, each movement attempts to capture the atmosphere and character of a specific location in Java. Godowsky called this compositional technique a “phonorama” and used it to create a sonic travelogue, documenting not only locations and events from his trip, but also the emotions and reactions the different scenes inspired.

Kaija Saariaho (b. 1952) Six Japanese Gardens: III. Dry Mountain Stream Finnish composer Kaija Saariaho is known for combining electronics with acoustic sound in her music and also composing with the aid of a computer alongside traditional instruments. Despite these electronic processes, she finds much of the inspiration for her music in literature, art, and natural phenomena. That's apparent in her instrumental suite for percussion and electronics: Six Japanese Gardens. Saariaho composed the work as a musical impression of the elaborate gardens she saw while visiting the Japanese city of Kyoto in the early 1990s.The piece is also a study in musical rhythm, with each of the six movements becoming more rhythmically complex. One unique aspect of the work is that in many of the movements, Saariaho leaves the selection of some of the percussion instruments open to the performer, instead instructing that the instruments should belong to three different families (wood, skin, and stone) and should not have a clearly defined pitch.

Mark O'Connor (b. 1961) Violin Concerto No. 6, "Old Brass": III. Fugue In Six Parts: "Grace and Charm" There are many composers who have created fusions of popular genres with classical music: Bernstein, Piazzola, Copeland, and Schuller to name a few. Mark O’Connor follows in their footsteps with his “fiddle concertos,” combining his classical violin training with years of experience learning traditional American fiddle techniques. O’Connor’s sixth fiddle concerto was titled “Old Brass” and named after a plantation in Beaufort, South Carolina designed by Frank Lloyd Wright. Originally, “Old Brass” was the name given to the land the plantation sits on; it had been farmed since 1736. When Wright completed the main house and stable complex in 1951, he renamed it “Auldbrass.” Ironically, “Old Brass” is now owned by film producer Joel Silver, who funded its restoration after it was added to the National Register of Historic Places. Tours to Auldbrass Plantation are rare, as it only opens to the public for one weekend every two years.

Jerry Gray and Carl Sigman (p. 1940) PEnnsylvania 6-5000 Before his disappearance during WWII, Glenn Miller and his orchestra were one of the most in-demand music acts of the big band era. Aside from regular live performances, the band appeared on many recordings, commercials, films and radio programs. Several orchestras were specifically formed to play his arrangements, assisted by an official method for orchestration Miller published in 1943. After he recorded Pennsylvania 6-5000 in 1940, it became a jazz and swing standard whose popularity continues today. The rhythmic chant is actually the telephone number of the Café Rouge at the Hotel Pennsylvania in New York City, where many big bands and dance orchestras often played. Making the phone number part of the song turned out to be a clever advertising strategy, since after the song reached the billboards, listeners were frequently reminded what number they could call to make a reservation at the café.