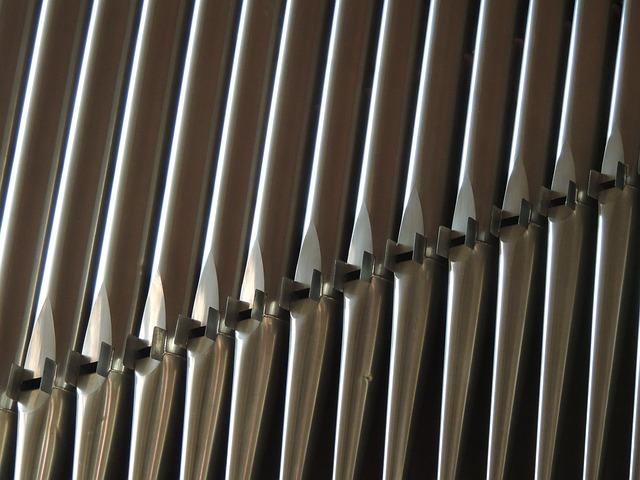 Whether you are plumbing the depths of the contrabass or flying high with the piccolo, you'll find your music on this week's Ether Game: "Home on the Range."

Sergei Rachmaninoff (1873-1943) All-night Vigil (Vespers), Op. 37 You may have come across the term “basso profundo,” a super low operatic bass. In Russian choral music, however, there’s a different term for those vocal subwoofers: an Oktavist. And oktavists can put many so-called basso profundos to shame. The Russians seem to have a certain propensity for the ledger lines below the bass staff. The basses in their choirs are famously deep—the term “oktavist” comes from the fact that these singers usually perform an octave lower than regular bass parts. This style is popular in the Russian Orthodox church, and can be heard in Rachmaninoff’s famous sacred choral work the All-Night Vigil, otherwise known as the “Vespers.” This movement of the Vespers is the Russian version of the Latin canticle “Nunc Dimittis,” and in it, the oktavists step down all the way to a low B-flat. This note is a whole step lower than the lowest note on a cello, entering the realm of the double bass.

John Philip Sousa (1854-1932) Golden Jubilee If you were to hear this march by John Phillips Sousa live or in a parade, you would probably hear it accompanied by one of the most iconic brass instruments of the low brass section: The sousaphone. Developed in 1893 by Sousa and James Welsh Pepper, the instrument is a staple of American military and marching bands, replacing the tuba with a bass horn that wraps around the performer and projects sound through a forward facing bell. Sousa called for the invention of a new marching tuba after he became dissatisfied with its predecessor: the Helicon. The helicon was basically a small tuba that sacrificed tone for comfort while marching. Sousa fixed this problem by giving his marching tuba a gigantic bell that rested above and behind the shoulder of the player. The first sousaphones were made of brass but more modern instruments are constructed of fiberglass, making it lighter and more comfortable to play.

Gerald Finzi (1901-1956) Let Us Garlands Bring, Op. 18, Come Away Come Away, Death While Gerald Finzi may not have enjoyed the lucrative career of fellow Englishmen Edward Elgar and Ralph Vaughan Williams, his music has gained a growing appreciation in recent decades. His works mostly include vocal settings of the great English poets, but he also wrote incidental music for Shakespeare’s Love’s Labour’s Lost. The song cycle Let Us Garlands Bring is arguably his most famous work, and dedicated to Vaughan Williams on his 70th birthday. The five songs in this cycle are written for piano and baritone voice, and all of them come from song texts in various Shakespeare plays. The first setting is Come Away, Come Away Death from Twelfth Night, which originally is sung by Feste the fool from the court of Duke Orsino.

Giacomo Puccini (1858-1924) Tosca: 'E lucevan le stelle' Puccini’s opera Tosca is a dramatic tragedy about an opera singer named Tosca, and the sacrifices she makes to try and save her lover, a painter named Cavaradossi. This famous love aria “E lucevan le stelle” comes from the beginning of Act III, just as Cavaradossi is awaiting execution. The execution is set to take place at a real fortress in Rome called the Castel Sant’Angelo. Rome was so central to the opera that Puccini arranged for the premiere to take place in the city, instead of Milan where most Italian operas premiered. This aria is written for tenor voice, and specifically the voice type known as a spinto tenor. Spinto tenors fall somewhere in between the lyric and dramatic voice quality. Their voice has enough weight to carry dramatic musical climaxes and cut through the wall of sound of a large Romantic-era pit orchestra.

Claudio Monteverdi (1567-1643) Vespers of the Blessed Virgin: Magnificat a 7 This excerpt is taken from Monteverdi’s exquisite collection of works for the Vespers service. These were originally composed for the court of Mantua, where he served the wealthy Gonzaga family for many years. Tensions arose, however, when the Gonzagas came to suspect that Monteverdi may have used the Vespers to try and secure a better job at the Vatican. The excerpt we just listened to features a countertenor singer, a specialized type of male vocalist who trains their falsetto to sing alto and mezzo-soprano voice parts. With its distinctive timbre, the practice of using male voices on high vocal lines dates back to the Middle Ages, although it is unclear if this was done with falsetto singing as it is today. The history of the term “countertenor” is also somewhat murky. The earliest use of the term appeared in high medieval music to designate the voice part that accompanied the tenor line. Henry Purcell may have been the first composer to use it specifically to indicate a high male voice in his musical drama The Fairy Queen.

Max Bruch (1838-1920) Romanze, Op. 85 Regular players might remember that we dedicated an entire Ether Game to the viola last year. This piece didn’t make our playlist then, though it is a staple of the viola repertoire, and so we included it tonight. The viola is the often underappreciated and mocked member of the string orchestra, likely because its traditional function is to cover the interior and often accompanimental tenor voice of the ensemble. Anybody who spends time with the instrument or listens to its solo repertoire however, will hear that it is capable of immense expression and is a joy to play. Max Bruch joined a posse of several great composers who loved or played the viola, including Brahms, Hindemith, Vaughan Williams, Dvorak and Haydn, to name a few.  After writing this Romanze for Maurice Vieux, the principal violist of the Paris Opera Orchestra, he continued to write music for other instruments that played in the tenor and alto ranges, including clarinet and french horn.

César Cui (1835-1918) Velichit dusha moya Gospoda, Op. 93 César Cui is likely the least prominent of the “Mighty Handful” of five big Russian composers from the late 19th century. Although Cui was a founding member of the group, after meeting its leader Mily Balakirev in 1857, he never quite lived up to the recognition of his fellow members Modest Mussorgsky, Nikolai Rimsky-Korsakov, and Alexander Borodin. Cui had a career in the military, and he also moonlighted as a rather harsh music critic, even disparaging the premiere of Boris Godunov, the opera by his comrade Mussorgsky. As a composer, he wrote many songs, and a few operas himself, although they weren’t very popular in their own time, mostly because of his reputation as a relentless critic. This piece from 1914 is one of his most ambitious and like our first round, comes from the All-Night Vigil of the Eastern Orthodox church, where it is traditionally the Magnificat.

Christian Petzold (1677-1733) Partita for Viola d'Amore: Gavotte, Gigue, Bouree For our piece showcasing the treble voice part, the Ether Game Brain Trust chose some solo music for an instrument that might have sounded a little confusing to modern string players. You could what resembled the range of a violin, but certain chords and tuning that aren’t possible on the instrument. This partita was written for a baroque-era instrument that was played by many violinists, the viola d’Amore. The distinctive sound of this instrument was achieved by it’s seven playing strings which were bowed in the manner of a violin, and seven sympathetic strings which vibrated alongside the resonances of the music, creating a natural reverb. For the comparatively short period of time that it was popular, the viola d’Amore was considered a novelty. It was used as a secondary instrument used by violinists for showpieces, and often had to be re-tuned according to the key of the piece. Although it eventually died out, those who wrote about listening to it were always complimentary, praising its sweet sound.

Mariah Carey (b. 1969) Emotions One of the great divas of popular music, Mariah Carey is known for her incredible five octave range, which includes what is known as “the whistle register” The whistle register contains the highest notes the voice can sing, and lies above the falsetto. It is difficult to control because it uses only the back of the vocal folds. In classical music, coloratura sopranos have used it as a form of ornamentation, but it is used more extensively in other music like pop and R&B. Singers besides Carey such as Minnie Riperton, Christina Aguilera and Ariana Grande have all used the whistle register, and there are rare instances of male vocalists such as Vitas reaching the high range as well. “Emotions” was one of Mariah Carey’s major hits from her debut album and one of the first songs of the early 90’s to bring the whistle register to the mainstream.