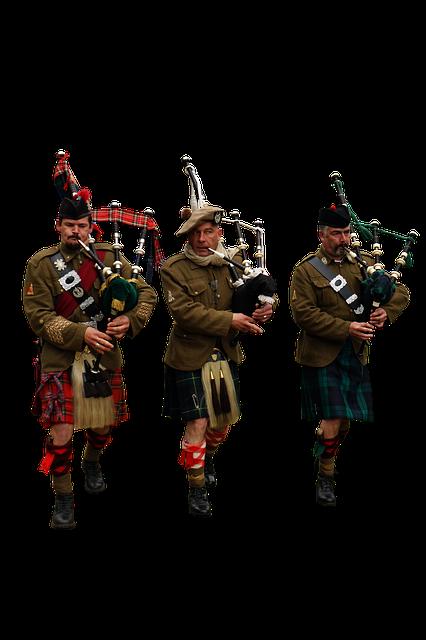 This week, our listeners took the High Road while the Ether Game Brain Trust took the Low Road. It's a show featuring music influenced by the Scottish Highlands. Grab your bagpipes and browse our playlist below.

Felix Mendelssohn (1809-1847) The Hebrides Overture ('Fingal's Cave'), Op. 26 Mendelssohn’s popular concert overture The Hebrides, also known as “Fingal’s Cave,” was originally titled Die Einsame Insel, or, in English, The Lonely Island. This piece, despite the designation “overture,” was intended as a stand-alone concert work. The actual Fingal’s Cave is an extraordinary natural landmark among the set of islands known as the Scottish Inner Hebrides. It’s an uninhabited sea cave that’s distinguished by its large hexagonal columns of basalt and its odd acoustics within. Mendelssohn took a break from his 1829 tour of England and Scotland to visit Fingal’s Cave and was so inspired by the trip that he wrote out the first phrase of the overture on a postcard. He sent the postcard to his sister Fanny, writing, quote “In order to make you understand how extraordinarily the Hebrides affected me, I send you the following, which came into my head there.”

Ludwig van Beethoven (1770-1827) Glencoe, WoO 156, No. 10 We usually think of Beethoven as quintessentially German, but in fact, Beethoven set more Irish and Scottish melodies than almost anything else in his output (although most were not given official opus numbers). It had to do with his connection to the publisher George Thomson. Thomson was Scottish, and a music lover, and he wanted to compile arrangements of Scottish tunes written by some of the best composers of the day, so he reached out to Beethoven. Beethoven did arrange many Scottish tunes, and some Irish and English ones as well—he didn’t seem to discriminate between them all that carefully. Glencoe, the piece we just listened to, is a folk melody with words by Scottish poet Sir Walter Scott. The poem describes a massacre in 1692 between warring clans, the MacDonalds and the Campbells in the Glencoe valley, over allegiance to William of Orange.

Amy Beach (1867-1944) Symphony in e, Op. 32, 'Gaelic' Amy Beach is considered to be the first widely successful female composer of American music, enjoying fame and admiration from the American public. Showing remarkable musical talent as early as age one, she spent much of her early life performing on the piano at various recitals across New England, where she was born. After she was married she relaxed her performance career and focused exclusively on composition, a skill she had mainly taught herself. Her work was widely published and well received, and the Gaelic Symphony  was the first symphony composed and published by a female American composer.. Beach was inspired to write the Gaelic Symphony after hearing Dvorak’s New World Symphony, wanting to try a project in a similar vein. She was still under thirty years old when her first masterpiece was completed in 1894.

Malcolm Arnold (1921-2006) Four Scottish Dances After the success of his Tam O’Shanter Overture in 1955, Malcolm Arnold delved back into Scottish cultural heritage to write his suite of four Scottish dances two years later. Though the composer only gave tempo markings, we can hear the traditional dance forms based on meter and the feel. The first dance is a strathspey, which is usually a stately dance in 4/4 featuring the “scotch snap,” that dotted rhythm which is widely associated with Scottish music. The second movement is a reel, the third movement is more like an air, and the final movement is a lively Highland fling. Arnold wrote many dance sets evoking the British Isles, including suites based on music from Wales, England, Ireland and Cornwall.

Gaetano Donizetti (1797-1848) Lucia di Lammermoor: 'Regnava nel silenzio' Donizetti’s Lucia di Lammermoor, based on a novel by Walter Scott called the Bride of Lammermuir, depicts the tragic fall of the Lammermoor family in the hills of south-east Scotland. In act I, Lucia must marry Lord Arturo Bucklaw, to save the family fortunes. Lucia is secretly in love with Edgardo of Ravenswood and the arranged marriage has a destabilizing effect on her already fragile emotions. On her wedding night, Lucia murders Arturo and then performs the famous “Mad Scene.” Before this, she sings the music we heard moments ago, in which she recounts to her maid that she saw a ghost of a girl who was killed by a Ravenswood ancestor.

Samuel Arnold (1740-1802) Incidental Music to Macbeth Samuel Arnold’s incidental music was composed for a 1778 production of Macbeth at London’s Little Theater in the West End. The production was not a critical success, the consensus being that the acting was poor and the costumes were gaudy, however the music was well-received. In the eight musical episodes written for the play, Arnold attempted to capture a spirit of “Scottishness” using folksongs and a romanticized Scotch style to evoke the play’s setting. Glamis Castle is the residence of Macbeth in Shakespeare’s play, however historically there is no connection between the castle and the 11th-century Scottish king. In fact the current structure was built 400 years after King Macbeth’s reign.

Alexander Campbell Mackenzie (1847-1935) Pibroch, Suite for violin and orchestra Op. 42 Alexander Mackenzie was trained equally in classical violin and traditional Scottish fiddling. A full-time composer by the age of 32, Mackenzie’s compositions ranged from timeless tunes in the traditional style to Romantic art music, reflecting the unique parallel relationship of classical and folk music in Scotland. His Pibroch Suite for Violin and Orchestra incorporates a genre from Highland piping. Traditionally a pibroch was a type of ceremonial music performed to celebrate or lament an important event. The piper begins with a slow theme and follows it with a series of variations with progressively more complex embellishments. The first two movements of Mackenzie’s suite recall the free-form character of the genre with a rhapsody and a caprice. The final dance movement incorporates traditional melodies sourced from a 1625 manuscript.

William Kinloch (fl. c. 1600) Kinloch's Fantasies William Kinloch was a contemporary of William Byrd, and one of the few 17th century Scottish composers whose music has survived. Even more unusual is that he was a keyboard composer, when Scotland would soon become known throughout Europe for its fiddle tunes. Likely in the 17th century, and certainly by the 18th, when the first Scottish Fantasies began to appear, Scottish musicians  enjoyed an usually large amount of musical literacy, meaning that the folk tunes and classical pieces alike were committed to manuscript and freely mixed. A hybrid classical folk style emerged, in which Scottish fiddlers began to incorporate classical techniques into their playing, while highland folk tunes and dance figures appeared in sonatas, dance suites and concert pieces. This recording comes from the group Puirt A Baroque, who specialize in Baroque, Scottish and Cape Breton styles.

Capercaillie Alasdair Mhic Cholla Ghasda Capercaillie was founded in 1984 by accordionist Donald Shaw. The band is from the Argyll region of Scotland and takes its name from the Scottish Gaelic word for a wood grouse. Singing in both Scottish Gaelic and English, most of the members of Capercaillie are multi-instrumentalists and vocalists. They are known for developing a Celtic fusion style with traditional and modern instruments, such as electric guitar and bass guitar, and post-production effects. Their 1992 EP A Prince Among Islands features one of the first singles in Scottish Gaelic to ever reach the UK Top 40 chart. After a 2-year hiatus during the covid-19 pandemic the band has resumed touring internationally.