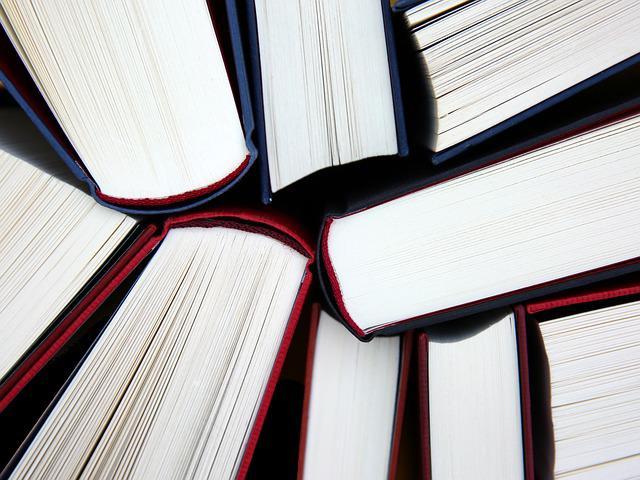 On this Tuesday, we celebrated the birthday of Herman B. Wells with a show featuring music inspired by literature. Browse "Helluo Liborum," that's latin for "book-glutton." If you are a book hoarder, this show is for you!

Richard Strauss (1864-1949) Also Sprach Zarathustra, Op. 30 When Strauss began his university studies, which incidentally he never completed, they were not in music, but in literature and art history.  So it shouldn’t come as a surprise that his earliest mature works, the tone poems of the 1880’s and 90’s were heavily indebted to literary models. “Also Sprach Zarathustra” is one of his most recognizable works, thanks in no small part to its appearance in Stanley Kubrick’s film “2001: A Space Odyssey.”   “Also Sprach Zarathustra” is based on the work of the same name by German philosopher Friedrich Nietzsche.  So you’re probably wondering what this all has to do with this theme of fruits and vegetables.  Before you go off too far afield, we’ll tell you that it’s rather simple. Friedrich Nietzsche was a die-hard vegetarian!

Georg Philipp Telemann (1681-1767) Don Quixote at the Wedding of Camacho: Suite: Rocinante's Gallop, Sancho's Donkey Trots, Don Quixote Slumbers Many people enter upon delusions of grandeur at one time or another in their life, but no story of delusion has made a larger impact than Cervantes’ groundbreaking novel, Don Quixote. We can even thank this novel for adding the term “quixotic” into our vocabularies. In the story, our hero loses his sanity when reading stories of the glorious deeds of chivalric knights and their beautiful, yet distressed, damsels. Telemann’s music, along with a libretto by Daniel Schiebeler,  only covers a small episode from Don Quixote: the Wedding of Comacho, from chapter twenty of volume two. Although initially conceived as a fully staged opera, Teleman’s Quixote was first dubbed a serenata, a term used to describe small-scale semi-dramatic works with little staging. This was because Hamberg, where the work premiered, had no opera house in the 1760s. It has since received full staging, most recently in 2015 by the Haymarket Opera Company, whose productions are broadcast during the summer here on WFIU.

Elmer Bernstein (1922-2004) To Kill a Mockingbird: Main Title The phenomenal success of Harper Lee’s 1960 novel “To Kill a Mockingbird” quickly led to a film adaptation. Like the novel, Bernstein’s score emphasizes social issues such as prejudice and violence, but also focuses on expressing the everyday joys and fears of childhood. It is now considered one of the greatest film scores ever composed, and has been re-recorded and released three times independently, with Bernstein at the podium. Lee’s fictional work drew several characters, in part, from real life. The characters of young tomboy Scout and her quietly noble father Atticus were modeled upon Lee herself, and her father. Scout’s imaginative playmate Dill was modeled after Lee’s childhood friend Truman Capote.

Gustav Mahler (1860-1911) Symphony No. 1 'Titan': Mvmt. 3  Mahler’s Symphony No. 1 took a long time to write, and Mahler’s idea of its overall shape changed as he wrote it! Originally, he thought of it as a programmatic rendering of the novel “Titan,” by the French Romantic novelist Jean-Paul, and this nickname has stuck, even though Mahler eventually discarded it. Several themes over the course of the symphony also refer to Mahler’s early song cycle “Songs of a Wayfarer.” The inspiration for the movement we just heard may have been a familiar illustration used in many Austrian children’s books, depicting a procession of forest animals bearing the coffin of a hunter. Further deepening the grotesque irony of this movement is Mahler’s minor-key use of the folk song Bruder Martin also known in translation as Frere Jacques and Brother John.

Florence Price (1887-1953) Monologue for the Working Class (Lyr. Langston Hughes) Florence Price set this early draft of an unpublished Langston Hughes poem to music in 1941. The composition also remained unpublished and unperformed until its premiere in 2020. Despite this, we know the work must’ve had some personal significance to her, as she had the handwritten score bound and titled with a typed card, a trouble she did not take with most of her other manuscripts. With Hughes being a central figure of the Harlem Renaissance, which was the flowering of African American literature during the 20’s and 30’s, the poem likely resonated with Price’s own political sympathies. Langston Hughes’s criticism towards the apathy of the rich amidst the poverty of The Great Depression, and his call for unification expressed through a black vernacular is deeply moving and still applicable today, even if later drafts show that Hughes altered the scope of the poem to boost the American public after the attacks on Pearl Harbor.

Orlando di Lasso (1532-1594) Tristis est anima mea Tristis est anima mea is one of Orlande de Lasso’s most dramatic narrative motets, and it is exactly this type of musical piece that would have peaked the interest of literary character Sherlock Holmes.  Described by Dr. Watson as “the last word upon the subject”, Holmes had apparently authored a monograph entitled “The Polyphonic Motets of Lassus.” Sherlockian Scholar Edward R. Staubach addressed the possible appeal of Lasso’s motets on a thinking man such as Holmes, stating: “The unexpected has been described as typical in Lasso’s motets with frequent changes from fast to slow, sudden breaks, unexpected beginnings and endings, and from regular accents to strong off beat accents.  The personality reflected in these motets would certainly gain the interest of a man whose violin playing Watson described in A Study in Scarlet as sometimes “sonorous and melancholy,” then “fantastic and cheerful,” maybe the result of “a whim or fancy.”

Jennifer Higdon (b.1962) Cold Mountain: Act II Scene 3: Duet: Orion Jennifer Higdon’s first opera is an adaptation of Charles Frazier’s novel Cold Mountain, which won the National Book Award in 1997. Though the work is a historical fiction set during the Civil War, Cold Mountain is a real location in North Carolina, and the novel’s main character is a Confederate soldier loosely based on the author’s great granduncle, W. P. Inman, who after being wounded at the Battle of Petersburg, has decided to desert the army and return home to his beloved Ada Monroe. The action of the novel and the opera alternates between Inman’s return journey and Ada’s struggles on the homestead. Higdon’s opera premiered at the Santa Fe opera on August 1, 2015, and coincided with the 150th anniversary of the end of the Civil War.

Chiayu Hsu (b. 1975) String Quartet: Journey to the West: I. The Monkey King Taiwanese composer Chiayu Hsu combines inspirations from Chinese myth and poems with Western-influenced composition techniques. Her programmatic string quartet from 2017 recounts one of the cornerstones of China’s literary heritage and one of the first novels ever written, The Journey to the West. First published during the Ming Dynasty, The Journey to the West describes the legendary pilgrimage of the monk Tang Sangzang on his way to India to bring back Buddhist scriptures to China. He faces countless dangers and monsters along the way but is aided by three disciples, the most popular of whom is Sun Wukong the Monkey King. The Monkey King’s mischievous nature, courage and near-insurmountable power causes much trouble for the various immortal beings and bodhisattvas throughout the narrative, and his antics as a trickster have made him one of the most beloved and enduring characters from classic Chinese literature.

Kate Bush (b. 1958) Wuthering Heights Wuthering Heights was written and released by Kate Bush as her debut single in 1978. The lyrics have several quotes from Bronte’s classic novel, and is sung from the perspective of the character Catherine Earnshaw, who readers will recognize is actually speaking to her lover Heathcliff from beyond the grave. Kate Bush reportedly wrote the song in one night, and describes her process as intuitive, though apparently as she finished reading Wuthering Heights she kept finding exact lyrics from the song much later in the book. Two music videos were shot for the single, one which features Kate on a misty black stage in a ghostly white dress, and the other showing Kate dancing in a red dress on a moore reminiscent of the original novel’s setting.