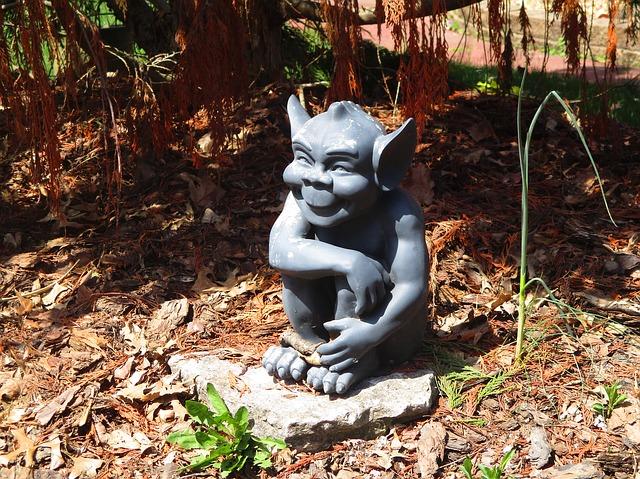 We kicked off a spooktacular month of exploring monsters in classical music! This week, a focus on those greedy and grotesque figures from folklore: goblins! Here are nine of our favorite classical goblins.

Edvard Grieg (1843-1907) Peer Gynt: 'In the Hall of the Mountain King' When the great Norwegian playwright, Henrik Ibsen, first approached Edvard Grieg in January 1874 with a request to provide incidental music to his play Peer Gynt, the young composer readily accepted.  A sprawling satirical fantasy, Peer Gynt follows a young ne’er-do-well named Peer as he lies, cheats, and steals his way around the world. In the sixth scene of the first act, we find Peer in the realm of the King of the Trolls, who is attempting to persuade Peer to marry his daughter. Ibsen writes that a great crowd of troll courtiers, gnomes and goblins accompanies this scene. In Scandinavian mythology, the word troll has never been easily translated. Before it came to describe the fantastical creature we are familiar with, the word troll could just as well indicate a werewolf, a witch, an elf, a goblin, or simply a ugly person. However it seems that regardless of the designation, a troll is a being who always dwells in the mountains and has a supernatural or unfamiliar aspect about them.

Howard Shore (b.1946) The Lord of the Rings: The Fellowship of the Ring: Amon Hen Composer Howard Shore channeled Richard Wagner by using a series of leitmotifs to illustrate the action on screen. These leitmotifs represent different characters, places and ideas. The industrial leitmotif that appears halfway through this recording heralds the appearance of the Orcs, the monstrous underlings that do the bidding of Tolkien’s main villain, Sauron, and form his evil army. Fans of Tolkien’s world may know that when these creatures first appeared in Tolkien’s previous story, The Hobbit, he called them goblins. The distinction stems from Tolkien’s true passion for language. The Hobbit is meant to read like an English fairytale, and thus these villainous creatures are described in words familiar to the English language. In the more sophisticated Lord of the Rings however, Tolkien chose the word ‘orc” because it is the linguistic root of the word for goblin in many of the elvish languages he created for his fantasy world.

Antonio Bazzini (1818-1897) Goblin's Dance, Op. 25 The violinist, composer, and teacher Antonio Bazzini was born in 1818 in Italy. As a teenager, his obvious talent brought him to the attention of the famous violin pedagogue Paganini, who encouraged him to pursue a concert career. As a composer, he is best remembered for his chamber music, and for the virtuoso La ronde des lutins, or “Dance of the Goblins.” A number of violin virtuosos have undertaken the massive project of recording this fiendishly difficult piece. It is famous for its extended passages of rapid double stops, artificial harmonics in double stops, requiring the use of all four fingers of the left hand, and left-hand pizzicati. Young artists who have undertaken this enormous challenge include teenagers Jascha Heifetz and Yehudi Menuhin, who both featured this piece on early recordings, as did a twenty-year-old Itzhak Perlman.

Antonín Dvorák (1841-1904) The Water Goblin, Op. 107 You’re standing out by the lake, doing your laundry…and then woosh! The bridge you’re standing on breaks, and down into the lake you fall, where you’re abducted by a malevolent water goblin, who forces you to marry him. That’s what happens to the poor young girl in Czech poet KARL JAROMIR ERBEN’s folk ballad “The Water Goblin.” The sad girl finds some comfort in her half-goblin child, but after she stays too long while visiting her mother, the goblin becomes angry. A terrible storm ensues, and screaming is heard, piercing through the clamor of the storm. The goblin has killed the child, and throws its decapitated body against the door of the mother’s house, where the girl finds it. After the completion of his ninth symphony, Dvorak turned his attention to a series of symphonic tone poems, four of which were inspired by the ballads of Czech poet KARL JAROMIR ERBEN. Dvorak’s music reflects the grisly, gruesome tone set by Erben’s poetry.

Florence Price (1887-1953) The Goblin and the Mosquito Born in Little Rock, Arkansas in 1887, Florence Price was the first black American woman to win widespread recognition as a symphonic composer, rising to prominence alongside William Grant Still and William Dawson in the 1930s.  After relocating to Chicago in the 1927, Price began a period of compositional creativity, studying at the American Conservatory and the Chicago Musical College.  She also played the theatre organ for silent films, wrote popular music for commercial purposes and orchestrated arrangements for soloists and choirs who performed with the WGN Radio orchestra in Chicago.  In 1932 she achieved national recognition when she won first prize in the Wanamaker competition for her Symphony in E minor.  This programmatic piece, “The Goblin and the Mosquito,” is on a much smaller scale and was likely written as an encore selection.

George Chadwick (1854-1931) Symphonic Sketches: Hobgoblin As a member of the Boston Six, who established a form of American realism in music, George Chadwick’s formative years were spent in Massachusetts. One of his greatest works, the Symphonic Sketches, was written over a nine-year period with the third movement, titled “Hobgoblin,” completed in 1904.  Each movement of the Symphonic Sketches is prefaced by a poetic couplet which sets the mood or scene of the piece to follow. The preface for “Hobgoblin” comes from A Midsummer Night’s Dream. However instead of Shakespeare’s Puck, Chadwick’s composition evokes a jovial and slightly menacing character more suited to an autumnal Halloween night in New England than the quaint English countryside.

Siegfried Wagner (1869-1930) Der Kobold, OP. 3 [The Goblin]: Prelude to Act III We know that Richard Wagner was a man who, how shall we say, thought quite well of himself and his work. So much so that he named two of his children for characters in his own operas- his younger daughter, Isolde, and his son, Siegfried. Siegfried followed in his father’s footsteps and became a composer. The younger Wagner’s career was heavily influenced by his father’s legacy, often looking to Frankish fairy tales for inspiration. However, his writing style is attributed more to poetic realism instead of grand romanticism. Siegfried wrote 18 operas- which were not appreciated by his father’s fans- though he wrote his own libretto for each one. We heard music from his opera Der Kobold, or “The Goblin,” a morbid tale of a woman who is haunted by the ghosts of children. Sadly Siegfried Wagner’s work is largely underappreciated, as he was an imaginative composer and librettist, but his father’s legacy simply cast too large a shadow over his career. Luckily his work has slowly been getting recognition, beginning in the 1970’s.

Julie Rivé-King (1855-1937) March of the Goblins Julie Rivé-King was one of the most prominent American female pianists in the 19th century. Born in Cincinnati to musical parents, Rivé-King did what most promising young American pianists did at the time: she moved to Europe to study. While abroad, she took lessons with both Carl Reinecke and Franz Liszt. Upon returning to the states, Rivé-King began her concert career, performing with the New York Philharmonic and Chicago Symphony, and eventually began to publish her own music (one of the few American women to do so at this time). Her March of the Goblins, written in 1879 when she was 24 years old, is a jaunty little tune, and not nearly as grotesque as you might imagine from a tune with the term “goblin” in the title. The published work was accompanied by a poem, all about goblins coming out of hiding to dance together at midnight.

David Bowie (1947-2016) Magic Dance After successfully collaborating on the puppet fantasy epic The Dark Crystal, director Jim Henson and designer Brian Froud began a second film project, one that would again incorporate both puppet and human actors. Froud’s initial inspiration, which he convinced Henson to move forward with, was the folkism that goblins steal human children, and in 1983 he produced an image of several Henson Creature Shop-style goblins surrounding a human child, which was the springboard for the 1986 film Labyrinth. The film stars Jennifer Connelly as Sarah, a teenager who enters a fantastical labyrinth-world occupied by a whimsical cast of Henson puppet-creatures to save her baby brother Toby, who has been stolen by Jareth the Goblin King.  In what would become his most celebrated film performances, David Bowie agreed to play Jareth, and wrote six songs for the film. Magic Dance is one of three of those songs which are performed on camera by Bowie during the movie. Alongside his characteristic dancing and singing, he is accompanied by a chorus of goblins, and in true Henson style, chickens.