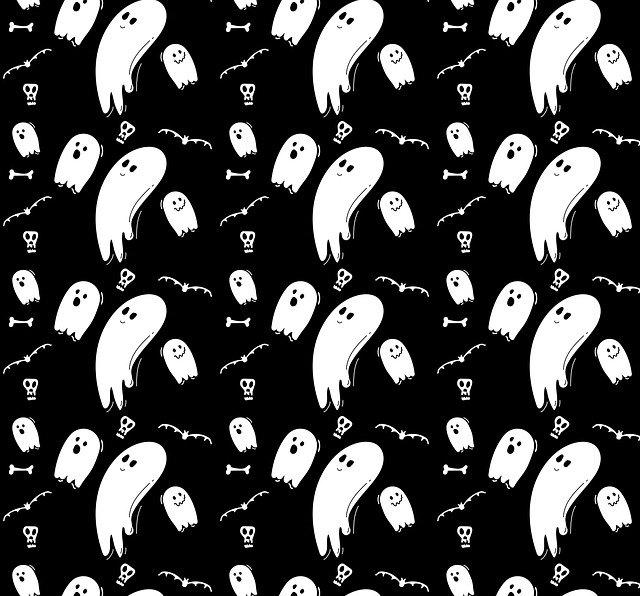 On this dark and stormy night, the Ether Game Brain Trust is serving up some spectacularly spooky selections just in time for Halloween. Beware of what lurks in the darkness and beyond the grave as we explore some musical ghosts.

Ludwig van Beethoven (1770-1827) Piano Trio No. 5 in D, Op. 70, No. 1 'Ghost' The so-called “Ghost” trio does not have mysterious, supernatural connotations through and through. The vibrant outer movements strongly contrast with the central Largo from which the trio’s “ghostly” nickname is taken. Although this nickname is not Beethoven’s, it has become associated with the work over time. While later Romantics would dwell on this theme at great length, macabre visions of the afterlife were never really Beethoven’s thing. However, while composing this trio, he was also considering writing an opera based on Shakespeare’s Macbeth. Although this idea was ultimately abandoned, Beethoven had started to work out ideas for the appearance of the three witches. Perhaps some of this supernatural flavor was channeled into the stark textures, shuddering tremolo, and tenuous harmonies that give this movement its otherworldly tinge.

Adolphe Adam (1803-1856) Giselle: Excerpts The ballet Giselle is based on the legend of the “wilis,” female spirits from Slavic folklore with supernatural powers who dance and lure men to their death. In the second act of the ballet, Giselle has died of heartbreak, and her ghost has been raised from the grave by the merciless Wila queen Myrtha and her company of ethereal attendants. Giselle is encouraged to capture her former lover Albrecht and make him dance to death. However, Giselle gently forgives the man who betrayed her, and the power of her love counteracts Myrtha’s magic and keeps Giselle from becoming a wila herself for all eternity. The classic image of a ballerina in a tutu dancing on point comes from Adam’s ballet. The tulle costumes and elevated dancing were originally meant to evoke the wilis’ spectre-like otherworldliness as they seem to walk on air.

Antonio Vivaldi (1678-1741) Flute Concerto in g, Op. 10, No. 2, RV 439 'La notte' In this arrangement, the group Red Priest offers a crazed, mannerist, and, frankly, creepy take on Vivaldi’s music. But perhaps it’s not too far off the mark—in his lifetime, Vivaldi was known for his wild, fantastical improvisations on the violin. These excerpts from “The Night” Concerto, with their suggestively programmatic titles, invite such an exaggerated treatment. Originally, this was a concerto for flute, published in Vivaldi’s influential op. 10 collection of concertos. Although Vivaldi was closely associated with the city of Venice, where he lived and taught, these concertos were not published in his native city. Instead they were published in Amsterdam. A hub of European publishing, Amsterdam was the place of publication for many of Vivaldi’s works.

William Bolcom (b. 1938) Three Ghost Rags: The Graceful Ghost National Medal of Arts, Pulitzer Prize, and Grammy Award-winning contemporary composer William Bolcom is well-known for his fluency in a wide variety of musical genres. He is celebrated for his chamber and orchestral works, along with his 1999 opera, A View from the Bridge, a collaboration with playwright Arthur Miller. While living in New York in the 1960s, Bolcom was at the forefront of the ragtime revival, which revived the music of Scott Joplin and other ragtime composers. Bolcom’s unique style of playing this music resulted in a slew of concerts and recordings. In addition, he, along with like-minded composers George Rochberg, William Albright, and Peter Winkler began composing new rags in the style of Joplin. They would exchange these rags with one another through the mail. This particular rag, the “Graceful Ghost,” was written in memory of Bolcom's Father.

Enrique Granados (1867-1916) Goyescas: Epilogo: Serenata del espectro [Epiloque: Serenade of the ghost] Enrique Granados was one of many twentieth-century European composers who, isolated from the Austro-German mainstream, frequently took their own nationality as a subject and a musical influence. The exotic image of the Spanish past frequently figured into Granados’s work, especially in his “Goyescas,” a piano suite from 1911, which the composer later reworked as an opera. In this suite, Granados was inspired by the work of the Spanish Romantic painter Francisco Goya. Although most of the pieces in “Goyescas” do not refer to specific paintings, they capture the exotic, uncanny, and even disturbing elements that abound in the painter’s late works. The style of this piano composition is very florid and difficult to master, requiring great dexterity in both hands. Several of the movements including this dark and moody Epilogue have an improvisational quality very characteristic of Spanish music.

Benjamin Britten (1913-1976) The Turn of the Screw: Prologue Britten’s 1954 opera The Turn of the Screw was written for a small cast and orchestra, with no chorus. Britten may have kept the personnel limited, but he didn’t skimp on spooky atmosphere in this tale of a governess who becomes convinced that her young charges are falling under evil supernatural influences. Britten’s friend, librettist Myfanwy (ann: muh-FAWN-wee) Piper carefully reworked the famously rich psychological detail and ambiguity of the original story by HENRY JAMES. James wrote the tale in 1898, in part because ghost stories were popular and easy to publish in installments, but also possibly influenced by the paranormal interests of his brother, philosopher William James. William had helped found the American Society for Psychical Research only a few years earlier.

Don Raye, Gene de Paul (w. 1945)`The Headless Horseman The Legend of Sleepy Hollow tells the story of the schoolteacher Ichabod Crane and his unfortunate interaction with the headless horseman on his way home from a party. According to Irving’s story, this rider lost his head in an unnamed Revolutionary War battle. While the identity of the headless horseman is never revealed, some people think that it’s simply another member of the town trying to scare Ichabod away. This story and Rip Van Winkle are two of Washington Irving’s most popular stories, but Irving adapted the story of Sleepy Hollow from an older german legend written down by the Grimm brothers. In one version of the story a woman hears a hunting horn, then turns around to find the headless horseman behind her; in another, the horseman warns riders to not ride because of the risk of an accident.

Rosemary Brown (1916-2001) Nocturne in A major On hearing this Nocturne, you might have thought it sounded an awful lot like the music of Frederic Chopin. Of course that would be much too easy for our Super Stumper round. Curiously, if you could ask its composer, Rosemary Brown, she would also tell you that it was composed by Chopin. Born into a British family of self-proclaimed psychics, Rosemary Brown believed she was a medium with the ability to receive new music, dictated to her by dead composers. Brown created a small media sensation in the mid-70s when she began giving concerts of pieces she claimed were dictated to her by famous, and very dead, composers: Claude Debussy, Edvard Grieg, Franz Liszt, Franz Schubert, Frédéric Chopin, Igor Stravinsky, Johann Sebastian Bach, Johannes Brahms, Ludwig van Beethoven, Robert Schumann and Sergei Rachmaninoff. She spoke freely about her encounters with the supernatural, saying that each composer had a different way of dictating music to her. For this piece for example, Chopin spoke the pitches while moving Brown’s fingers to the notes on the keyboard. Schubert would apparently sing all of his music. Curiously, all of these “decomposers” also spoke to her in English.

Jones, Stan (1914–1963) Ghost Riders in the Sky One of the most well-known Western songs, “(Ghost) Riders in the Sky: A Cowboy Legend” was written by Stan Jones, himself a genuine cowboy. Jones grew up on a ranch and competed in rodeos before making it as a songwriter. He wrote and recorded “Riders in the Sky” in 1948, but it was the RCA recording that Vaughn Monroe made the following year that was a hit. Monroe’s version topped the Billboard year-end pop charts in 1949, beating out versions of the same song by Bing Crosby, Peggy Lee, and Spike Jones. Monroe was mostly a pop singer, not a country star, but he tried his hand at acting in Western Films after the success of this song. He certainly looked and sounded the part of a rugged Western star: he was tall, good-looking, and had a commanding baritone that earned him the nicknames “Old Leather Tonsils” and “The Voice With Hair On Its Chest.”