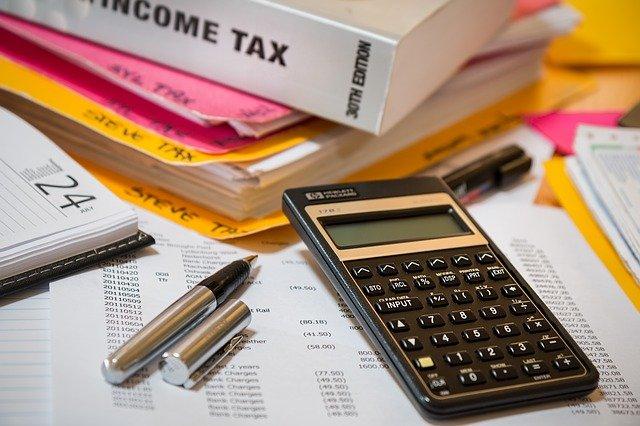 This week, the Ether Game Brain Trust applied for an extension on our taxes so that we could bring you EG 1040, a show about musical money, finances and taxes. Enjoy music and trivia from the show below.

Aaron Copland (1900-1990) Fanfare for the Common Man Fifteen months after the US had entered World War 2, the conductor of the Cincinnati Symphony Orchestra solicited several composers to write musical tributes to the war effort. Eugene Goosens envisioned opening 1942’s concert season with “a fanfare for soldiers, airmen, and sailors.”. The Fanfare for the Common Man was Copland’s contribution, though early sketches show that he experimented with less enigmatic titles such as “Fanfare for Four Freedoms'' and “Fanfare For a Solemn Ceremony.” Perplexed but intrigued by the title, Goosens suggested previewing the work on March 12 (which was three days before tax day that year,) as a way to honor the average American. Government spending was increasing at an unprecedented rate due to the war, and with collected federal taxes rising from 3.2 billion to 20 billion in just two years, it was a significant struggle for Americans to pay income tax. Goosens saw the opportunity to acknowledge the struggle with Copland’s composition. The fanfare has remained one of Copeland’s most popular works, especially after he recycled it for the finale of his third symphony.

Giuseppe Verdi (1813-1901) La Traviata: Invitato a qui seguirmi La Traviata is a story of doomed love between a young bourgeois man named Alfredo and a courtesan named Violetta (the titular “traviata” or “fallen woman.” The libretto for the opera was based on a novel by the illegitimate son of the famous French novelist Alexandre Dumas, whose name was also Alexandre Dumas. In this scene Violetta is trying not to harm the reputation of her lover’s young sister, so she pretends to no longer  care for her true love Alfredo. Stung by her rejection, Alfredo arrives at a party she is attending with a Baron. In a drunken rage, Alfredo takes the money he’s won through gambling and throws it at Violetta’s feet in mocking “payment” for their time together. This insult leads to a duel between Alfredo and the Baron, after which Alfredo flees the country. Alfredo later returns, having learned of Violetta’s sacrifice, only in time to have her die in his arms.

Georg Philipp Telemann (1681-1767) Sinfonia spirituosa in D, TWV 44:D1 Georg Philipp Telemann was the most prolific composer of the late Baroque, as well as one of the most savvy businessmen of the era. Besides the income he earned from selling collections of music to both amateurs and professionals, Telemann also knew how to squeeze his employers for a higher salary. In 1722, Telemann applied for an open position in a prominent German city. Upon winning the job he informed the Hamburg council that unless he was granted a substantial pay increase, he intended to leave his post for another position with better working conditions. At the last minute, Hamburg succumbed to his ultimatum, and Telemann backed out of his new job. Having been jilted by their famous applicant, the city of Leipzig settled on the lesser known Johann Sebastian Bach for their new Kantor.

Ludwig van Beethoven (1770-1827) Rondo a capriccio in G, Op. 129 'Rage Over a lost Penny' Robert Schumann said that this work shows that Beethoven was not only a transcendent genius, but a musician capable of down-to-earth humor. However, the amusing subtitle “Rage Over a Lost Penny” may not have been Beethoven’s idea. It is written in the original score, but not in Beethoven’s hand. Scholars believe that it was added by Beethoven’s friend Anton Schindler. Regardless of the origin of the subtitle, the wild abandon of the music is reflected in the composer’s markings. Beethoven wrote alla ingharese at the beginning of the work, which is believed to be a mix of the indications to play “like a gypsy” or “like Hungarian music.” In Beethoven’s time, Hungarian music and gypsy music were widely held to be one and the same.

Bob and Dick Shermnn (p. 1964) Fidelity Fiduciary Bank The beloved 1964 live-action Disney film Mary Poppins is full of whimsical characters. Alongside the titular magical nanny, there’s Admiral Boom, the retired navy man who helms a ship anchored on top of 17 Cherrytree lane, and Uncle Albert, who floats into the air and gets stuck on his ceiling whenever he has a laughing fit. The movie has no true villains, although the closest thing to an antagonist might be the Elder Mr. Dawes, the Scrooge-like executive director of the Bank of England who sings this song along with his board of directors. Dawes tries to convince Michael, the son of his employee George Banks, to invest his hard-earned tuppence in the bank, rather than giving it to the Bird Woman as Mary Poppins had instructed.  The end of the film credits the role of Dawes Senior to “Navckid Keyd,” until the card letters unscramble themselves to reveal an anagram of Dick van Dyke, who portrays Bert, the lovable, dancing chimney sweep in the film. Van Dyke later recalled that the costume for Dawes was so convincing that he was able to walk around Burbank, California and not be recognized.

Kurt Weill (1900-1950) Rise and Fall of the City of Mahagonny: Suite Kurt Weill’s first collaboration with groundbreaking playwright Bertolt Brecht produced this satirical opera The Rise and Fall of the City of Mahoganny, which portrays three fugitives’ attempt to rake in the cash by founding a pleasure city in a desolate northwestern American no-man’s land. Mahagonny was thought by Brecht to be a kind of utopian paradise, that is, if you were a fugitive, prostitute, drinker, or any other kind of degenerate low-life or criminal. In the city, the main pleasures of life take precedence over all, but of course, nothing gold can stay, so by the end of the opera—as predicted in the title—Mahoganny is left in ruins, a victim of its own false ideals. Really, the opera was a critique of capitalism in Weimar Germany, because although Mahoganny promised its citizens prosperity and happiness, corruption and evil lay underneath, the source of its demise. The opera marked a productive period for Weill and Brecht, who continued to collaborate on many works for the next four years following Mahagonny’s premiere in 1927.

James Scott (1885-1938) Prosperity Rag Scott Joplin may be the king of ragtime, but there were many other prolific composers of the genre who wrote popular rags, including James Scott. Scott had spent his early career as a “song-plugger” working in music stores to promote and demonstrate new publications by the Dumars Music Company in Missouri. The music publisher had already released two of Scott’s early rags when he met Joplin in St. Louis. Joplin was impressed with Scott/s work and introduced him to his own publisher John Stark, who added Scott to his catalog. Later James Scott moved to Kansas City where he briefly worked as a piano accompanist for silent film, but after talkies eliminated the need for live music during film screenings, he worked in a dance hall for the remainder of his music career. The Prosperity Rag is one of his later works, published in 1916.

Lorenzo da Firenze (d. 1373) Dà, dà, a chi avaregia The Italian composer and teacher Lorenzo da Firenze was born in Florence during the first half of the 14th century. He was a member of an incredibly active generation of poets, painters, artists, and musicians, all of whom thrived on the creative energy generated by the ideals of humanism. Writers such as Petrarch and Boccaccio mixed regularly with composers, who, inspired by their unconventional approach to poetry, began to experiment with new musical forms. “Dà, dà, a chi avaregia” is a madrigal for two voices. The text warns of the dangers faced by the man who hoards his money. “If the times play a dirty trick on him,” warns the end of the first section, “he will find out that you can’t have friends without a full purse.”

Irving Berlin (1888-1989) "I Paid My Income Tax Today" and "Any Bonds Today?"Both of these songs performed by Gene Autry were written by Irving Berlin in the early 40’s as propaganda music, commissioned by the US Treasury during the war. “I Paid My Income Tax Today” was written during the same time as round one’s Fanfare for the Common Man, encouraging all patriotic Americans to weather the storm of unprecedented tax hikes for funding the US army.  The song is the later companion of “Any Bonds Today” which actually references war bonds instead of investment bonds. Adapted from the 1938 Ginger Rogers musical “Carefree” and promoted as the theme song for the National Defense Savings Program, it gained further recognition when it appeared in movie theaters during a 90-second Bugs Bunny cartoon, signaling the moment when ushers would collect monetary contributions from the audience. War bonds could also be purchased at the ticket counter on your way into the movie.