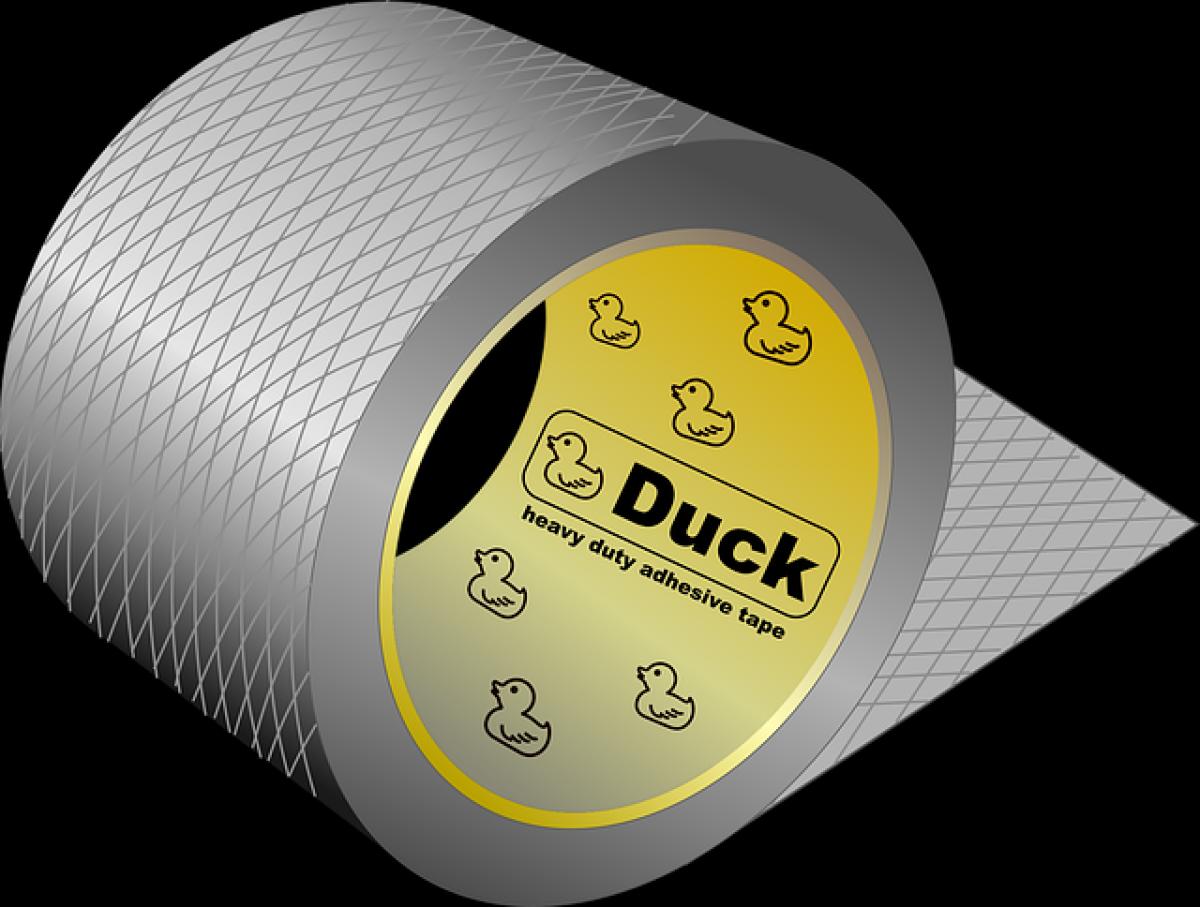 Autodidacts were on parade this week on Ether Game. We featured nine self-taught composers, performers and musicians, from the Yankee Tunesmiths, to Tin Pan Alley. Enjoy our Do-It-Yourself playlist below.

George Gershwin (1898-1937) Rhapsody in Blue Especially during the rise of Tin Pan Alley in the early 20th century, the United States produced a healthy number of self-taught songwriters. George Gershwin begins his professional career among this group, first teaching himself music on a family piano that was originally purchased for his older brother, Ira. Although Gershwin was widely successful as a songwriter for Broadway and publication, he wanted to write concert music. Rhapsody in Blue became his first, and remains a concert-hall hit, and he composed it in 1924, almost a decade before receiving any formal composition training. That’s not to say he didn’t try. While traveling in France in the mid-20s, Gershwin asked for composition lessons from Ravel and Natalie Boulanger, who both turned him down, believing that Gershwin’s already distinctive, jazz-infused approach to concert music did not require further training. Gershwin did finally find a composition teacher in 1932, Joseph Schillinger, who taught him for four years. It was after finding his teacher that Gershiwn was able to complete his only opera, Porgy and Bess.

Irving Berlin (1888-1989) Alexander's Ragtime Band White Christmas, Putin’ on the Ritz, God Bless America and Blue Skies, there might be no other composer in American history who wrote so much influential music with so little formal musical training. Irving Berlin’s professional career was well-established before he was even thirty years old, with hundreds of songs published, and many of them hits. The son of Russian immigrants arriving at Ellis Island, he left school when he was thirteen to help provide income for his family, discovering that he had a knack for singing. Berlin learned music entirely by ear. For almost his entire 60 year-long career, he did not read sheet music. Furthermore, as a self-taught pianist, he could only play in one key: F-sharp major,  that’s basically only the black keys.You might think this would have been a set-back for Berlin, but in 1940, he commissioned a piano from the Wesser Brothers with a transposing keyboard, meaning he could play in any key, while still only using his preferred black keys. That piano survived Berlin, and is now a permanent feature of the Smithsonian musical instrument collection.

Georg Philipp Telemann (1681-1767) Suite in D for Trumpet, Strings and Continuo We know the details of Telemann’s early life and education from the three autobiographies he wrote between 1718 and 1740. He was expected to become a clergyman, and so at age 10 he received singing lessons and about two weeks of keyboard lessons. Later he taught himself recorder, violin and zither, and also learned the principles of composition from transcribing scores. After some attempts to compose his own arias and instrumental pieces, Telemann completed his first opera Sigismundus at age 12. However, instead of encouragement, his mother forbade any more musical activities, fearing it would lead to a professional career in music instead of the church. Undeterred, young Telemann continued studying music nightly on borrowed instruments in secluded spots. An attempt to further separate him from his musical interests actually backfired when he was sent to school in Zellerfeld. As it turns out, the superintendent who guided Telemann’s general education was particularly interested in the intersection between math and music theory and allowed Telemann to continue composing. The rest is history.

Edward Elgar (1857-1934) Serenade in e, Op. 20 Though the seven children of English music shop owner and piano tuner H. W. Elgar spent their formative years in downtown Worcester, his fourth son's imagination was sparked by the family vacations in the English countryside. Edward Elgar began composing when he was only ten years old, jotting down tunes in a sketchbook that he used for a family play. Elgar was a largely self-taught musician. Though he was praised for his improvisations at the keyboard, his only formal musical training consisted of violin lessons from a local Worcester teacher. After holding a full-time position in a solicitor's office for one year, Elgar embarked on a career as a freelance musician. He was sixteen years old, and would remain a freelance composer and performer for the rest of his life, never once holding a secure post.

William Billings (1746-1800) Chester In the mid 1700’s, William Billings spent much of his early life in Boston  working the leather trade. He eventually earned his reputation as a chorister and singing teacher by his twenties. It is likely that he was taught from tune books by English pslamodists which were circulating around the American colonies. Billings himself wrote over 340 pieces, almost exclusively for unaccompanied group singing, and became the first American to publish a tune book solely devoted to American music when he released The New England Psalm Singer in 1770. Billings taught himself composition, following his own part-writing rules gleaned from Renaissance choral music. Trained composers at the time thought his style was clunky and audacious, too flamboyant for sacred music. A reform movement in the early 1800’s even suppressed performances of his music. However his sound and style has been kept alive in the rural south, especially through popular tune collections like The Sacred Harp and other shape-note singing practices.

Michael Daugherty (b.1954) MotorCity Triptych: for Orchestra: Pedal-to-the-Metal American composer Michael Daugherty is considered to be one of the ten most performed living composers. He studied at the University of North Texas, the Manhattan School of Music, and Yale, working with Earle Brown, Bernard Rands, György Ligeti, and jazz composer Gil Evans. Although highly educated, Daugherty began as a self-taught musician. He learned to play the piano from a mechanical player-piano in his childhood home. Daugherty would pump the foot pedals and watch the keys, eventually learning to mimic their movements..

This work the MotorCity Triptych was commissioned 2000 by the Detroit Symphony Orchestra. It’s also a little play on words. Daugherty’s work is in three parts, as you would expect from a triptych. But it’s also a “musical travelogue” of the city of Detroit. This second movement called “Pedal-to-the-Metal” provides a high speed drive along Michigan Ave. in downtown Detroit.

Toru Takemitsu (1930-1996) I Hear the Water Dreaming Toru Takemitsu first encountered Western music after he was conscripted into the Japanese army in 1944. Western music had been banned in Japan, however a fellow officer had smuggled in some recordings of French popular chanson which they played on a gramophone, using a piece of bamboo for a needle. The music deeply affected Takemitsu, and while he worked at an American military base during the post-war Allied occupation of Japan, he listened to as much music as he could on the radio network set up for U.S. forces. With little to no musical training, he was inspired to begin composing, using the works of Debussy and Messiaen as guides. Through the 1950’s and 60’s he would gain an international reputation as an innovator of experimental and avant-garde music.

Supply Belcher (1751-1836) The Power of Musicke We have already introduced one member of the First New England School of composers, also known as The Yankee Tunesmiths. This term is posthumously applied to a group of chorister-composers in the American colonies who were all self-taught. Many of them established choirs and ran singing schools alongside other professions, and all of them either published or were included in books of psalmody and fuging tunes. Supply Belcher was a farmer, merchant, tavern keeper and schoolmaster whose reputation as a violinist, composer and choirmaster earned him the nickname “the Handel of Maine.” The majority of his music, all for voices, is published in his tunebook The Harmony of Maine. While it can be a challenge to differentiate the Yankee Tunesmiths based on their music alone, Supply Belcher’s work stands out for including more florid ornamentation and specific performance directives not usually seen in New England psalm-singing at the time.

Frank Zappa (1940-1994) Peaches en Regalia Despite moving often during his childhood, Frank Zappa was a very active musician, playing mostly drums and sometimes guitar in various high school bands. He was an avid record collector, seeking out R&B singles and doo-wop, however his interest in the pure sounds of percussion instruments led him to classical modernist composers like Stravinsky and Varese. This would be a major influence as he developed his unique brand of music, mixing popular and classical music freely and abruptly with an iconoclastic attitude towards pop culture, consumerism and formal education. Self-taught experimental improvisation is at the heart of Zappa’s music, and within his band The Mothers of Invention, he developed a series of hand signals which allowed the musicians to move freely between tightly-knit composed sections and periods of free instrumental exploration.