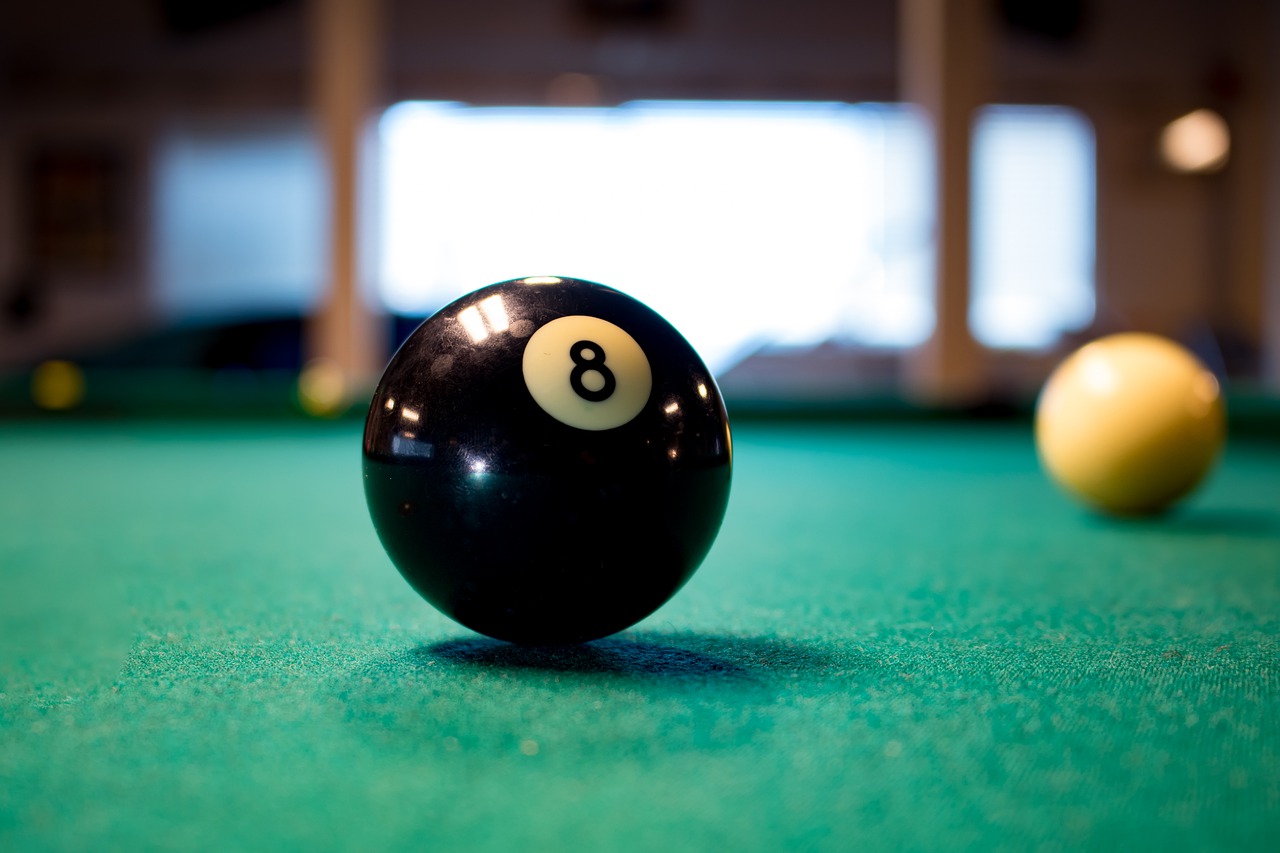 This week, we welcomed the eighth month of the year with a show celebrating the number eight in classical music. Browse these eight plus one selections from our game.

Johann Sebastian Bach (1685-1750) Sonata No. 1 in G Minor, BWV 1001: II. Fuga: Allegro The words “partita” and “sonata” had different meanings for just about every composer who used them. For Bach, they often manifested as dance suites and fugues for solo instruments: namely violin or keyboard. We just heard a version of one of his sonatas for an eight string instrument with a long association with classical music: the mandolin. Bach did not specifically write sonatas for the instrument, but that didn’t stop mandolin superstar Chris Thile from recording an entire album of Bach’s sonatas and partitas on the instrument. Many NPR listeners now know Thile as the host of Live From Here, the former homestyle music and comedy variety show that became one of many entertainment casualties of the pandemic. As the country recovers, Thile has planned a return to the solo stage this fall with a one man tour that will stop here in Southern central Indiana, in Nashville, in October.

Antonín Dvorák (1841-1904) Symphony No. 8 in G, Op. 88 Dvorak’s 8th Symphony is often overshadowed by the monumental popularity of his 9th or “New World” Symphony, but the work was a favorite of the composer, and a creative achievement in its own right. Appropriate to our show theme, Dvorak began composing the work in August, and hoped to contrast light, original, and cheery themes with the dark, melancholy  tones that he cultivated in his earlier works. The finale, which we just listened to, invokes Dvorak’s use of Bohemian folk music: a stately fanfare that develops into a raucous dance tune of unmistakable Czech flavor. The general jollility of the symphony reflects the celebratory occasion of it’s premier. Dvorak had just been elected to the Bohemian Academy of Science, Literature and Arts in 1890. He conducted the work a second time for another academic distinction, receiving an honorary doctorate from Cambridge University.

Frédéric Chopin (1810-1849) Etude Op. 25: No. 10 in b 'Octaves' An étude or “study” is a very familiar term to classical musicians, especially pianists. An essential part of the repertoire in any musical education, the étude usually focuses on some aspect of technique and allows the musician to learn and practice it in a musical and harmonic context. Before Chopin, most études were pretty dry, from a musical standpoint. However Chopin changed the genre forever when he imbued his two sets of études with endless poetic potential. Not only do these études demand advanced virtuosic technique, they express complex enough musical emotions to make these études fit for the concert hall, where they are often performed. The challenge of Chopin’s 10th étude from his Opus 25 set is that it focuses almost entirely on playing melodies in octaves, alternating between thundering stormy sections and a middle section that is quiet and lyrical.

Igor Stravinsky (1882-1971) Octet for Winds Stravinsky was described by many of his associates as having a large ego and an extremely intense personality. One could assume as much based on the amount of insults he fired off at fellow composers not only in his own musical circles, but also throughout the western canon. On one occasion, he complained “Why is it that whenever I hear a piece of music I don’t like, it’s always Villa-Lobos?”  On another, he said all you needed to write like Olivier Messiaen was “a large bottle of ink.” His criticisms stretched all the way back to the Baroque Era with slanders against Handel and Vivaldi, which is surprising because a large portion of Stravinsky’s style is defined by his interest in Early music. His Octet for winds comes from his Neoclassical period. We just listened to the Sinfonia from that piece, which is a term used to describe an instrumental portion of a Baroque opera.

Fanny Mendelssohn (1805-1847) Das Jahr: 'August' Fanny Mendelssohn-Hensel was a prolific composer in private, but her conservative family and the constraints of her historical era discouraged her from publishing until the end of her life. “The Year,” a suite for solo piano, remained unpublished during her lifetime. Even so, the suit is a more forward-thinking piece of music, with similarities to the style of Liszt and Schumann, than anything her more famous brother Felix Mendelssohn composed. Consisting of a movement for each month, plus a postlude, “The Year” is a music diary that reflects on Fanny’s year of travel in Italy with her husband and son. August is a lively march, recounting a brief return home to Berlin during the journey which cured Fanny’s homesickness. Of the 460 cantatas, chamber works and solo piano pieces that she wrote, Das Jahr continues to be her most popular work, however Fanny has recently become the subject of more research, as musicologists attempt to restore her and her music to its rightful place in music history.

William Byrd (1543-1623) Quomodo cantabimus [How shall we sing] William Byrd held an interesting position in British Renaissance musical life.  He was a Catholic, and composed music for the Catholic Church, at a time when England was staunchly Protestant and Catholics were violently persecuted.  He was able to continue to practice his religion and compose in a variety of styles due to Mary Tudor’s interest in Latin church music, despite her other reformist views.  He also received support from Queen Elizabeth I, in the form of a joint printing license with his teacher Thomas Tallis. Both Byrd and Tallis expressed their devotion to Catholicism, and even its fraught political implications, in their music. Many of Byrd’s motets were on the subject of the persecution of the Isrealites. The comparison to the Elizabethan age would not have been lost on Byrd's followers. The full title of this double motet (meaning that it is set for eight voices instead of the usual four) could be applied to the upheaval of the time,  a line from Psalm 136 of the bible: How shall we sing the Lord's song in a strange land?

Ligeti, György (1923-2006) Musica Ricercata: No. 7 The term “ricercata” has held a variety of different meetings through time. Bach used the term as headings for each part of his piece Musical Offering, in which a single theme undergoes a number of variations in different forms. Though working on a more fundamental level, Ligeti’s use of the term is close in spirit to Bach’s in that he means it as a kind of search or musical research. Both present a series of pieces that get progressively more difficult. The Musica Ricercata begins with a movement that includes only two different pitches: “A” and “D.” A new pitch is added in each subsequent movement, so that by the 11th and final movement, Ligeti used all 12 pitches of the chromatic scale. The movement for this selection uses eight pitches, and Ligeti utilizes a technique in which seven of these pitches are played rapidly in the same sequence while the right hand plays a hypnotic stepwise melodic line.

Caroline Shaw (b.1984) Partita for Eight Voices: No. 4 Passacaglia The vocal ensemble Roomful of Teeth have a mission statement: they are dedicated to reimagining the expressive potential of the human voice. This eight-member ensemble made waves in 2013 when Caroline Shaw, a member of the group, became the youngest person ever to win a Pulitzer Prize for Music for her work Partita for 8 Voices, written for the ensemble and their first self-titled album, which was successfully funded through Kickstarter. The vocal octet takes its name from the Bing Crosby and Bob Hope slapstick comedy The Road to Morocco, and while the group certainly incorporates humor into its music, at its root there is a sense of earnest and artistic experimentation with the human voice. Many contemporary composers from different musical genres have contributed to their repertoire, and their debut album is well-worth the listen.

Roger McGuinn, David Crosby, Gene Clark (1966) Eight Miles High The classic 1960’s band The Byrds helped pioneer a sub-genre of rock music known as “jangle pop.” Jangle pop gets its distinctive sound from purposely detuned 12-string guitars. Because the 12 string guitar is a coursed instrument like the mandolin, making slight adjustments in tuning so that the pairs of strings do not exactly match pitch can produce a shimmering effect which was desirable for the heady music of the 60’s. Eight Miles High was written while the Byrds were on a London tour. The lyrics describe the plane ride touching down in a London fog, though the veiled reference to drug use is also a sign of the times. Ravi Shankar and John Coultrane were both important influences on the Byrds when they wrote this song. The intricate instrumental motifs are reminiscent of both free jazz and sitar improvisation.