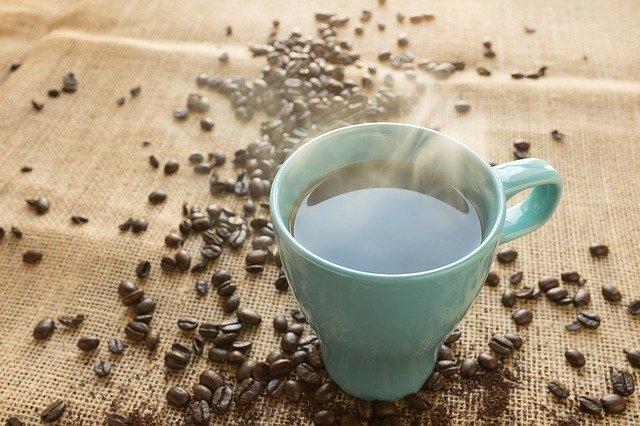 Vincent Youmans (1898-1946) Tahiti Trot (Tea for Two) The popular foxtrot Tea for Two comes from Vincent Youmans’ 1923 musical No, No, Nanette. Popular in both London and New York, the delightful tune was perhaps the best-known work from the show. Upon hearing a recording of Tea for Two, Russian conductor Nikolai Malko bet the then 22 year old Shostakovich that he could not write his own orchestration of the tune from memory in under an hour. Shostakovich won the bet, emerging with the score for his Tahiti Trot in 45 minutes. It became such a popular work for Shostakovich, that he made it part of his ballet The Golden Age. Besides Shostakovich’s version, there have been numerous arrangements of Youman’s dance number, mostly in the jazz world.  An especially well-known use of the song came from the Tonight Show, when bandleader Doc Severinsen would cue it up whenever one of Johnny Carson's jokes bombed.

Ralph Vaughan Williams (1872-1958) Five English Folksongs: Wassail Song Wassail Like his fellow Englishman Benjamin Britten, composer Ralph Vaughan Williams composed a medley of traditional Christmas carols into a large-scale work for chorus and orchestra, calling it a Fantasia on Christmas Carols. The carols in this work were adaptations from field work collected by Williams’ friend, folklorist Cecil Sharp. Surpringly, the christmas carol that Vaughan Williams became most closely associated with was not included in his Fantasia, but in his Five English Folk Songs, as the final movement of the suite: “Wassail Song.” The “Gloucestershire Wassail” which is the traditional name of the piece, has been sung since at least the 18th century in England. The most common and current version was published by Vaughan Williams in his Oxford Book of Carols, where he wrote that “the tune was sung to me in August or July 1909 at the Swan Inn, an inn in Pembridge, Herefordshire, by an unknown old person from Gloucestershire.”

Henry Purcell (1659-1695) Music for Plays & Masques Composer Henry Purcell was born in England in 1659, only two years after the appearance of the first English Chocolate House.  These proved to be very popular establishments, serving a role analogous to today’s coffee houses.  Chocolate houses were lively centers of political debate, but concert tickets also could be purchased there.  General admission tickets were usually sold in advance only for benefit performances.  By the year 1700, there were nearly 2,000 chocolate houses in England.  Purcell was known to enjoy a cup of hot chocolate when socializing, and this has played into a theory that his early death may have been caused by a poisoned cup of hot chocolate. It’s more likely though, that he succumbed to Tuberculosis. Chocolate does naturally contain a toxic alkaline called Theobromine. However, though this can be a problem if ingested by dogs and cats, it’s not strong enough to poison humans.

Johann Sebastian Bach (1685-1750) Cantata BWV 211: 'Ei, wie schmeckt der Coffee süße' (Coffee Cantata) Coffee had become a common comfort drink by the time Bach composed his Coffee Cantata. It had been introduced to Europe a century before Bach’s birth, but it was especially slow to arrive in Germany. In some locations, including Leipzig, coffee had been banned because it was considered harmful. By Bach’s time, however, the rules had been lifted and there were no fewer than eight full-time coffee houses. At one of these establishments called Zimmermann’s, Bach led performances of the Collegium Musicum. The “Coffee Cantata” may have been composed for such a performance. The piece shows Bach’s familiarity with the newest trends in Italian comic opera. The action centers around Herr Schlendrian (whose name roughly translates to “Mr. Stick-in-the-Mud”) and his rebellious daughter Lieschen, who loves to sing of her love of java.

Richard Strauss (1864-1949) Capriccio, Op. 85: Prelude Richard Strauss’s 15th and last opera is based on a short comedy first set to music by Antonio Salieri a century earlier.  The prologue, which we just heard arranged for string sextet, is the music that sets in motion the action of the play. The characters of the Composer and poet not only squabble over the music and text, but also vie for the affections of the Countess Madeleine.  As the plot becomes more and more confused, the Countess tries to calm everybody at the end of Act I by ordering hot chocolate all around  The author of the comedy that forms the basis for Strauss’s opera is Giovanni Battista Castil, himself a rival of Mozart’s librettist Da Ponte, who in his own Cosi van Tutte, includes a scene where characters in a crisis order a calming cup of hot chocolate.

Gustav Holst (1874-1934) Five Christmas Pieces: Wassail Song Wassail is a spiced punch drink that is commonly consumed at Twelfth Night and Christmas celebrations.  While contemporary wassail is more reminiscent of mulled cider, the historical wassail is closer to mulled beer.  Sugar, ale, ginger, nutmeg and cinnamon would be placed in a bowl, heated, and topped with slices of toast.  The term wassail comes from the Old English expression wes hál, meaning, “be in good health”, and was originally used as a toast. It also refers to the tradition of going door to door with the wassail bowl singing carols in exchange for gifts. Many holiday and traditional carols mention wassail, including the Gloucestershire Wassail which has been harmonized and set to a new melody in this selection by Holst.

Philip Lane (b. 1950) Suite of Cotswald Dances: Wassail Song In his childhood, Philip Lane picked up music through learning by ear, though in his formal training he was encouraged to grow out of it. However, this would become a key skill in his musical career when his reconstructions from lost film scores by Richard Addinsel and early Hitchcock films became commercially successful. These selections were all meticulously transcribed by ear. He also taught himself orchestration, and for his earliest original composition of orchestral music, Lane drew from the cultural heritage of his hometown Cheltenham at the foot of the Cotswald hills. The last movement of this instrumental suite once again features the well-known Gloucestershire Wassail, but also incorporates neighboring wassailing carols from Herefordshire and Yorkshire.

Alan Bullard (b. 1947) Recipes: I. Coffee and Croissants Though composer Alan Bullard has a background in the English choral tradition, his music for wind instruments has gained particular popularity, especially among young players and amateurs. His composition Recipes was originally written as a suite for solo recorder, though it proved to be so successful that Bullard later wrote accompanying parts for piano, guitar and string orchestra. Each movement of this suite represents a dish in a five-course meal, with the geographical origin of each dish forming the stylistic basis of the music. Coffee and Croissant has a chic Parisian flair, and later movements incorporate the blues, the habanera, Chinese pentatonicism and the circus galop.

Chris Thile (b. 1981) Punch Bowl The contemporary bluegrass group known as the Punch Brothers is the creation of mandolinist Chris Thile, a virtuoso musician equally adept at bluegrass, rock, jazz, and classical styles. The group formed in 2006 to record “How to Grow A Women from the Ground”, but did not release music as the Punch Brothers until their 2007 release titled Punch, which featured a forty-minute instrumental suite written in part by Thile as a form of catharsis to cope with his 2003 divorce. After debuting the album at Carnegie Hall, the Punch Brothers have recorded four more albums and have toured extensively, playing a mixture of traditional bluegrass, original compositions and classical transcriptions.