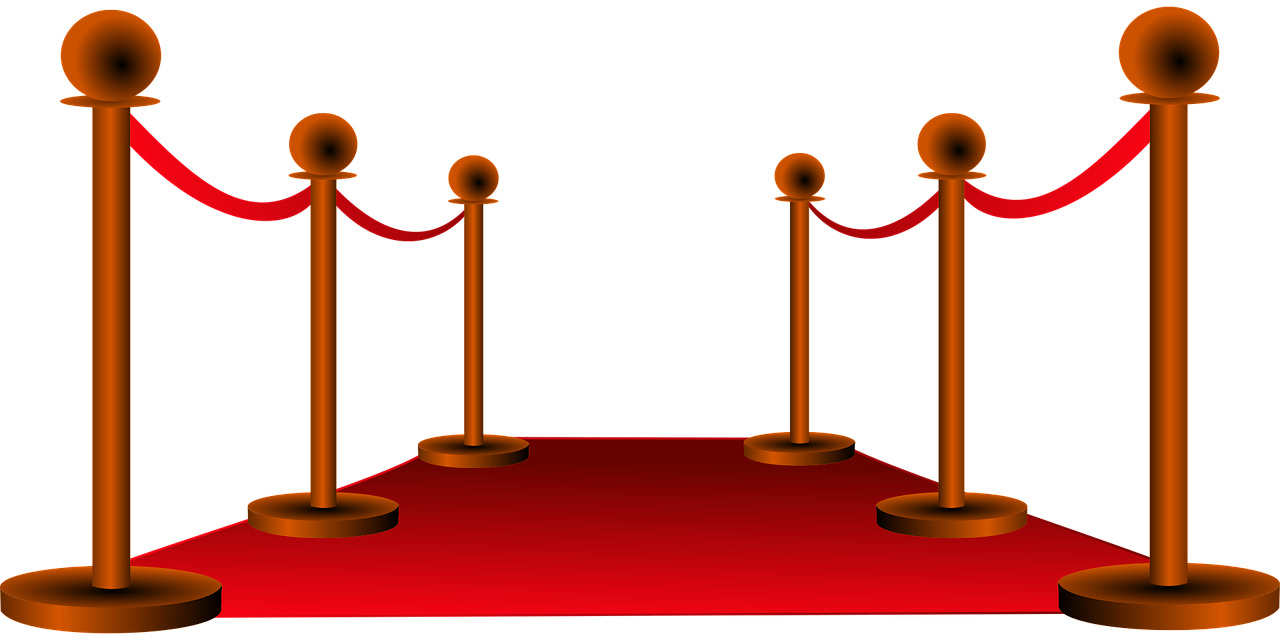 On this week's playlist: movie stars, tv personalites, royalty and socialites. When they weren't busy being the talk of the town, they found some time to practice classical music. Our show was called Celebrity Jeopardy.

Wolfgang Amadeus Mozart (1756-1791) The Magic Flute, K. 620: 'Die Hölle Rache' This recording is of Florence Foster Jenkins, regarded by historians to be the world’s worst opera singer. Florence Foster Jenkins' career is well documented. She had a larger than life personality, a love of the spot-light, and enough money to fund a glamorous performance career in opera, despite the fact that she could not sing, speak other languages, or keep rhythm. She produced several professional recordings of popular arias on 78 record and was known to perform in elaborate angel costumes of her own design. Initially giving only private recitals, she became a cult figure in New York City, eventually performing a sold-out show in Carnegie Hall at the age of 76. Interest in Florence Foster Jenkins has been revived thanks to a recent biopic released in 2016 starring Meryl Streep as Jenkins. The movie concludes with her most famous quote: “People may say I can't sing, but no one can ever say I didn't sing.”

John Philip Sousa (1854-1932) The Liberty Bell In 1969, a new comedy show hit the BBC airways that would change comedy for years to come. That show was Monty Python’s Flying Circus. The first few episodes of the show were created on a very tight budget, so choosing a theme song for the show was a challenge due to tough British copyright laws. In the end, the members of Monty Python  found a recording of Sousa’s Liberty Bell March that was in the public domain. From the beginning, classical music has had a place in the absurdist sketch comedy of the Python crew: the exploding orchestra, musical numbers that parody Gilbert and Sullivan, a rendition of Tchaikovsky’s Piano Concerto No. 1 played while escaping from a burlap bag, and more recently, an oratorio based loosely on Monty Python’s film Life of Brian, called Not the Messiah, which was produced by Eric Idle with the help of George Frideric Handel.

John Adams (b.1947) Nixon in China: Selections Royal figures appear often in opera, but the Ether Game Brain Trust knows of very few that feature American presidents. Adam’s Nixon in China is the most famous, and is considered a masterwork of American opera. The opera retells the real-life story of President Richard Nixon’s historic 1972 trip to China, meeting with the Chinese Premier Chou en-lai and Chairman Mao Zedong, chairman of the Chinese Communist Party, an event that ended 25 years of Chinese-American isolation. In connection with tonight’s theme, Nixon was himself an amateur classical musician and composer. He once stated that he considered a career at the organ, his favorite instrument. Nixon studied piano through college and even performed a mini piano concerto  of his own on Jack Parr’s Tonight Show. You can find the performance on youtube, which features accompaniment by what Jack Parr states as  “15 Democratic Violinists.”

Luigi Boccherini (1743-1805) String Quintet in C, Op. 30 (G.324) 'Musica notturna delle strade di Madrid You might be surprised to discover that classical music had a part in the epic naval battles of the Napoleonic Wars, but even before it was adapted into a film, author Patrick O’Brian wrote that Jack Aubrey and Stephen Maturin, the lead characters of his Master and Commander book series were amatuer musicians, both enjoying Bach and Boccherini on the cello and violin. When Master and Commander: The Far Side of the World was adapted into a film in 2003, the final scene of the film involved the lead characters, portrayed by Russell Crowe and Paul Bettany, playing a duet version of Boccherini’s La Musica Notturna delle Strade di Madrid in the captain’s cabin of the warship Surprise as she sails towards the South Pacific. Both Russell Crowe and Paul Bettany actually learned to play string instruments, and though the duet was later over-dubbed for production purposes, the two actually performed the duet during filming. Paul Bettany later recalled that he hated playing the cello, believing that he could never make the instrument sound good. He described his playing as “like trying to climb inside of a squirrel.”

Johann Joachim Quantz (1697-1773) Flute Concerto in D One essential aspect of the popular children’s television show Sesame Street, is to feature a celebrity guest. Many musicians have been featured on the show, including notable classical musicians. James Galway, who we just heard playing a flute concerto, appeared on Sesame Street several times, most notably in a segment where he helps Big Bird introduce the alphabet using the notes of the musical scale. The composer of our selection, Johann Joachim Quantz, also interacted with another kind of musical celebrity, Frederick the Great, king of Prussia. Frederick the Great was himself an amature flautist, and Quantz was employed as a composer and teacher in the royal court. He was the only person allowed to criticize the King’s playing, which he would indicate by coughing whenever the king played a wrong note.

Michael Daugherty (b.1954) Dead Elvis Dead Elvis is a new spin on the Faustian legend. American composer Michael Daugherty wrote his “Dead Elvis” in 1993 for bassoonist Chuck Ullery. The work tells the tale of Elvis Presley, a modern day Faust, who instead of selling his soul, sells out to Hollywood, Colonel Parker, and Las Vegas for wealth and fame.  The piece used the Dies Irae chant from the medieval requiem mass as its primary musical material.  The chant tune becomes the subject for a set of variations by the solo bassoon over fifties rock and roll ostinatos in the ensemble.  The work is historically performed with the soloist dressed up as an Elvis impersonator.  To further the Faustian parallel, the ensemble for “Dead Elvis” is the same as that for Igor Stravinsky’s L’histoire du Soldat (1919).

William Lawes (1602-1645) Royall Consorts: Sett No. 2 in D: selections In the years after John Dowland but before Henry Purcell, composer William Lawes reigned as the greatest composer in England. Working in the early 17th century, Lawes was employed by King Charles I, even before Charles was coronated in 1625. Lawes became known for being a master of the 12-course theorbo (essentially, a very large lute), and wrote many royal consorts for the king. It’s theorized that Charles played bass viola da gamba in these consorts, and other works by Lawes feature increasingly difficult parts for bass viol, indicating that Charles may have become somewhat of a royal celebrity on the instrument.  Lawes was so loyal to King Charles I that he actually fought and died alongside him in the English Civil War. Charles lamented Lawes, calling him “The Father of Musick.” However, King Charles met his own demise shortly after. Both he and his son Charles II were defeated in the English Civil War, overthrown by the military leader Oliver Cromwell.

Anthony Hopkins, CBE (b. 1937) Margam Although he would grow up to be an extremely successful actor, Anthony Hopkins as a child wanted to become a composer, His mother, who purchased a piano for the young Hopkins, had ambitions to make him a concert pianist. He even received a scholarship to the Cardiff College of Music and Drama, with the intention to study music, but “fell into acting by default” which he would then pursue for the rest of his career. However the desire to make music never left him, and he continued to improvise and write music for the piano. With the encouragement of his wife Stella, he collected and orchestrated many of these compositions from the past 50 years, resulting in a performance by the Birmingham Symphony Orchestra, and released an album of the live performance. This track is of a work titled Margam, in reference to Hopkins’ childhood home in Wales.

Billy Taylor and Dick Dallas (1967) I Wish I Knew (How It Would Feel to be Free) While it surprised us to find out that Anthony Hopkins had released an album of his own compositions, we were even more surprised to learn the actor Jeff Goldblum has been playing piano in jazz clubs around Los Angeles since the 1990’s. The band which accompanies Goldblum. The Mildred Snitzer Orchestra, is named after a family friend from Pittsburg, Goldblum’s hometown, and where he took piano lessons as a kid. According to him, his first performing gig as a musician was at a cocktail lounge when he was 15. Goldblum’s shows are very loose and improvised, clocking in at around 3 hours, and rely just as much on the actor’s charisma, showmanship, and ability to work the audience as his skill at the piano. One would hope that post-pandemic, we can still find him and the Mildred Snitzer Orchestra at the Rockwell Club in L.A.