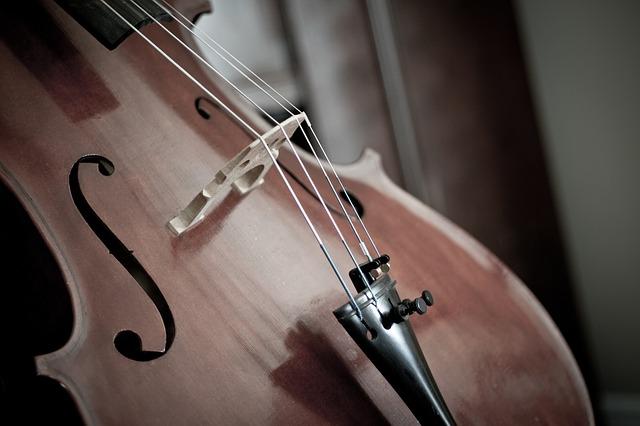 This week, we celebrated the birthday of the late János Starker, master of the cello and a distinguished long-time professor of music at Indiana Univeristy. Enjoy these eight selections form our show, taken from Starker's discography of over 150 recordings. For round 9, we featured a piece by Starker's long time friend, collaborator and fellow professor, David Baker.

Peter Ilyich Tchaikovsky (1840-1893) Variations on a Rococo Theme, Op. 33 When Tchaikovsky composed his “Variations on a Rococo Theme,” he used the term “rococo” to describe an original melody written in the classical style of Mozart, whom he greatly admired. Rococo is most often used to describe an interior decorative style most popular in France in the late 1700’s. Characterized by extensive (and some would say overuse) of curvilinear ornament inspired by shells, flowers, pastoral themes and bizarre combinations of humans and animals, the style has no real musical equivalent. However the grace, frivolity and natural lightness expressed in Rococo art is very much present in Tchaikovsky’s nine variations for cello and orchestra, written for cellist WILHELM FITZENHAGEN who was a fellow professor at the Moscow Conservatory. Fitzenhagen extensively altered the piece over subsequent performances, changing the order of the variations, splicing passages, and eventually eliminating the eighth variation altogether.

Camille Saint-Saëns (1835-1921) Cello Concerto No. 1 in a, Op. 33 The 1860s and 70s were a time of relative turbulence and success for the burgeoning Saint-Saëns. Having already been accepted in French musical society, he was keyboard prodigy since his first public concert at 10 years old, he begin to solidify his reputation as a composer, competing twice in the Prix de Rome, and beginning work on what would become one of his most popular pieces, The Carnival of the Animals. In 1870, the Franc-Prussian war broke out, and after serving a stint in the National Guard, Saint-Saëns fled to England for a brief period, before returning to Paris. With anti-German sentiments on the rise, Saint-Saëns and his musical colleagues strove to promote new French music. In 1972 he completed his first Cello Concerto for  Anton Tolbecque, a French concert cellist who, alongside his interest in modern music, built and played viola da gamba.

Robert Schumann (1810-1856) Fantasiestücke, Op. 73 1. Zart und mit Ausdruck There is a long tradition of composers writing themselves into their music, sometimes as direct characters, other times as observers of the abstract, metaphysical forces that music seeks to define. At no point was this technique more on parade than in the Romantic Era, with early examples from Beethoven and Berlioz. In 1837, Schumann joined the team with his Fantasiestucke Op. 12 for piano, a programmatic collection of works in which the dreamy character Eusebius is a symbolic representation for the composer. Eight years later, Schumann completed another Fantasiestucke Op. 73, this time for piano and clarinet, or alternatively cello, as we just heard. A much more abstract piece, the character of the composer is still present in the music, but this time as what Schumann might have called “unrestricted imagination,” moving through various moods throughout the movements.

Carl Philipp Emanuel Bach (1714-1788) Cello Concerto in A, Wq. 172, H. 439 CPE Bach’s volatile and eccentric cello concerto includes all of the musical characteristics of sturm und drang. The artistic movement was just taking off in 1750, and would influence all areas of the arts, especially literature and theater. Bach wrote three cello concertos during this time, which was unconventional. The cello was not yet popular as a solo instrument, though C.P.E’s father had already written his famous cello suites and Vivaldi had written many cello concertos. Perhaps even C.P.E. himself was uncertain, as these concertos could optionally be performed on flute or harpsichord. Regardless, these concertos unlocked the virtuosic potential of the cello and are some of the most sublime repertoire for the instrument from the Classical period.

Luigi Boccherini (1743-1805) String Quintet in C, Op. 47, No. 8 (G. 349) As a youth, Luigi Boccherini shared the family spotlight with his equally-remarkable siblings. His older brother worked as a ballet dancer and court poet in Vienna and Italy, and all of his sisters had successful careers in either ballet or opera. Although well regarded for his talents especially as a composer and cellist, Boccherini was in constant need for patronage, so he traveled frequently from his home in Lucca, to Vienna, Paris, and elsewhere, looking for financial support and publishing opportunities. His String Quintets, unusual for an added cello part, were written for his most prestigious patron, the crown Prince Friedrich Wilhem of Prussia. In the late 18th century, Boccherini himself would have played the principal cello part, with the prince made cellist sat beside, on cello two, soon to become king.

Heitor Villa-Lobos (1887-1959) Fantasia for Violoncello and Orchestra Heitor Villa-Lobos is likely the most significant composer of modern Brazilian art music. Influenced by both his cultural heritage and Bach, Villa-Lobos brought more attention and appreciation to Brazilian music than ever before by his unique synthesis of Latin American and baroque classical music traditions. Although he learned clarinet, piano and guitar, the cello was the first instrument Villa-Lobos learned to play and always remained his favorite. It was an important part of his livelihood in his early music career when, after dropping out of medical school, he supported himself by playing the cello in hotels, theaters and cinemas. It was there that he heard much of the popular Brazilian music that would later influence his compositions.

Max Bruch (1838-1920) Kol Nidrei, Op. 47 Kol Nidrei is the most well-known of Bruch’s short instrumental pieces published in the 1880’s. Written as an adagio based on Hebrew themes, the title comes from a prayer for Yom Kippur. Bruch was not Jewish, however many members in the choral society he directed in Berlin were, and it was from them that he received the source material for Kol Nidre and three other Hebrew songs published in 1888. These pieces reflect Bruch’s eclectic interests in folk music, which inspired other works such as his set of Swedish dances for violin and piano, his suite of Russian folk-melodies for orchestra, and his Scottish fantasia for violin.

David Popper (1843-1913) Tarantella Rising through the ranks of the Prague Conservatory to become the principal cellist of the Viennese Philharmonic in 1868, David Popper was the youngest musician to ever hold that position, and already was well respected as a performer of chamber and orchestral music. Known for his flawless technique and strong warm tone, Popper was also a promoter of new music, performing contemporary works and his own compositions. Aside from a few cello concertos, the majority of his oeuvre is salon music, usually short melodic episodes and character pieces with descriptive titles. He is also known for a set of 40 chromatic etudes that develop the cellist’s left-hand technique in the context of Wagnerian harmony.

David Baker (1931-2016) Suite for Cello and Jazz Trio: Calypso David Baker was a Distinguished Professor of Music and the Emeritus Chair of the Jazz Studies Department here at IU, and joines Janos Starker as one of the longest serving music faculty in the Jacobs School of music history. You might think the two would be an unlikely pair: Starker, firmly ensconced in the classical music world (there are no recordings of him playing in any other genre) and Baker, blazing the trail for Jazz Studies at IU. It was the cello and a joint interest in composition that brought them together. Baker began his musical life as a cellist, and eventually wrote a concerto for Starker to premiere. Starker, who never published any completed compositions, saw great potential in Baker’s style, wrote several themes for Baker, and inspired his Singers of Songs, Weavers of Dreams for Cello and Percussion. At Janos Starker’s 75th birthday celebration, a week-long series of concerts, masterclasses and lectures dedicated to Starker held in Bloomington in 1999, Baker was an honored speaker