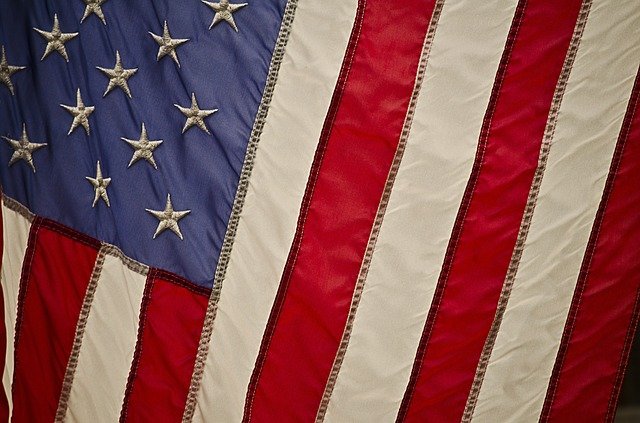 Dancer Martha Graham, and composers Irving Berlin and William Grant Still have birthdays on this date in history. We celebrate this happy coincidence with a show about American influence in classical music.

Antonín Dvorák (1841-1904) Symphony No. 9 in e, Op. 95 'From the New World:' iv - Allegro con fuoco When Dvorak received an offer in 1891 to teach composition at the National Conservatory in New York City, it was hard to refuse: the Czech composer was being offered roughly twenty-five times his salary at the University of Prague! During his stay, Dvorak avidly studied American folk music, and some have heard loose quotations of specific American melodies in his Ninth Symphony. Dvorak, however, maintained that these were not literal quotations, but merely evocations of an American style. In fact, the symphony is a hybrid—just as much European as American. It became an “American” work by appropriation, however, as the beautiful Largo was eventually set to the hymn text “Goin’ Home” by one of Dvorak’s students, William Arms Fisher. Fisher would later become an important collector and editor of American folk music.

Ferde Grofé (1892-1972) Mississippi Suite Today, American composer Ferde Grofé is remembered for his delightful symphonic repertoire and for his orchestration of Gershwin’s Rhapsody in Blue, an arrangement that led both himself and the Paul Whiteman Orchestra to great fame.  But prior to his success, he found work as a violinist at convention halls and as a pianist and arranger for various dance bands.  In 1908, Grofe received his first commission from the Benevolent and Protective Order of Elks, or just The Elks.  He was hired to write a work for the organization’s convention in Los Angeles and shortly after that success landed a position as a violist with the Los Angeles Symphony, a post he maintained for 10 years.  Fond of writing works dedicated to the American landscape, Grofe began his series of American suites with his Mississippi Suite in 1924. The programmatic work depicts scenes along a journey down the Mighty Mississippi from its headwaters of Minnesota down to New Orleans.

Samuel Barber (1910-1981) Medea's Meditation and Dance of Vengeance, Op. 23a Considered by many to be the 20th century's most important dancer and the mother of modern dance, the influence of Pittsburgh native MARTHA GRAHAM could be seen in generations of choreographers and dancers including Merce Cunningham, Paul Taylor, and Twyla Tharp.  Her groundbreaking style featured sharp, angular, and direct movements of and her technique was complete departure from the predominant style of her time. During the 1940s, GRAHAM seemed preoccupied with Greek mythology and began a series of commissions from various composers. This ballet from American composer Samual Barber is based on Medea, the powerful enchantress from Greek Mythology, who helps Jason and the Argonauts find the Golden Fleece. Graham would later work with the father of the American symphonic sound, Aaron Copland, on what has since become one of the most famous pieces of American music: Appalachian Spring.

Howard Hanson (1896-1981) Merry Mount, Op. 31: Maypole Dances Nebraskan composer Howard Hanson is also remembered for his work as director of the Eastman School of Music.  He held this post until his retirement in 1964.We just listened to dances from Merry Mount, an opera which wasn’t created the usual way, it’s libretto was written before Hanson had been selected to create the music. Writer Richard Stokes was inspired to write an opera based on a short story by Nathaniel Hawthorne called the Maypole of Merry Mount. The story bears similarities to The Scarlet Letter. A Massachusetts Bay Colony in the 17th Century still practices pagan traditions from the Old World, like dancing the Maypole. This is discovered by a group of Puritans, and tension ensues. Stokes picked Hanson to write the music because by that point, Hanson was respected widely as a crafter of a distinctly American classical sound. He had never written an opera before Merry Mount.

William Billings (1746-1800) Shiloh In the mid 1700’s, William Billings spent much of his early life in Boston  working the leather trade, something he would continue off and on for most of his life. However, though it is not known exactly how, he eventually earned his reputation as a chorister and singing teacher by his twenties. It is likely that he was taught from tune books by English pslamodists which were circulating around the American colonies. Billings himself wrote over 340 pieces, almost exclusively for unaccompanied group singing, and became the first American to publish a tune book solely devoted to American music when he released The New England Psalm Singer in 1770. Billings tended to follow his own rules when it came to part-writing, using a method gleaned from Renaissance choral music, however Classical art music composers at the time thought his style was clunky and audacious, too flamboyant for sacred music. A reform movement in the early 1800’s even suppressed performances of his music and led to the European-oriented hymn singing that has continued through today. However his sound and style has been kept alive in the rural south, especially through popular tune collections like The Sacred Harp and other shape-note singing practices. .

Lou Harrison (1917-2003) Double Concerto for Violin and Cello with Javanese Gamelan, III. Allegro moderato Lou Harrison’s early studies in music were strongly influenced by the likes of Ives, Schoenberg, and Varese. However it wasn’t until the early 60’s after he spent  several months in Korea and Taiwan studying Asian music that he began the more multicultural approach to composition he would become best known for. Like composers such as Debussy before him, Harrison became inspired by the music of Eastern traditions, among them the percussion ensemble music of Javanese gamelan. In its entirety, the gamelan consists of many different sets of gongs and tuned metallophones. Harrison eventually constructed his own “American Gamelan” out of easily-procured metal materials like oil drums and tin cans, and tuned it to a pure D scale, in a true synthesis of eastern and western music. Eventually he would construct more gamelans in just tuning, and wrote dozens of compositions for these unique ensembles, often involving the collaboration of more traditional western instruments such as the violin and cello.

Charles L. Johnson (1876-1950) Crazy Bone Rag (arr. Johnny Maddox) Though Scott Joplin may have been labeled the King of Ragtime, in his day Charles Johnson was certainly a force to be reckoned with. Learning piano in his youth at a public school in Kansas City, Charles Johnson was eventually employed as a song and piano demonstrator for J.W. Jenkins’ Sons Music Company. However he was also publishing music on the side, including his own works. Crazy Bone Rag was an early composition from 1918, but has the characteristics of  Johnson’s style, consisting of simple themes voiced in thin textures. His later Dill Pickle Rag would become extremely popular, entering the canon of the American Song tradition, and his piece Iola is responsible for a mid 1900’s musical fad for “Indian intermezzi” piano pieces which questionably evoked Native American culture. Though Charles Johnson published 32 piano rags under his own name, he released around 400 works under a slew of pseudonyms including Raymond Birch, Ethel Earnist, Herbert Leslie and Fannie B. Woods.

Curtis-Smith, Curtis O.B. (b.1941) The Great American Symphony (GAS!) American composer C. Curtis-Smith—full name: Curtis Curtis-Smith—is one of the more decorated contemporary composers, earning over 100 grants, awards, and commissions from everyone from the Guggenheim Fellowship, to ASCAP, to the American Academy and Institute of Arts and Letters. His 1982 piece The Great American Symphony, in parentheses GAS! (with an exclamation point, no less) is a boisterous and often irreverent celebration of the myriad musical idioms coming out of this land. Within its four movements, we hear references to American blues and rock, the march, Sacred Harp, jazz, and barbershop music, as well as quotations of the American tunes The Star-Spangled Banner, I Got a Girl in Kalamazoo, Battle Hymn of the Republic, and On Top of Old Smoky. Even the instrumentation is American, including two of the most important American-invented instruments: the banjo and the kazoo.

John Fahey (1939-2001) I Am a Poor Boy a Long Way from Home For folklorist and guitarist John Fahey, record collecting was an obsession that began at the same time he picked up the guitar. Fahey would travel long distances to seek out pre-war 78’s of old blues and country musicians, and acquired an extensive knowledge of the obscure corners of American roots music. The fingerpicking styles of Delta Blues musicians would ultimately influence his own guitar playing, but Fahey brought in many other influences, avant-garde, appalachian finger picking, Tin Pan alley and Indian raga, and fused it all together into an idiosyncratic style dubbed American Primitive guitar music. Fahey founded his own record label in 1959 to distribute his music, pressing them on shellac 78’s just like the old recordings he collected. He would also write extensive liner notes which often mocked the pretentious attitude of contemporary blues scholars, though Fahey was a scholar himself and received a masters from UCLA in 1966. He achieved modest fame in the college folk music circuit in the 60’s and 70’s, and was respected in underground music scenes for most of his life, However his career experienced a revival in the 90’s and has inspired a whole new generation of American Primitive guitarists such as Leo Kotke and Robbie Basho.