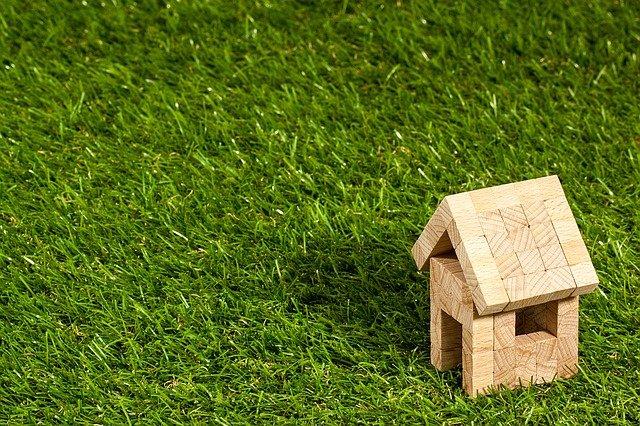 This week, we are threw open the doors of a musical house for a show inspired by dometic architecture. Tour our nine musical rooms with the playlist below.

Frédéric Chopin (1810-1849) Berceuse in D-flat, Op. 57 During the Romantic Era, composers codified a genre of music that originated in the folk melodies sung to lull children to sleep. “Berceuse” is the French term for lullaby, and Chopin’s Berceuse in D-flat Major is the archetypal work in this genre., with its soft dynamics, rocking meter, and the gentle melody with occasional flights of chromaticism. Chopin wrote this piece in a Nohant at the summer home of Amantine Dupin, better known by her pen name George Sand. Starting in about 1839, Chopin would split his time between Paris in the winter and Nohant in the summer. Many of his most important works were written in Sand’s home in Nohant.

Igor Stravinsky (1882-1971) Concerto in E-flat 'Dumbarton Oaks' Stravinsky’s Concerto in E flat for chamber ensemble is known as the “Dumbarton Oaks” concerto because it premiered in the music room of the Washington D.C. estate of Robert and Mildred Bliss, who commissioned this piece and several other works by Stravinsky. The main musical theme is a clear quotation of Bach’s third Brandenburg concerto, which Stravinsky had conducted in Cleveland in 1937. Stravinsky mentions not being able to get the melody out of his head, and it became the main inspiration for the Dumbarton Oaks Concerto when he wrote it the following summer by Lake Geneva. This would be Stravinsky’s last composition written in Europe before moving permanently to the U.S. The original manuscript is still kept in the library at Dumbarton Oaks along with the manuscript for Stravinsky’s Septet, which he wrote over a decade later.

Hector Berlioz (1803-1869) Sara la baigneuse [Sarah the Bather], Op. 11 In the 1830s, Hector Berlioz was creating music on a grand scale.  His 1837 Requiem calls for enormous musical forces including eight pairs of timpani and brass choirs in all four corners of the church in which it was first performed.  Despite this bombast, many parts of the Requiem are quiet and delicate.  We hear Berlioz’ delicate style in the song Sarah the Bather, first composed in 1834 for a quartet of male voices accompanied by piano.  In 1850 Berlioz revised the work for three choirs and orchestra.  Despite the large size of the performing forces, the delicacy of the original still shines through. The text by Victor Hugo, a somewhat sensuous account of a girl bathing, created quite a stir when performed for German audiences in 1854.

George Frideric Handel (1685-1759) Keyboard Suite in F, HWV 427 George Frideric Handel wrote in almost every available music genre, and although he is mostly remembered today for his occasional music: oratorios, operas, royal firework and water suites, he was a phenomenal keyboard player. From an early age, Handel had a small clavichord that he kept in the attic of his family home, so he could secretly practice (His father did not initially support his music career). This harpsichord Suite in F gives us a taste of what Handel’s flying fingers were capable of. The famed harpsichordist Dominico Scarletti apparently used to cross himself when speaking of the skill of Handel. The two virtuosos even once dueled keyboards at a court concert in Rome. They also share the same birth year!

Béla Bartók (1881-1945) Bluebeard's Castle, Op. 11 No.7 The Wives Bluebeard, as the original French fairy tale goes, becomes feared for his habit of killing his wives and leaving their bodies locked in a room in his castle, which can only be opened by an enchanted key. That key is left in the charge of his new wife, with strict orders never to use it, but when she inevitably does, she is shocked by the gruesome sight and drops the key on the floor, which is covered in blood. No matter how hard she tries to wash the blood off one side of the key, it always appears on the other side, thus her disobedience is always revealed. Béla Bartók reworked the story significantly for his 1911 opera Bluebeard’s Castle. In the opera, Bluebeard and his new wife Judith arrive at the dark castle, and Judith requests that all the doors in the castle be opened to let the light in. Bluebeard begs not to, but eventually each door is opened to reveal the curious spectacles inside: a torture chamber, a storehouse, a beautiful garden, and eventually Bluebeard’s former wives, alive but imprisoned in the castle forever.

Bohuslav Martinu (1890-1959) La revue de cuisine [Kitchen Revue] Martinu’s 1927 one-act jazz ballet Kitchen Revue has an alternate title, “The Temptation of the Saintly Pot” which hints at ballet’s absurd cast of characters. Written from a prompt suggested by Jarmila Kröschlová, the premiere dancer in Prague at the time, the ballet’s plot revolves around the romance and drama among cooking utensils in a kitchen. The marriage between Pot and Lid comes into question when the Pot is magiced by a whisk. Meanwhile a dishcloth wants to seduce Lid but is challenged to a duel by the broom. At one point Lid rolls away into a corner but is kicked back by an enormous foot and the lovers reunite. As silly as the ballet sounds, Martinu considered it one of his most successful works, believing the ordering of the various movements to be impeccable. Despite this, the complete ballet was rarely performed in its entirety after the premiere. A concert suite derived from the score has proved to be more popular

Kary Davidov (1838-1889) Drei Salonstucke, Op.30: I. Davidov’s stature as one of the greatest cellists of his time tends to overpower his recognition as a composer. This may not be surprising given that his music training in Leipzig taught him how to write like Schumann and Mendelsohnn and not in the nationalist Russian style that was favored in St Petersburg, where he was a professor at the conservatory in 1862. Davidov wrote mostly chamber and cello music, though an attempt to write an opera was abandoned and the libretto sent to Tchaikovsky, who used it to write Mazeppa. Davidov’s three pieces for the salon follow a fashion for light and sentimental music meant to be performed at gatherings of like-minded intellectuals, usually in an intimate domestic setting such as a salon or drawing room. Sometimes it was performed by the composer themselves or a skilled player, and were usually short character pieces or paraphrases of operatic themes. The piano became the instrument of choice for salon music, but often also could feature a solo instrument or voice with piano accompaniment.

William Ferris (1937-2000) Corridors of Light Organist Francis Crociata wrote that “the quality and beauty of William Ferris’s music is far out-of-proportion to its relative obscurity.” In 2010, it was given widespread recognition when Cedille records produced recordings of Ferris’ masterworks, of which Corridors of Light is a chief example. The Chicago-born, deeply catholic composer completed the piece in 1994, a commission for the 150th anniversary of the Episcopal Church of the Epiphany in Washington D.C. Corridors of Light is  a through-composed setting of religious poetry by Stephen Spendor, and Ferris wrote of the piece: “It is my fond hope that this musical harbinger will help us reflect on the profound quality of Spender’s clarion call to faith and true humanity as we travel our short while toward the sun.”

John Lennon and Paul McCartney She Came In Through the Bathroom Window Like many of the Beatles’ songs, “She Came In though the Bathroom Window” was inspired by a real event.  The Beatles attracted a number of followers, many of whom waited outside of the recording studio or Apple records headquarters, hoping for a glance of their idols.  Because of this, they were affectionately known as Apple Scruffs.  Some of the Apple Scruffs were a bit more enthusiastic.  One day a group of them found a ladder in the garden of Paul McCartney’s house and climbed up to a second floor window—the bathroom window—entered the house and took some souvenirs.  In June of 1968, Paul wrote the song “She Came In though the Bathroom Window” to commemorate that event.  His was not the only tribute to these fans, however.  George Harrison’s 1970 album All Things Must Pass contains a song titled Apple Scruffs