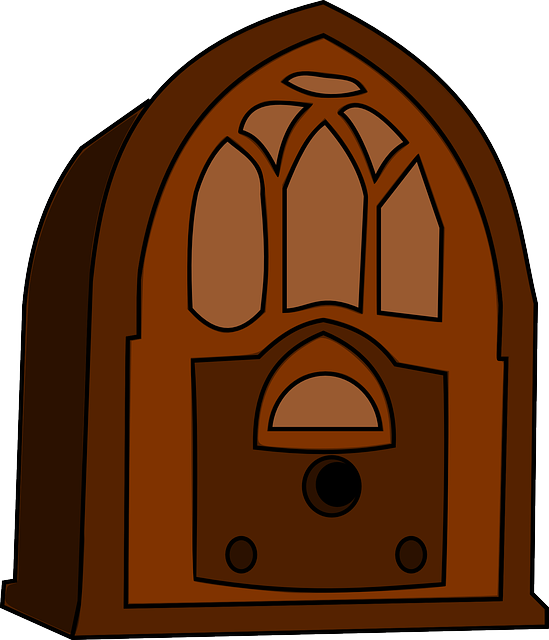 This week, we celebrated Leroy Anderson's 113th birthday with a show featuring the genre he cultivated: Light Classical. From the Boston Pops Orchestra to the creation of muzak, Light classical music has enjoyed a major presence in Western music culture.

Henry Mancini (1924-1994) Moon River Composer Henry Mancini studied briefly at Juilliard, and even took composition lessons from Castelnuovo-Tedesco and Krenek, but his main interest was jazz and his career path led him to the world of cinema. In the 1950s, he worked for Universal Studios, where he wrote and arranged for a number of monster flicks, B movies, and routine comedies. His biggest success came in the 1960s, when he incorporated his knack for jazz and popular song into his film work, writing tunes like “The Day of Wine and Roses,” “Charade,” and of course, “Moon River” which was featured in the film Breakfast at Tiffany’s. “Moon River” won Mancini and lyricist Johnny Mercer the Oscar for Best Song in 1962, and caused countless people to wonder for decades what the phrase “Huckleberry friend” really means.

Erik Satie (1866-1925) TROIS GYMNOPEDIES: No. 3 Satie never held a recognizable occupation, he said that he was a “Gymnopedist,” an obscure word which many thought he had made up, but which actually refers to an athletics competition performed by children in ancient Greece. In 1888, Satie completed his most famous composition and titled it Gymnopedies. The short pieces are atmospheric, drifting cloud-like from one idea to the next and almost entirely void of tension. The Gymnopédies are an important precursor to the genre of light classical, and it’s modern cousin: Ambient music. For many years they were erroneously grouped with Satie’s Furniture Music, a collection of short pieces that ostensibly birthed the concept of muzak. Satie envisioned a kind of music that was meant to be ignored, that could accompany house interiors and be a soundtrack for daily life. Debussy initially realized orchestrations of only the first and third Gymnopédies, saying that the second did not lend itself to writing beyond the piano. It wasn't until many decades later that the entire collection was orchestrated by other composers.

James Rado and Gerome Ragni (lyrics), and Galt MacDermot (music) 1967 Aquarius (from the musical Hair) Conductor Arthur Fiedler led the Boston Pops Orchestra from 1930 to 1979, and became synonymous with that ensemble. Founded in 1885 as an offshoot from the Boston Symphony Orchestra, creating the BPO followed an international trend for staging concerts distinct from so-called “serious” art music, often to be enjoyed outdoors on summer evenings with refreshment. Initially these concerts mostly consisted of waltzes, overtures, galops and excerpts from operettas, but later incorporated music from films, musicals and arrangements of popular songs, as well as crossovers into other genres such as jazz and big band music. The pops orchestra concert is heavily catered towards public taste, and is often seen as an entry for concertgoers into symphonic and classical music in general. Though many concert series suffered during the covid-19 pandemic, the popularity of pops orchestras has never waned, especially as many have recently added special arrangements of video game music to their repertoire.

Franz von Suppé (1819-1895) Light Cavalry: Overture Although Franz von Suppé wrote dozens of operettas, he is perhaps best known for his overtures. Suppé wrote a number of musical farces for the Viennese stage, and his works today are favorites mostly of pops orchestras, groups that play almost exclusively in the genre of light classical. Composed in 1866, the Light Cavalry Overture comes from Suppé’s two-act comic operetta with a libretto by Karl Costa. The operetta is set in the 18th century amid the court intrigues of a Baron and his Hungarian Countess lover, whose BALLET COMPANY is referred to as the ‘light cavalry’. Von Suppé plays up this nickname even further by kicking off the overture with a bugle call known in the 18th century as “the charge.” When heard from a military bugler, it would have signaled the horse-mounted soldiers to charge into battle. Von Suppé treats the bugle call as a theme, using the rest of the overture to develop the simple melody into more complicated musical ideas.

Dmitri Shostakovich (1906-1975) The Golden Age, Op. 22: Act III, Entr'acte 'Tea for Two' The popular foxtrot Tea for Two comes from Vincent Youmans’ 1923 musical No, No, Nanette. Popular in both London and New York, the delightful tune was perhaps the best-known work from the show. Upon hearing a recording of Tea for Two, Russian conductor Nikolai Malko bet the then 22 year old Shostakovich that he could not write his own orchestration of the tune from memory in UNDER AN HOUR. Shostakovich won the bet, emerging with the score for his Tahiti Trot in 45 MINUTES. It became such a popular work for Shostakovich, that he made it part of his ballet The Golden Age. Besides Shostakovich’s version, there have been numerous arrangements of Youman’s dance number, mostly in jazz and light classical.  An especially well-known use of the song came from the Tonight Show, when bandleader Doc Severinsen would cue it up whenever one of Johnny Carson's jokes bombed.

Eric Coates (1886-1957) London Suite Albert Eric Coates became one of the most successful composers of light classical music in early 20th century London. He was trained at London’s Royal Academy of Music, and upon leaving school in 1910, became a violist in Queen’s Hall Orchestra under the direction of Henry Wood, one of London’s greatest conductors. His viola playing eventually took a backseat to his composing and conducting duties. He was fired from the orchestra after sending in too many people to sub for him, but Coates was relieved, because it allowed him to work on his music full time. In 1933, he wrote the London Suite. The final movement, a march named after the residential district of Knightsbridge, became a popular work, used as the theme music to several radio shows on the BBC. Coates’s London Suite became so popular that three years later he wrote another suite called London Again Suite.

William Ketèlbey (1875-1959) Mirror Dance Albert Ketèlby was one of the most successful conductors in late-Victorian London. He wrote hundreds of compositions which emphasized exaggerated emotionalism, sometimes at the expense of harmonic subtlety. His light orchestral pieces are an example of a lost genre known as the “Palm Court Sound” named after the musicians of the Palm Court Theatre Orchestra. Before World War II, many of London’s finest hotels housed sizable orchestras that entertained guests with colorful romantic works that perhaps while lacking novelty, were fashionable, glamorous and easy to please. They often created sentimental mood pictures and evoked exoic travel locations and were also used to accompany silent film.  Ketèlby’s success as a performer of popular music led him to adopt a series of ethnic pseudonyms, under which he composed in more serious genres. For example, his Russian-styled piano works were written under the alias ANTON VODORINSKI.

Carrie Jacobs-Bond (1862-1946) I Love You Truly The combination of a growing middle class and technological developments in sheet music publishing and sound recording led to parlor music emerging as a major genre of light and popular music in the 19th century. Geared towards the amateur musician performing at leisure in a domestic setting, parlor music was characterized by lyricism and simplicity, often expressing themes based on nostalgia and sentimentality. Most arrangements were for voice and piano or melodeon, often with interchangeable parts for guitar, flute or violin as circumstances required. As popularity for this music grew, publishing and writing parlor music became a lucrative career for songwriters like Carrie Jacobs-Bond, who set a record when her 1901 song “I Love You Truly” sold a million copies, making her the first female songwriter to do so. Her 1910 composition “A Perfect Day” would sell 8 million copies and 5 million recordings, and she would write some 175 parlor songs for her self-started music publishing company, which she promoted by performing her own works. Her final song “Because of the Light” was copyrighted in 1944 when she was 82.

Frederick Loewe (music) and Alan Jay Lerner (lyrics) 1956 On the Street Where You Live The 1950’s through the 80’s is named by a rather niche group of enthusiasts as “The Golden Age of Beautiful Music.” Beautiful Music,” often abbreviated to BM or BM/EZ actually describes a radio format of commercially produced instrumental music which overlaps with other instrumental formats under various names such as “easy listening,``''middle of the road,” “muzak” and “elevator music.” Sold by studios as tapes or accessed through subscription and sometimes for free,  Beautiful Music was always recognized by a lush orchestral sound combined with some elements of jazz. It conveyed the quality of sophisticated symphonic music without any of the distinctiveness that would draw attention to itself. This was pure unobtrusive and completely inoffensive background music to set the mood for shopping or the lobby of a hotel. The repertoire of beautiful music was sometimes original, but very often used arrangements of hit pop songs or recognizable showtunes. Mainstream use of beautiful music has been declining since the 90’s, however the style and influence of the format continues in smooth jazz radio stations and genres such as soft rock and adult contemporary.