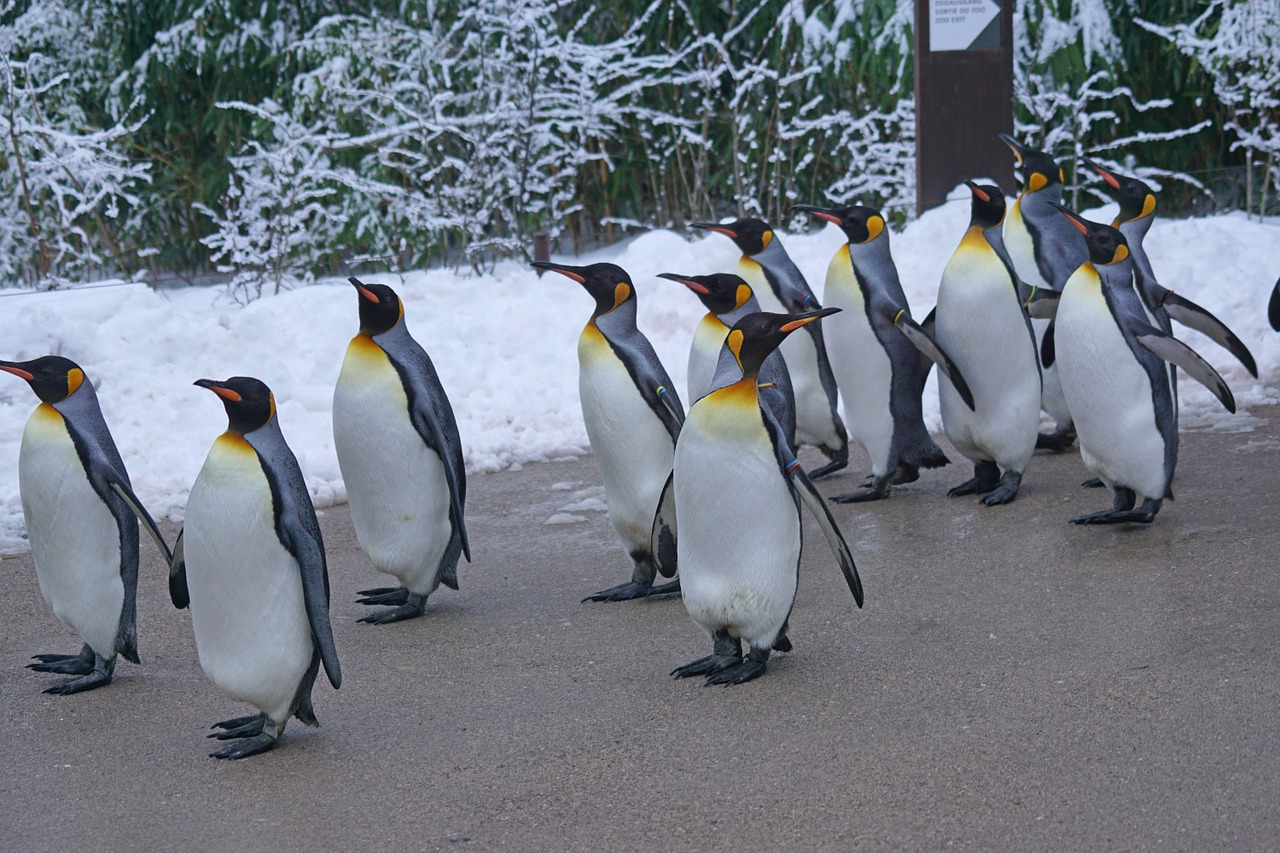 For years, members of the Ether Game Brain Trust have looked forward to the Macy's Thanksgiving Day Parade. We channeled that excitement this week into a show about parades in classical music. Browse the playlist below for highlights.

Richard Wagner (1813-1883)Lohengrin: Elsa's Procession to the Cathedral “Elsa’s Procession to the Cathedral” is one of the more famous excerpts from Wagner’s Romantic opera Lohengrin. The scene takes place at the end of Act II, where the Princess Elsa makes her way into the cathedral to marry a mysterious knight, who we later learn to be Lohengrin, a knight of the Holy Grail nicknamed “The Swan Knight.” A young German prince named Ludwig saw this opera as a child, and it made quite an impression on him. When he became King Ludwig II of Bavaria in 1864, he soon adopted the nickname “The Swan King,” after his favorite fairy tale character, the Swan Knight Lohengrin. King Ludwig II loved Lohengrin so much that he funded most of Wagner’s late operas, becoming his most important patron. Ludwig even built the famous Neuschwanstein Castle in Southern Germany because of the Swan Knight Lohengrin. “Neuschwanstein” literally means “New Swan Stone Castle.”

Julius Fucik (1872-1916) Entry of the Gladiators, Op. 68 This music probably conjures up more images of silly circus clowns than it does brave gladiators, but that wasn’t composer Julie Fučík’s intention. The Czech composer originally wrote this as a kind of chromatic military march. But his obsession with ancient Roman culture caused him to title the work the “Entrance of the Gladiators,” as a nod to those brave warriors entering the Roman colosseum ready to engage in battle. Fučík himself was not from Rome, rather he was born in Prague in 1872. He studied composition under none other than ANTONÍN DVOŘÁK before going on to develop his musical talents in various regimental bands of the Austro-Hungarian Army. Despite the success of “Entry of the Gladiators,” very few of Fučík’s more than 400 compositions are known outside of his native Czech Republic.

Claude Debussy (1862-1918) Nocturnes: Fêtes [Festivals] In 1899, when he was 37, Debussy composed a three movement orchestral set titled Nocturnes, which have remained some of Debussy’s most popular music. These pieces were inspired by a set of paintings with the same name, by American impressionist artist James Whistler. Debussy described his music and its relation to Whistler’s paintings, writing that this movement “gives us the vibrating, dancing rhythm of the atmosphere with sudden flashes of light.”  He has also recalled a less abstract inspiration, explaining that “Fetes” evokes merry-making in the large public parks of Paris such as the Bois-de-Boulogne, where noisy crowds watched the drum and bugle corps of the Garde Nationale pass by in a parade. Debussy’s Nocturnes have been transcribed for many other musical arrangements such as for 2 pianos, which was a collaborative project by Maurice Ravel and Debussy’s stepson, Raoul Bardac.

Percy Grainger (1882-1961) Walking Tune Grainger was born in Australia, yet from an early age, he was a world traveler. In the summer of 1900, when he was 18 years old, he accompanied his mother on a European tour that took him to the Scottish Highlands of Western Argyleshire. His Walking Tune, as the name implies, was written while the composer was out walking through the highlands of Scotland during that trip, as a quote, “whistling accompaniment to my tramping feet.” He was inspired by Celtic folk music and immediately arranged the piece for a wind quintet—although Grainger cheekily referred to the ensemble as a “wind five-some.” Grainger later wrote that he was especially proud of the final chord: a G-major triad with added sixth. That chord became a common 20th-century ending (it’s the exact same final chord heard in The Beatles’ “She Loves You,” for instance), but at the time, it was an innovative sound.

Jule Styne (1905-1994) Don't Rain on My Parade (from Funny Girl) Funny Girl follows the lives of the couple Fanny Brice and Nick Arnstein before and after World War I. Fanny is a successful vaudeville actress who meets and falls in love with suave businessman Nick. When she announces her decision to leave for New York to follow Nick, her management tries to talk her out of it. Fanny breaks in to song telling everyone she’ll live how she wants, admonishing everyone not to rain on her parade. But, by story’s end, Nick is in prison for embezzlement and the world is at war. The final song is called “My Man,” which was the first title for the musical. The song itself was originally a popular French song in the early 20th century that was later made popular in the United States by the actual Fanny Brice.

Louis Moreau Gottschalk (1829-1869) Souvenir de Porto Rico, Op. 31 Louis Moreau Gottschalk is known to us today as a 19th-century American composer, but he was also well-known as a brilliant touring pianist. At one point in his career, Gottschalk gave 84 recitals in the space of four-and-a-half months. He frequently performed his own compositions which became popular for their infusion of folk elements, especially the syncopated rhythms of his Caribbean ancestors. Those roots are on parade in the piece we just heard, Souvenir de Porto Rico, which remains one of Gottschalk’s most popular compositions. The composition recreates a music memory of a Puerto Rican funeral procession, beginning softly to portray the procession moving in the distance, and working through a long, dramatic crescendo as the procession draws closer to the subject, only to fade again as the parade passes by.

Mikhail Ippolitov-Ivanov (1859-1935) Caucaisan Sketches, Op. 10: Procession of the Sardar We just heard a musical procession by Russian composer Mikhail Ippolitov-Ivanov, who has over seventy compositions to his name, though he’s mostly remembered for his Cacausian Sketches, two orchestral suites based on Georgian folk songs he heard while traveling through the Caucasus Mountains. The finale of the first suite, entitled Procession of the Sardar, is the most popular movement of the entire work and has become a favorite among pops orchestras. It evokes the entourage of a feudal lord or military leader, known in Georgia as a Sardar. Ivanov completed this finale after studying under Nikolai Rimsky-Korsakov, who wrote an even more famous procession piece, his Procession of the Nobles.

Marcel Dupré (1886-1971) Organ Concerto in e, Op. 31: i - Allegro con moto Marcel Dupré was one of the finest organists in the early 20th century. His considerable skill and impressive memory brought him around the world, where he dazzled audiences in Paris and London. When he came to perform in America, it seemed only appropriate that he play the most famous organ in the U.S., the Wanamaker Organ. Named after the department store in Philadelphia where it was located, the Wanamaker organ is the largest fully-functioning organ in the world, consisting of over 28,000 pipes, 400 ranks, and six manuals. While performing on the Wanamaker, Dupré improvised a series of plainsong chants into an imaginative fresco, which he later turned into this piece, the Symphonie-Passion. The Wanamaker organ is still in use today at that same department store. You might be wondering what’s the connection to tonight’s show? The Wanamaker brand has since been bought out by a titan of department stores, the same that is associated with a certain famous New York Thanksgiving Day Parade.

Mike Lewis and Laurin Rinder (r. 1976) Uptown Festival You will likely recognize at least one of the songs from this dance classic. “Uptown Festival” takes ten popular songs from the Motown record label and resets them to a disco beat. When this song was originally recorded, session musicians were used, however when the song peaked at No. 2 on the Dance chart, Dick Griffey was tasked with creating a group who could perform it live. As the booking agent for the popular Black music revue Soul Train, Griffey decided to hire dancers from the tv show, and thus the group Shalamar was formed. The dancing on Soul Train was an iconic part of the show, as well as the segment known as the “Soul Train Line” where dancers would line up on a painted train track and parade for the camera, getting the opportunity to display the latest dance craze and fashions. “Uptown Festival” was released on Soul Train’s official record label, after which the group would go on to score many disco hits.