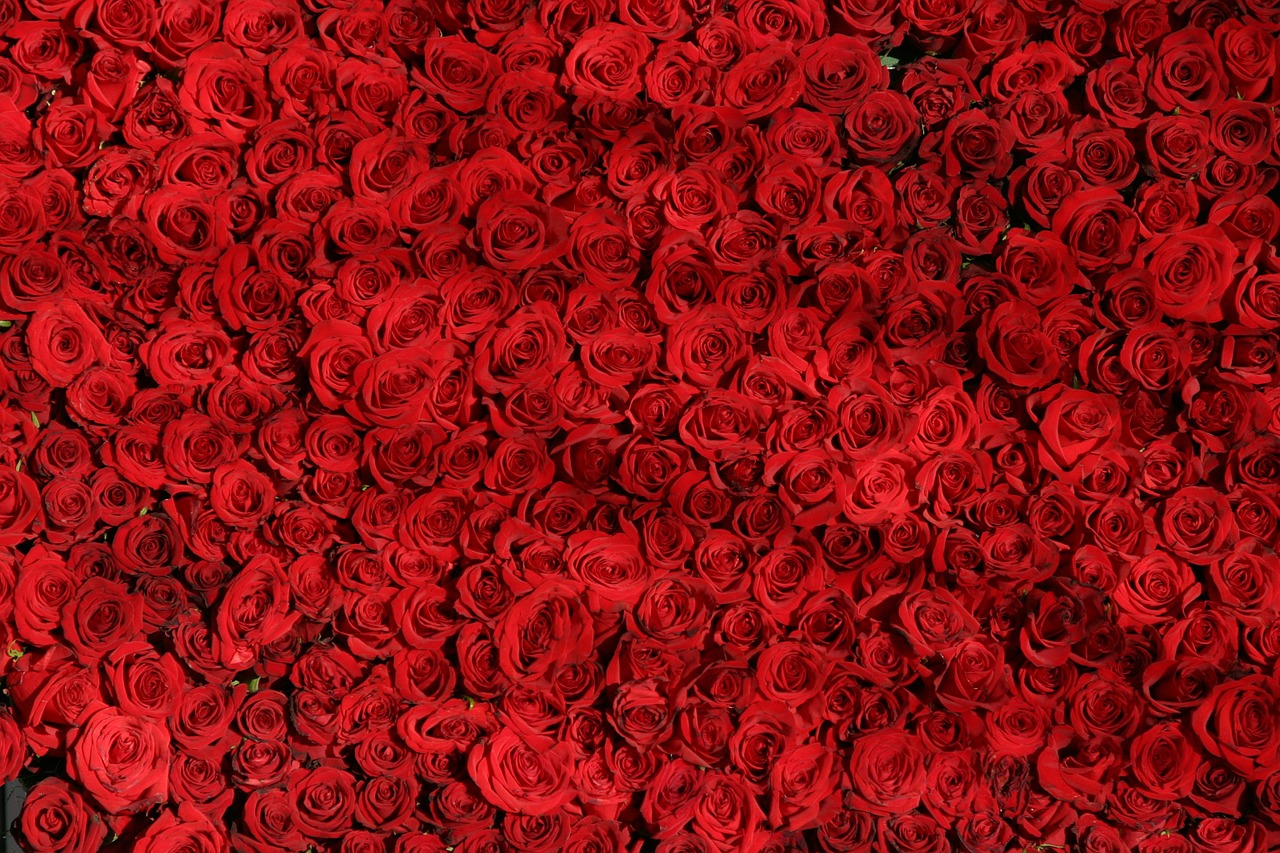 Don a pair of rose colored specs and browse our playlists of color-coded classical music. This week's theme is the color red.

Gustav Holst (1874-1934) The Planets, Op. 32: Mars, the Bringer of War 1. We now know the so-called “Red Planet” Mars gets its signature reddish hue from the iron oxide or rust covering the planet’s surface. Ancient cultures, however, had different ideas. The Egyptians simply called Mars “Har Decher” or “The Red One.” The Babylonians named it Nergal after their god of conflict—war and the color red seemed to go hand-in-hand. This is where the ancient Greeks and Romans got the idea, naming the planet Ares or Mars, for their respective gods of war. Gustav Holst’s Planets suite takes its inspiration more from the “characters” of these associated Greco-Roman deities, instead of from the celestial bodies themselves. In this movement for instance, aggressive rhythms and harsh coloristic gestures convey the barbarity of Mars, the God of War.

Reinhold Glière (1875-1956) The Red Poppy: 'Russian Sailor's Dance' The 1927 ballet The Red Poppy by Russian composer Reinhold Glière tells the story of a group of sailors from different countries docking in a seaport in china for a few day’s time. Upon arriving, the Russian ship captain notices the cruel harbormaster overworking the laborers on the dock. The captain takes pity on the workers and tries to free them. Upon seeing the Russian captain’s kindness, a young Chinese woman named Tao presents him with a red poppy as a symbol of her love. Tao’s employer becomes jealous, and after a scuffle, she is killed. The Red Poppy, with its socialist overtones, became the first “revolutionary” ballet in Russian history. And the “Russian Sailor’s Dance” has since emerged as a popular concert piece.

Antonio Vivaldi (1678-1741) Chamber Concerto in D, RV 92 In addition to his work as a composer, teacher, and violinist, Antonio Vivaldi was ordained as a priest, the latter occupation earning him his memorable nickname. He became known as Il Prete Rosso, or “The Red Priest.” He earned the nickname on account of his bright red hair, a distinctive trait which ran in the family. In 1704, just a year after his ordination, he was given a dispensation from celebrating Mass, on account of his ill health. Since his childhood, he had suffered from a condition described as a “tightness of the chest,” which modern scholars believe to have been a form of asthma. He was never stripped of his ordination, thereby retaining both his priestly status and his nickname, throughout his life.

Sergei Rachmaninoff (1873-1943) Etudes-Tableaux, Op. 39: No. 6 in a 'Little Red Riding Hood' Rachmaninoff’s second set of Études-Tableaux, Op. 39, was published in 1917 and was the last substantial composition written by Rachmaninoff prior to his being forced to leave his homeland. Rachmaninoff had been born a member of the Russian bourgeoisie, and the 1917 Russian Revolution meant an abrupt end to life in Russia as he had known it. On December 22nd, 1917, Rachmaninoff, his wife, and his two daughters left Russia on an open sled. He was 44 years old, and was facing the specter of being forced to start over completely in a new land. The Op. 39 set, the last work he composed in Russia. No. 6, known as “Little Red Riding Hood,” paints a vivid picture of the fairy tale of the same name.

Richard Strauss (1864-1949) Der Rosenkavalier, Op. 59: 'Mir ist die Ehre widerfahren' Cupid’s arrow is flying in this iconic opera scene all about love at first sight. In Strauss’s opera Der Rosenkavalier, the Baron Ochs has decided that he wants to marry a young woman named Sophie. So Baron Ochs appoints the handsome Count Octavian (a mezzo soprano pants role) to present her with a rose on his behalf. But, as soon as Sophie and Octavian set eyes upon one another, they fall instantly in love instead. The rest of the opera thus enfolds as a complicated romantic farce. Der Rosenkavalier was originally entitled Ox in the Lark Meadow, after the opera’s comic bass character Baron Ochs, but Strauss changed the title.

John Corigliano (b.1938) Concerto for violin and orchestra 'The Red Violin' The film The Red Violin is not a true story. But it was inspired by one. The so-called “Red Mendelssohn” violin was crafted by the famed luthier Antonio Stradivari in 1722. The whereabouts of this red-colored instrument remained a mystery for 200 years, until it turned up in Berlin in the 1930s, where it was bought by Felix Mendelssohn’s descendants. It’s now owned by professional violinist Elizabeth Pitcairn, who obtained it in auction in 1990 for 1.7 million dollars. The film is much more dramatic, recounting the journey of a single red violin across three hundred years and three continents. The violin remains the center of a story that involves everything from political unrest, violent lovers’ quarrels, and grave robbing.

Basil Poldouris (1945-2006) Hymn to Red October From his early piano studies at age seven to his first year at the University of Southern California, Basil Poledouris thought he would become a concert pianist. He would change his mind however, after feeling disinterested in the classical music scene of the 1960’s, which was still very influenced by serialism and modern composition. Taking a degree in film studies, he soon embarked on a prolific career composing film scores for many classic film and tv programs of the 80’s and 90’s, including Blue Lagoon, Starship Troopers, Robocop, Lonesome Dove, and The Hunt for the Red October.  It is in this selection from the Hunt for the Red October that we can hear one of Poledouris’s major musical influences, that is his upbringing in the Greek Orthodox Church.

Roger Quilter (1877-1953) Three Songs, OP. 3: No. 2 'Now sleeps the crimson petal' While the golden age of German Lieder was in the early 19th-century, encompassing the songs of Franz Schubert and Robert Schumann, the golden age of British song was about a century later, spanning from the late Victorian era to the outbreak of World War II. The new generation of British composers at this time including Ralph Vaughan Williams, Benjamin Britten, Arthur Somervell, and Roger Quilter, all explored the art of song. Roger Quilter’s song “Now Sleeps the Crimson Petal” uses poetry from Victorian poet Alfred Lord Tennyson, and the text to his song “Go, Lovely Rose” was by 17th-century poet Edmund Waller. Quilter composed songs almost exclusively, and in his day he was championed by the most popular British tenor at the time, Gervase Elwes.

Redbone (1973) Come and Get Your Love Pat and Lolly Vegas spent many years as working musicians in the California surf music scene before they were inspired to form an all-Native American rock band. That group, formed under the name “Redbone” would sign with Epic records in 1969 and release their self-titled debut album in 1970. Playing a style of rock which fused blues, country, cajun and latin music, they released “Come and Get Your Love” in 1973, which, as a single. would become certified gold in 1974, meaning at least 500,000 recordings of the song were sold. The band has received many other accolades, including opening the first official Earth Day celebration in 1970 and are still performing to this day.