Color Wheel: Once in a Blue Moon 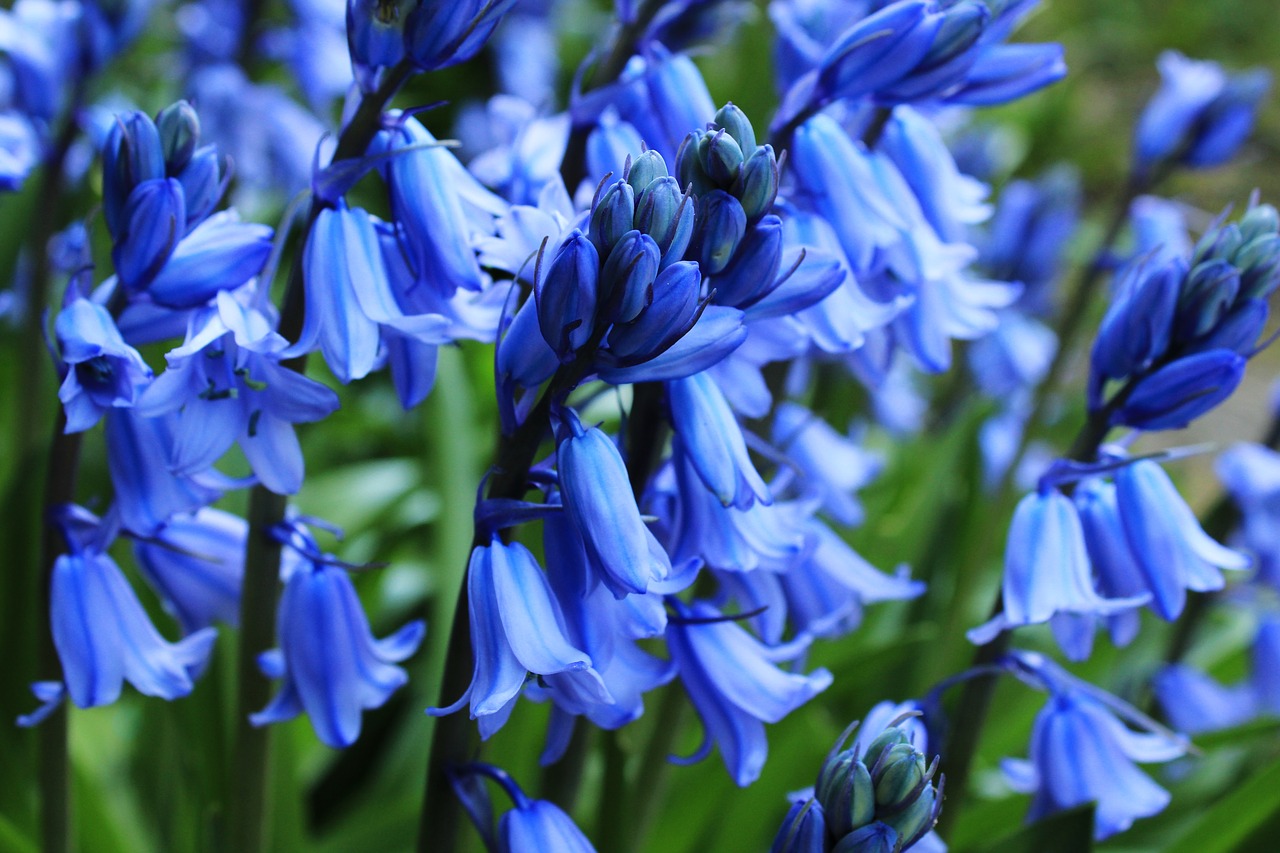 ****Send us a birthday message to play on-air for our 50th anniversary in March! We will celebrate with a special two hour game. Record a message on your smart phone or computer and send it to Ethergame@indianapublicmedia.org

The Ether Game Brain Trust felt a little blue this week with a show about the saddest of colors. From the beautiful Spanish tile work that inspired composer Isaac Albeniz to the opulance of Lapis Lazuli, we selected a wide ranging group of pieces that explore the color blue in classical music.

Johann Strauss, Jr. (1825-1899) An der schönen, blauen Donau [The Blue Danube], Op. 314 The beautiful, blue Danube River, one of the longest rivers in Europe, flows through the city of Vienna, where Johann Strauss Jr. made his name as the “Waltz King” in the late 19th century. While “The Blue Danube” waltz has certainly become one of, if not the most famous waltz by Strauss, it began as humble filler music that Strauss happened to have on hand at a dance. Strauss thought the tune wasn’t catchy enough and yet, after the first performance, he received requests to conduct the work on an upcoming concert! That went over so well that lyrics were set to the melody, and a choral version was premiered by the Viennese Men’s Choral Association. The enduring popularity of this waltz is also due to its use in Austria as an unofficial New Year’s  anthem. It plays on TV at midnight, and is a traditional encore on the Vienna Philharmonic’s New Year’s day concert.

Wolfgang Amadeus Mozart (1756-1791) String Quartet No. 21 in D, K. 575 (Prussian Quartet No. 1) 1. Allegretto Mozart’s three Prussian string quartets were written for Friedrich Wilhelm II, King of Prussia, after Mozart visited him in Berlin in 1789. The Prussian King was a cellist, and so these quartets all contain a prominent cello part. Also in Berlin more than 80 years prior—during the reign of Friedrich Wilhelm II’s great-grandfather—a dye maker named Diesbach was experimenting with natural crimson dyes when one his mixtures ended up as an intense, deep blue. This new blue dye became the very first synthetic pigment ever created, and now goes by the familiar name Prussian Blue. Prussian Blue remains an important dye, used in the uniforms of the Prussian Army, as the base color for “blueprints,” in the woodblock prints of Japanese artist Hokusai, and in the oil paint from Van Gogh’s “Starry Night.”

Irving Berlin (1888-1989) Blue Skies Irving Berlin’s music career can be divided three ways: He was a ragtime and Tin Pan Alley composer and song plugger, he was a composer and lyricist for Broadway musicals, and he composed scores for Hollywood films. Pretty impressive for someone who taught himself to play the piano and had no formal musical training! Many of Berlin’s songs crossed over from the stage to the silver screen as “talkies” began to surge in popularity. This classic song Blue Skies was first written for the Broadway musical Betsy in 1926, and was considered a success. However it became a smash hit once Al Jolson performed it in The Jazz Singer, the first feature-length film to include a music score that was synchronized with the actors’ speech on screen. The success of The Jazz Singer with songs like Blue Skies effectively ended the era of silent film.

Isaac Albéniz (1860-1909) Azulejos Recognized as a piano prodigy when he was three, Isaac Albeniz was sent from his family home in Barcelona to take private lessons in Paris. When his father lost his government job in 1868, he and his sister earned money by giving recitals around the Spanish provinces. His advanced studies in piano were at the Conservatory in Brussels, and after graduating with distinction he toured as a performer in the salons of Spanish aristocracy. As a composer, Albeniz did not directly quote Spanish folk music, preferring instead to evoke a general sense of “Spanishness.” His work “Azulejos,” which remained incomplete after his death until it was finished by Enrique Granados, refers to painted tin-glazed ceramic tile work found in Spain and Portugal. Originally meant to imitate polychrome Roman and Arabic mosaics, the technique became more Baroque when it merged with a style of tilework from the Netherlands with a distinctive blue and white color scheme, and often depicted historical and mythological scenes.

Jennifer Higdon (b.1962) blue cathedral Higdon’s Blue Cathedral has become one of the most performed pieces by a living American composer. Higdon came to classical music via a somewhat roundabout path; she played flute in her high school concert band but heard little classical music prior to her college years. The composer said, “because I came to classical music very differently than most people, the newer stuff had more appeal for me than the older.” Blue Cathedral was written after Higdon’s brother passed away, and though the piece deals with her grief, it also represents a celebration of life and the peace of the afterlife. Of the title, the composer says, quote, “Blue—like the sky. Where all possibilities soar. Cathedrals—a place of thought, growth, spiritual expression, serving as a symbolic doorway into and out of this world. Blue represents endings, solitude, fellowship, contemplation, knowledge, and growth.” Unquote.

Alan Hovhaness (1911-2000) Blue Job Mountain Sonata, Op. 340 1. Andante Alan Hovhaness loved mountains. He said that they are “symbols, like pyramids, of man’s attempt to know God.” His list of works includes many mountain pieces, including Farewell to the Mountains, Mountain Idylls, October Mountain, Mountain Dances, Blue Job Mountain Sonata (the piano piece we just heard), and over 20 others. Many musicologists describe Hovhaness’ style as unique, although you can also hear the influence of the folk music of Hovhaness’ ancestral home, Armenia. The inspiration for this music came from a place much closer to home: The Blue Job Mountain in New Hampshire, which Hovhaness climbed as a young man. The Blue Job Mountain is located in the Blue Hills near Boston, and gets its blue color from the presence of the mineral Riebeckite in its soil. From the fire tower at its summit you can see a slightly less colorful mountain range in the area: the White Mountains.

Josquin Desprez (c.1440-1521) Salve regina Josquin Desprez’s reputation was considerable during the mid to late 15th century. Not only was he known as a great composer, but also something of a prima donna, composing at his own will rather than that of his patrons. Despite these warnings, and his high salary demands, Josquin was maestro di cappella in Ferrara for one year, from April 1503 to April 1504. The piece of sacred music of his that we just heard is a setting of a medieval chant to the Virgin Mary called Hail Holy Queen. The image of Mary would have been very familiar to Josquin during his time as a church musician. Since the Middle Ages, Mary had become the central figure of veneration in the Catholic Church. She was often depicted wearing a specific shade of blue called Mariam Blue. The pigment for this color was made from a stone found only in Afghanistan called Lapis Lazuli. It was reserved for depictions of Mary’s shawl and considered more valuable than gold.

Paul Dukas (1865-1935) Ariane et Barbe-Bleu: Act 1. Prelude Above all else, French composer Paul Dukas was a perfectionist, and he destroyed many of his compositions because he was so self critical. Of the relatively small output of work that remains, The Sorcerer’s Apprentice and his Piano Sonata in E Flat Major are the most well known. However at the same time that he was composing his piano sonata, he was also working on an opera based off the French fairytale Bluebeard, which had recently been given a Symbolist treatment by the Belgian playwright Maurice Maeterlinck. Maeterlinck selected Dukas over Grieg when asked for permission to use his play as the libretto, and Ariane et Barbre-Bleu premiered as an opera on May 10, 1907. The opera was praised for being both progressive and classically-fashioned, but probably would’ve received more attention had not Strauss’ shocking opera Salome caused a scandal in the music world at the same time.

Ron Gilbert, Ralph Scala and Mike Esposito (1967) We Ain't Got Nothing Yet Originally formed in the Bronx under the name “The Trenchcoats” in 1964, The Blues Magoos were one of the earlier proponents of psychedelic rock emerging in Greenwich Village in the mid-sixties. After securing a steady gig at the famous Night Owl club in 1966, the band began to pitch their debut album “Psychedelic Lollipop,” whose title is one of the first known uses of the word “psychedelic” on an album cover. Mainstream success wasn’t achieved until their 1967 self-written single “We Ain’t Got Nothing Yet” reached #5 in the Top Twenty, as well as an American tour in the same year opening for The Who and Herman’s Hermits. However their later releases failed to achieve the same level of success  and the original line-up of Blues Magoos disbanded in 1968.