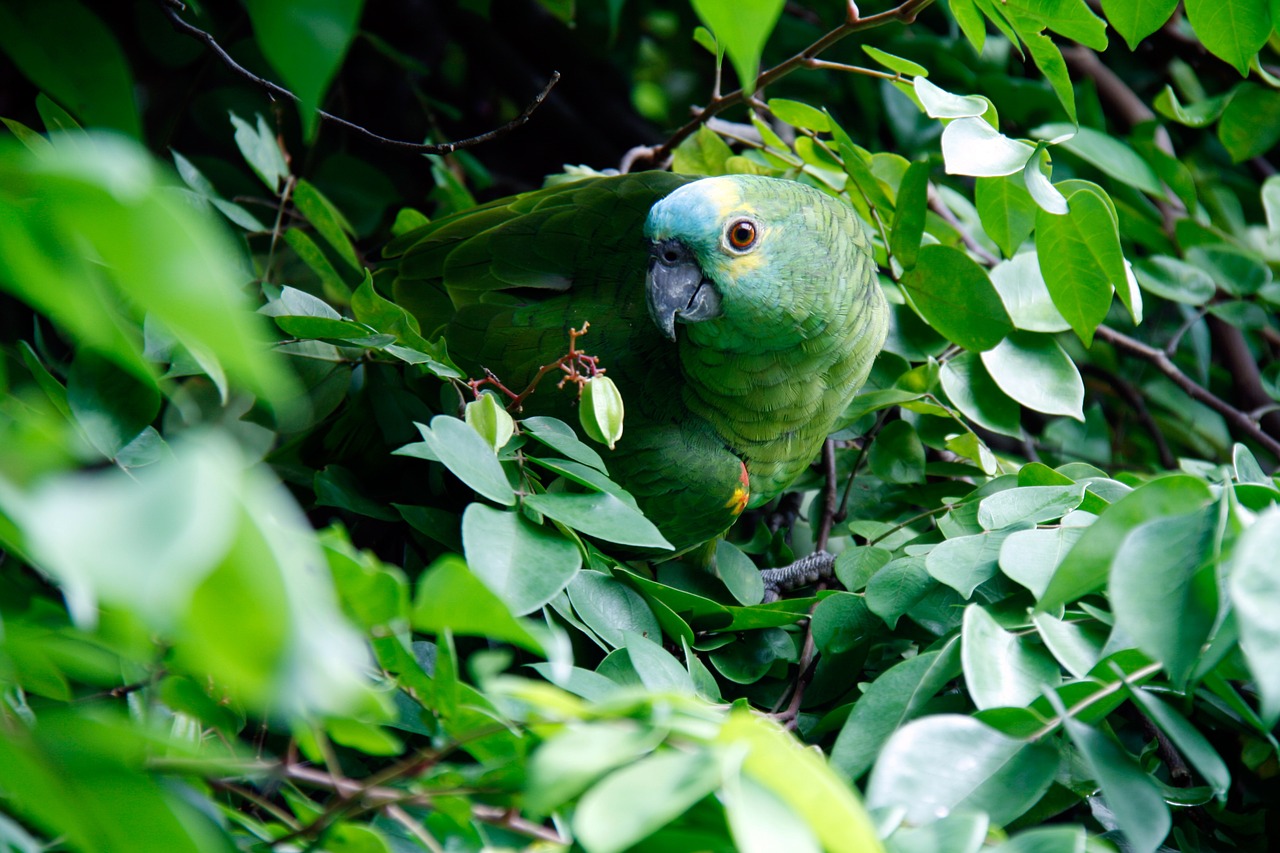 This week, the Ether Game Brain Trust played audio "I Spy" with a show about disguise in classical music. Enjoy our playlist below on classical camouflage.

Ruggero Leoncavallo (1857-1919) I Pagliacci: Vesti la giubba "Pagliacci" is often considered the consummate example of verismo, a late-nineteenth century style of opera that emphasized extreme realism. The characters in verismo are of lowly social position (in particular students, actors, and prostitutes), and they react to crises in an irrational and often violent manner. Leoncavallo went so far as to assert that his 1892 opera about a clown, who murders his unfaithful wife in mid-performance, was based on a real-life crime trial. The title of this aria, one of the most famous in opera history, translates to "Put on the Costume" and is sung by the clown Canio, who having just learned of his wife's infidelity, must don his clowning outfit and laugh for his audience while being utterly heartbroken inside.

Johannes Brahms (1833-1897) String Sextet No. 2 in G, Op. 36 In previous ether games we explored how some composers used the notes of the scale to spell out their own names in their compositions. This musical cryptogram could create a sort of "audio signature" hidden in the music. However some composers also used it to hide other names of personal significance. In the first movement of Braham's "Sextet No. 2 in G major, at the piece's most climactic moment, the melody spells out A-G-A-H-E, with H replacing B natural in German musical nomenclature. Brahams is spelling the name of Agathe von Seibold, a soprano singer he gave an ultimately ill-fated proposal of marriage when he was 25 years old. Insecure in himself and the critical reception of his work, Brahams eventually broke off the engagement, and delivered the apology in the most profound way he knew, though his music.

Fritz Kreisler (1875-1962) Scherzo (in the style of Dittersdorf) In addition to being one of the greatest violin virtuosos of all time, Fritz Kreisler was also a gifted composer. However, he falsely attributed many of his short, charming works to little-known 18th-century composers, including Nicola Porpora, Joseph Lanner, and the supposed author of tonight's selection: Carl Ditter von Dittersdorf, whose manuscripts he claimed had been found in a convent. Finally in 1935, Kreislers disguises were revealed, causing Kreisler to claim that he had perpetuated the decades long charade for reasons of personal modesty. While his adoring public accepted this excuse, a heated exchange of letters followed in the Times between Kreisler and music critic Ernest Newman, who did not enjoy being duped. Kreisler's compositions remain famous today, now under his own name.

Hector Berlioz (1803-1869) Harold en Italie, Op. 16 Life was good for 27 year-old Berlioz in 1830. He won the prestigious Prix de Rome, became engaged to gifted pianist Camille Moke, and spent the year on tour in Italy. Though Berlioz did not complete any significant musical works while abroad, his work Harold En Italie was heavily influenced by his fond memories of Italy. Unfortunately, it wasn't long before Berlioz's good spirits were cut short with an abrupt letter from Camille's mother informing him that she had ended the engagement in favor of a match with a wealthy piano manufacturer. Berlioz flew into a rage and came dangerously close to committing murder, plotting to disguise himself as a woman and return to France where he would kill Camille, her new fiance, her mother, and finally himself. He traveled as far as Nice with disguise in hand before he decided that this was a foolish plan and returned to Italy.

George Frideric Handel (1685-1759) Zadok the Priest (Coronation Anthem No. 1), HWV 258 Zadok the Priest is one of four anthems Handel composed for the coronation of King George II. More recently however, this piece was the subject of an elaborate prank that required some camouflage: the classical music flash mob. Popularized in a 2012 youtube video, members of the Copenhagen Philharmonic Orchestra surprised occupants of a subway car by posing as everyday commuters, suddenly revealing their instruments and performing Morning Mood from Peer Gynt. The video went viral and set off a string of flash mobs featuring classical musicians around the world. Later in 2017, shoppers at a supermarket in London where treated to a surprise performance of Zadok The Priest near the fresh produce section. The flashmob featured 18 musicians, an eight piece choir and one conductor.

Jacques Offenbach (1819-1880) Le Papillon: Ballet As Offenbach's popularity grew with the Parisian clientele, the breakneck speed at which he was expected to produce new work often stretched his creative abilities. His approach to composing became very economical, like using the same sequence of notes repeatedly but with different rhythms to create new melodies, or taking songs from a ballet and recycling it for an opera. Like the butterfly it is named for, several pieces from this fantastical ballet Le Papillon are well hidden in other works, including two operas and another ballet composed in 1864. The famous Valse des Rayons has traditionally accompanied the "Apache" dance at the Moulin Rouge, though most listeners might be more familiar with Offenbach's Infernal Galop used to accompany the can-can.

Antonio Salieri (1750-1825) La Grotta di Trofonio: Overture Since the success of the award winning film Amadeus, Antonio Salieri has been labeled as Mozart's greatest rival, and the possible "orchestrator" of his downfall. In the film, Salieri imagines a requiem mass from Mozart that he plans to pass off as his own, once Mozart has died. He commissions the work from Mozart while disguised in a Venetian masquerade costume that had previously been worn by Mozart's recently deceased father, causing Mozart to believe that the commission is from the ghost of Leopold Mozart. In reality, there is very little evidence that Salieri played such an ominous role in Mozart's short life. In fact, he had little to be jealous about in Mozart. Salieri was widely popular in Austria and Italy during his own lifetime, especially as a composer of operas.

John Coprario (Cooper) (c.1575-1626) A Gray's Inn, the First During the transition from the Renaissance to the Baroque era, Italy maintained a strong grip on musical taste and style across most of Europe. Italian composers had proven their musical worth, producing the madrigal, the opera, the sonata, and schools of violin playing and building that became renowned across the continent. An expectation developed that if you were a composer with a latin or Italian surname, you probably wrote good music. Business savvy composers from other countries began camouflaging their names with Italian equivalents to further their chances of selling music. The English composer and viol player of tonight's super stumper. John Cooper became Giovanni Coprario, to better popularize his consort music. Even without the disguise, Coprario's music has been hailed as particularly engaging. More interesting now than many of his Italian contemporaries.

They Might Be Giants Subliminal In 1957 a market researcher named James Vicary claimed he had drastically increased concession sales by flashing "Eat Popcorn" and "Drink Coca-Cola" in the single frame of a movie. Though he later admitted this claim was false, the idea that we can be influenced by "subliminal messaging" in music, radio and television had become a significant public concern, particularly in pop music and its influence on youth culture. Many musicians were accused of using "backmasking," that is, recording a sound backwards onto a track that is meant to be played forward, in order to deliberately hide rebellious and even satanic messages for impressionable youngsters. Though subliminal messaging has been scientifically discredited, this became such a trope that now many musicians use backmasking intentionally for comedic and satirical effect.