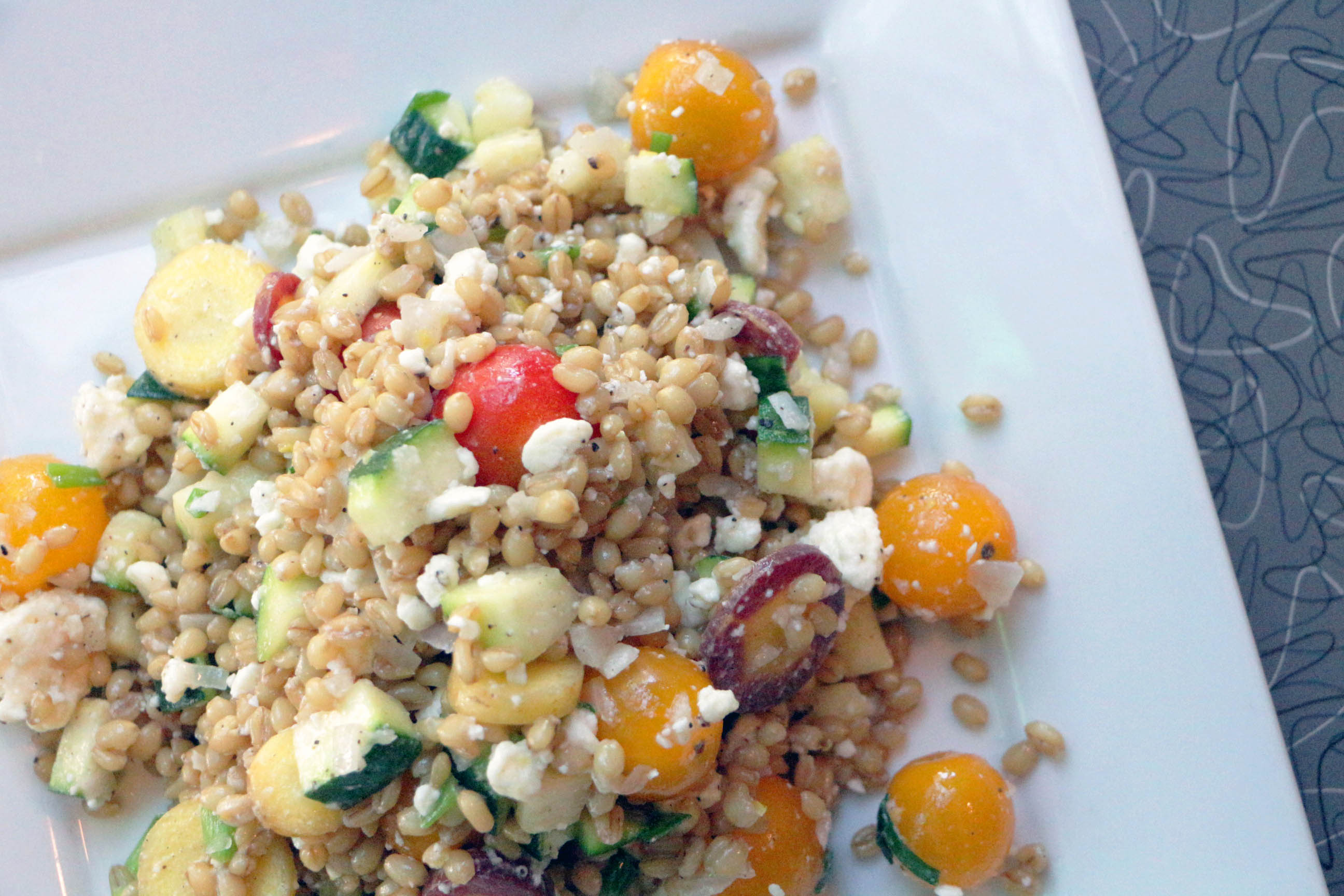 It's been a hot, wet summer at my Indiana garden.

Usually my tomatoes and okra die out by the end of August, but they're still going strong. Believe it or not, I'm also still pulling new squash blossoms.

And the zucchini harvest has been overwhelming, but that's nothing new. Gardeners, we all know the emotional arc of zucchinis. It goes a little something like this:

You'll see that this recipe calls for one small zucchini, but go ahead and add a couple more if you'd like. I happened to have a few multicolored carrots in the crisper that I tossed into this recipe, too. Do what you gotta do!

I'm combining my vegetables with wheat berries, which are the in-tact kernels of wheat -- no processing here. They look a little like brown rice or farro, and they take a good long while to cook. To one cup of wheat berries, add three cups of water. It can take up to 90 minutes for them to achieve prime tenderness, but the timing varies depending on which variety of wheat berry you're cooking. Don't stray too far from the pan. You'll want to do some taste-testing as they cook.

I recommend making a big batch at the start of the week and storing them in the fridge in 1-cup portions. Your future self will thank you.