What Does It Mean To Be A Jewish Farmer? 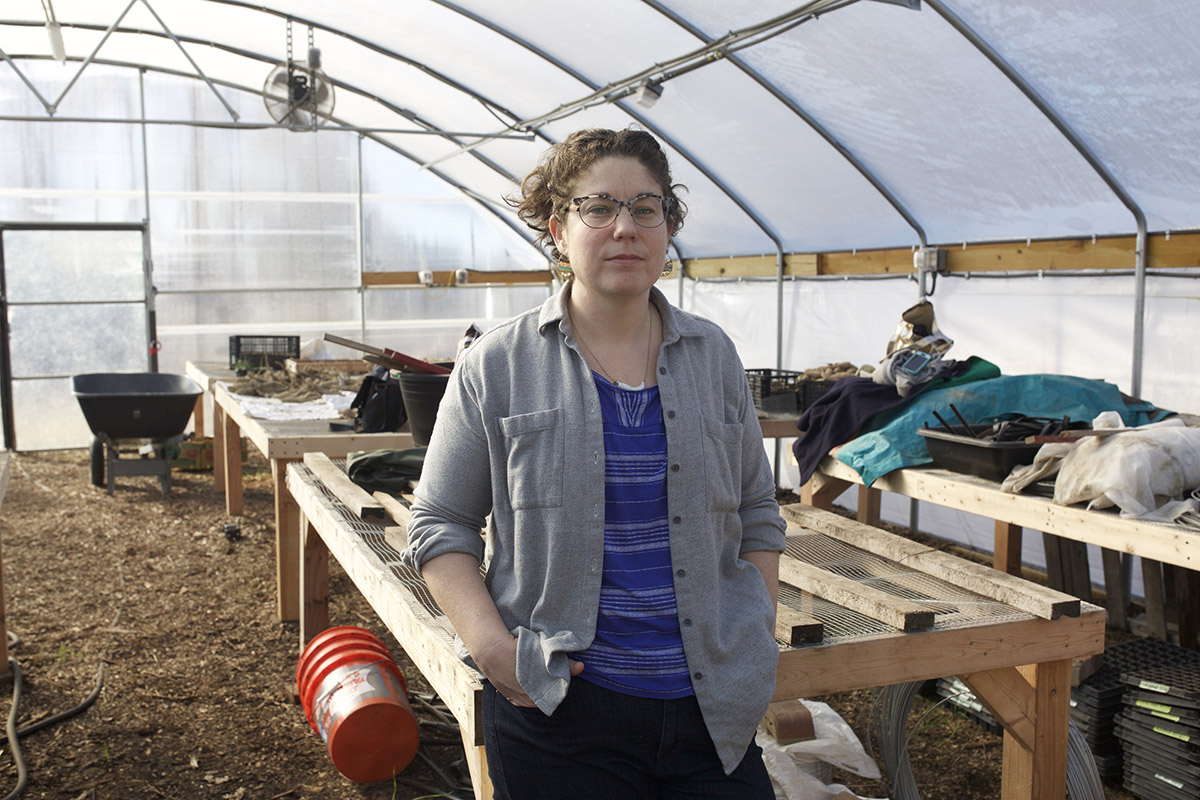 Meredith Cohen in the greenhouse on her farm, One Soil. (courtesy of Jessie Gladdek)

Ten years ago, North Carolina native Meredith Cohen was working as a teacher. She was experiencing burnout, and wondering how to create a more sustainable life. She was starting to garden, and dabble in homesteading. Meredith was also longing for Jewish community, and was having a hard time figuring out how to find it. “And so when I discovered that Adamah existed, like when I first saw the words "Jewish farm" in the same place, it just sort of planted the seed in my head of like, that's where that's where I want to go, that’s what I want to do” she said.

Adamah is a Jewish farming program in Falls Village, Connecticut. Residents spend two to three months living communally on the 10 acre farm, immersed in operations like growing vegetables, tending to goat, and helping with lacto-fermentation. Meredith ended up staying for 3 years, immersed in what she calls a diverse and pluralistic space. “(You have) people who had the full range of experiences from feeling really alienated from Judaism and wanting to get a chance to explore that, and be in that community ... living in the same house with people who had grown up Orthodox, and maybe it was their first time being around people who weren't orthodox,” she says.

In 2016, Meredith moved back to North Carolina, where she spent two years re-rooting herself in her own local communities, and working for local sustainable farms to learn how to grow in the Southeastern climate. Then, she started One Soil Farm in the town of Cary, on land that’s leased out of the incubator farming program Good Hope. She currently sells Southern staples like squash, watermelon, and greens, at her own farm stand outside the Jewish community center in Durham. Around March or April she makes sure to have enough parsley to supply for Passover Seder rituals. Next, she hopes to create a CSA program that operates through both local synagogues.

She’s asked often what it means to be a Jewish farmer, or what it means to have a Jewish farm. “I kind of think about it a couple ways,” she says. “There's the way that being Jewish could influence how I farm. And there's the way that farming and being connected to land, informs my Judaism and what it means to me to be Jewish. And I think that both of those things are very intertwined.” For Meredith, there’s a connection between the practice of farming, and being in active dialogue with Jewish history and identity. “I think that the truth is that Jewish people, like all people have agricultural roots,” she says. “And we're a diasporic people, as in, you know, for thousands of years, we've been forced to move around a lot. But if you look at our traditions, and even our religious traditions, they do come from agricultural roots, and many of our holidays ... are also really connected to the land, and to harvest, and to the seasons.”

A grounded, connected approach is reflected in the name of Meredith’s farm. One Soil, a term coined by Karl Hammer of the Vermont Compost Company, signifies both the physical transformation of waste into fertilizer, as well as the ephemeral nature of our own lives. It’s cited often at Adamah, one of Meredith’s most treasured memories from her time there. “You're walking across the farm and you see people schlepping compost up the hill and someone yells ‘One’ and everybody else yells back ‘Soil,’” she says. “And I kind of think of it as shorthand, (and) a reminder that we're all connected to each other and we're all connected to the land.”

Listen to the story on this episode of Earth Eats.

Music by Kabbalistic Village via SoundCloud CC and Loyalty Freak Music via FreeMusicArchive.