Watch: Many Midwest Farmers Wary Of Changes To NAFTA 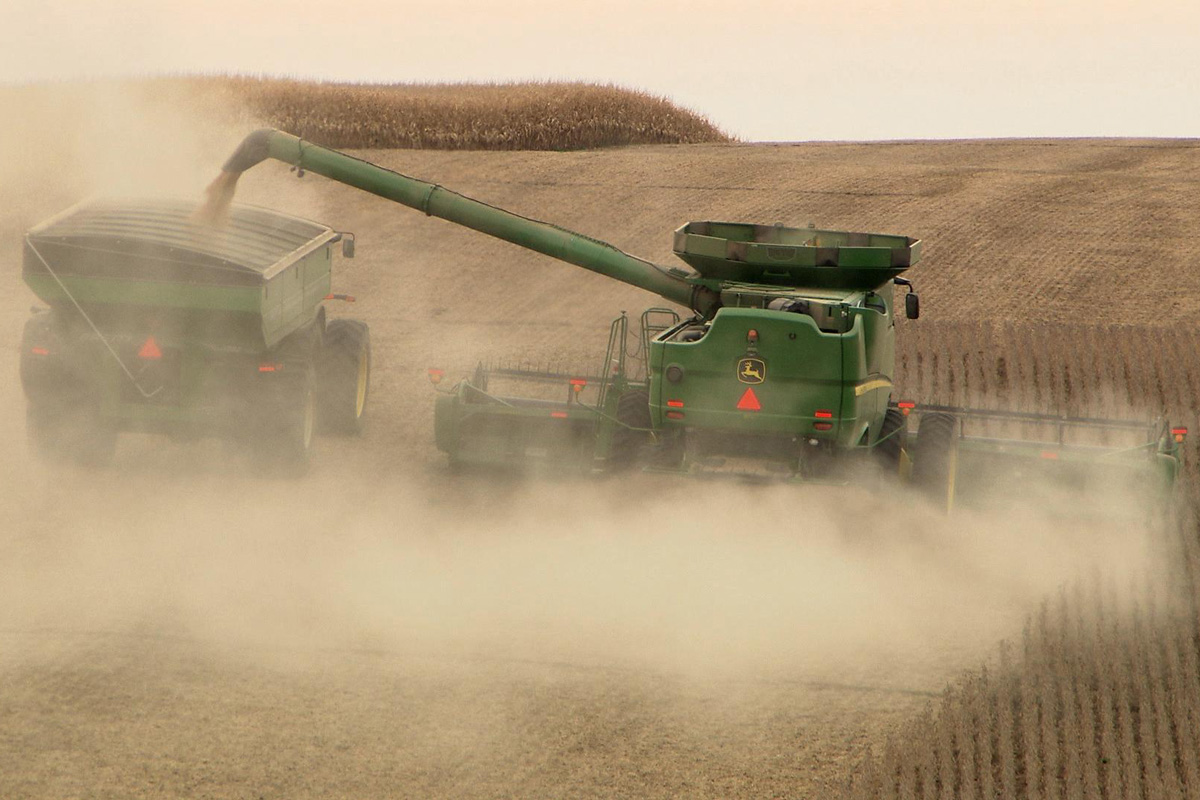 The North American Free Trade Agreement, or NAFTA, has been very good to many Midwest agriculture producers. That’s why many farmers and ranchers are nervous about President Donald Trump’s promise to either completely dismantle, or at least renegotiate, the free-trade agreement between the U.S., Mexico and Canada.

The deal took effect in 1994 and stripped away much of the bureaucratic red tape associated with some unilateral trade agreements. It also provided a reliable market for Midwest commodities like corn, soybeans and beef. Between 2002 and 2015, U.S. exports to Mexico grew by 132 percent, according to the U.S. Department of Agriculture. In Nebraska alone, for example, exports to Mexico – mostly agriculture products – grew by 181 percent during the same period.

Now, with the prospect of the deal being re-worked or even scrapped, some Midwest farmers are wondering why the President wants to mess with what they perceive as a good thing. Confrontational trade policies will not help anyone, they say, and could lead to a dangerous and costly trade war, especially for Midwest farmers.

Economists like Ernie Goss at Creighton University say Midwest producers would likely be among the hardest hit if a trade skirmish develops between the U.S. and Mexico. Already hard-hit by low commodity prices, farmers and ranchers don’t want to see roadblocks, in the form of potential tariffs, from one of their biggest customers.

“I’m fearful of messing with something, that while it might not be the best deal the U.S. can get, it is a pretty good deal,” Goss says.

The Mexican government has indicated it could use corn, the Corn Belt’s staple commodity, as a pressure point in trade negotiations with the U.S. Corn is the country’s top agricultural export to Mexico, worth $2.6 billion in 2016, but the Mexican government is exploring other trading partners for its business.

President Trump sees NAFTA as unbalanced in favor of Mexico and says thousands of American workers have lost their jobs as a result of the trade deal. Mexico’s $63 billion trade surplus with the U.S. in 2015 was good for that country, Trump says, but that kind of trade deficit for the U-S means something needs to be fixed.

The Trump Administration already pulled out of the Trans-Pacific Partnership trade deal, for which many in the agriculture industry publicly stumped.

Some experts, like Brad Lubben at the University of Nebraska-Lincoln, say because NAFTA is more than 20-years-old, it might be a good idea to take a look at the agreement. Lubben says the economy has changed over the past two decades and some terms of NAFTA might be outdated. Some farm groups that represent smaller farmers also say NAFTA unduly benefits large farms.

With Trump now in office, farmers are watching Washington as the new administration builds its trade policy.

Learn more about Midwest producers and NAFTA by watching the video below.