Watch: How Farmers Are Trying To Protect The Soil 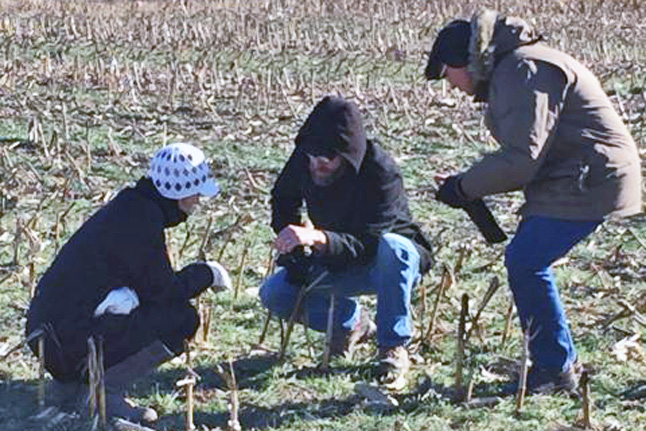 What's old is new again, at least on some Midwest farms.

Winter cover crops have been used by farmers for centuries, but over the last decade or so they have once again started to become more popular.

The idea is to create biomass in fields that would typically be dormant over the winter. Cover crops like vetch, rye, kale and winter peas can grow after a corn harvest, maintaining live roots in the ground on farm fields in an effort to control erosion, preserve moisture in the soil, and to keep damaging chemicals on fields and out of streams.

Recent surveys show that nationwide the share of farmers who have planted cover crops, or plant to, is growing.

Here, however, is the tricky part: It's hard to know exactly when to plant cover crops so they have time to grow without disrupting the farmer's money-making crops, like corn and soybeans.

Researchers at the University of Nebraska-Lincoln hope to solve that timing issue. They're planting cover crops at different times in the fall and using various methods to spread the seed. They say unless farmers are sure cover crops won't reduce yields and aren't tying up important nutrients in the soil, they probably won't be willing to plant them.

Farmers who do plant cover crops are usually looking to the future with hopes that by building good soil, cover crops will pay off in the long run.

For more on cover crop research, see the video below.