Wasabi Is The "Hardest Plant To Grow," Just As Hard To Find 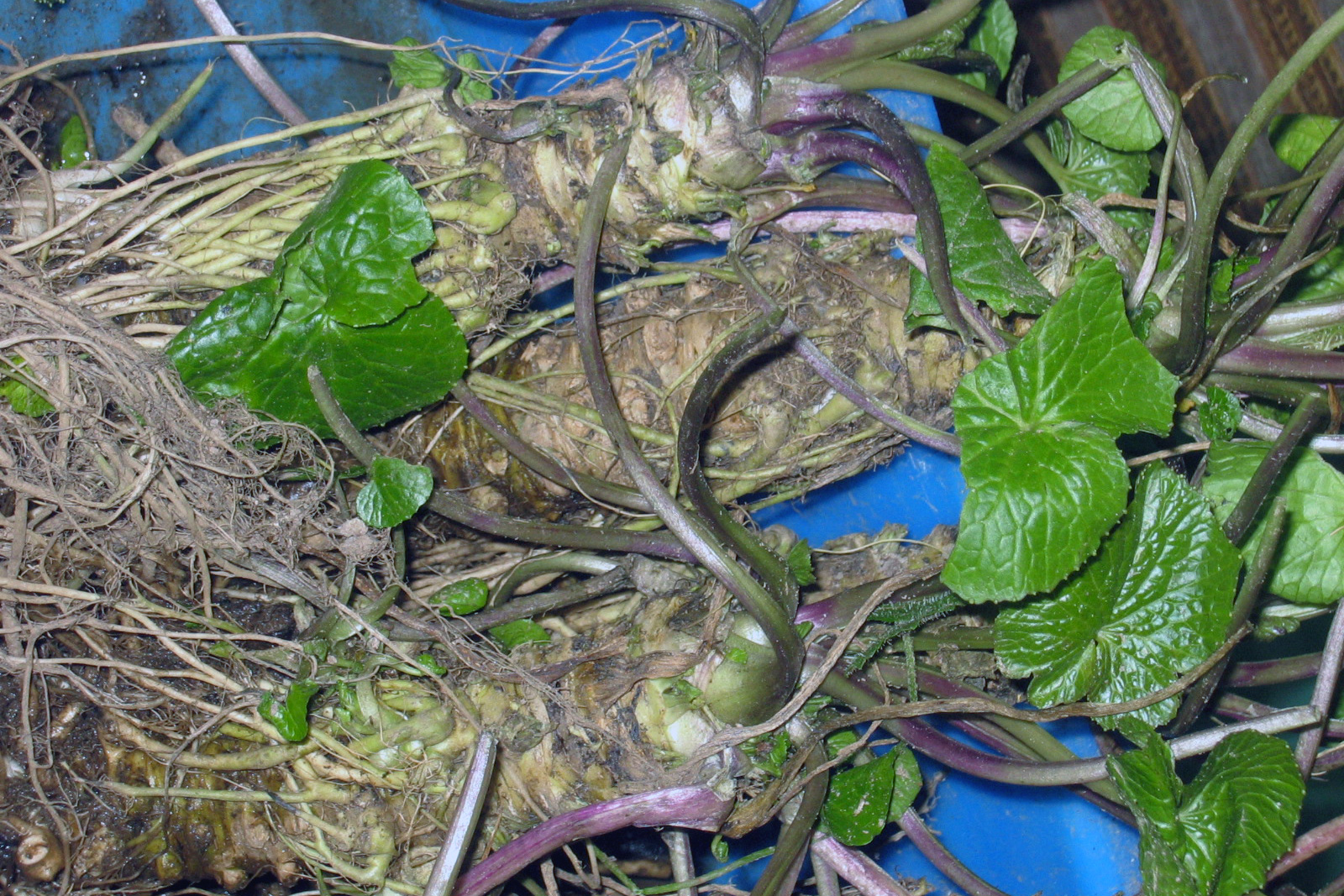 Next time you order wasabi on your sushi, know this: it's almost certainly not real wasabi, unless you've paid a higher-than-normal price for it.

Even though both wasabi and horseradish belong to the Brassicaceae family (also known as the mustard family), the process of growing each is radically different, with many calling wasabi "the hardest plant to grow" commercially.

The Goldilocks Of Plants

Wasabi grows wild exclusively in cold, rocky, freshwater Japanese riverbeds. It's been in Japan since the Edo period (beginning in 1603), with references to the plant dating back to Japanese dictionaries in 794 BCE.

It takes 18 months and tremendous patience to grow wasabi plants. Spring water below 55 degrees or above 64? No chance. Too much or too little sun? Forget about it. Too much humidity or too much of one nutrient? Not going to happen. All of these conditions are fatal to fickle wasabi plants and can eliminate the possibility of a successful crop until the following season.

Because of its very precise needs, wasabi cultivation is a process that's nearly impossible to mechanize. Traditional wasabi harvest methods have been passed down through centuries on farms like Daio Wasabi Farm, recently featured in a video by Great Big Story.

Daio Farms, in Hotaka â€“ an city in the Nagano prefecture â€“ grows wasabi hydroponically on about 15 hectares of land. They have 19 employees who harvest up toÂ 400,000 wasabi plants every year, all by hand. Any larger of a scale and they run the risk of exposing the wasabi plants to disease.

Growing wasabi is hard work but it pays well, and that's enough of a reason for some farmers to try the (nearly) impossible, like Brian Oates of Pacific Coast Wasabi. He spent 30 years developing the first commercial wasabi farm in North America, which now has locations in British Columbia, Michigan, Washington and Oregon.

The PCW website prices their product at $70 for a half pound of wasabi. It's a fair price for a crop that costs $700,000 per acre; a crop whoseÂ demand also far outstrips supply.

Wasabi is also grown in China, Taiwan, New Zealand, Australia, and a handful of farms across North America.

Many often mistake the root as the edible part of the wasabi plant, but it's technically the rhizome -- a stem that sends out roots and shoots from its nodes -- that your palate is after.

The flavor is extremely volatile and strongest in the first few minutes after exposure to air. It's described as less spicy than imitation wasabi but similarly sharp. The plant's rhizome is grated as needed with a Japanese grater called an oroshingane to produce a green paste. (Don't have an orosingane? A sharkskin grater would work as wellâ€¦ okay, a ceramic one is fine, too).

The long, heart-shaped leaves of the wasabi plant are called petioles and are also edible raw, pickled or fried into chips.

Wasabi produces a suite of biomedically active molecules called isothiocyanates (ITCs). ITCs inhibit microbe and carcinogen growth,Â so much of the health-related research on wasabi has focused on the attributes of these ITCs. But because wasabi is so hard to cultivate, there are only a handful of studies that research how ITCs affect the human body.

Many companies â€“ like PCW â€“ market wasabi as a nutraceutical and sell it in capsule form or freeze-dried. Their website cites studies to support their medicinal property claims.