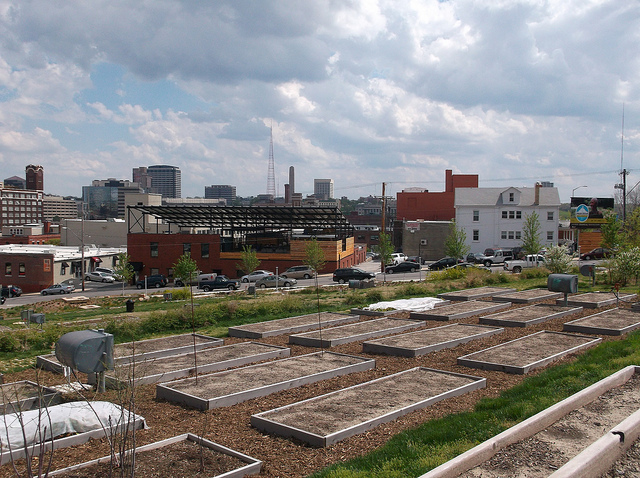 Given the emptiness their name implies, vacant lots can certainly turn a lot of heads.

A collaborative report by NPR's The Salt and The Food & Environment Reporting Network details simultaneous â€“ and sometimes conflicting â€“ interests in vacant lots, particularly among community gardeners and developers, in low-income urban neighborhoods across the country.

For example, in low-income Brooklyn neighborhood Brownsville, roughly 12 acres of public land are classified as "vacant." Functioning community gardens and farms, which often provide a source of fresh produce in an area where food resources are lacking, occupy some of that "vacant" land.

As the article details, the problem often starts with the definition of "vacant." City governments can still label lots as vacant, even if they are occupied by a community farm or garden, leaving them vulnerable to development.

But not all development is unwanted. Some of the development in Brownsville's community gardens is slated for affordable housing in the community. A recently completed development plan for Brownsville would add 2,500 affordable units to the neighborhood, built on dozens of those vacant lots.

In addition to the problem of the term "vacant," people using vacant land for agriculture don't have a voice in its fate.

In December 2017, the New York City Council unanimously passed the city's first-ever urban agriculture policy bill, giving neighborhood residents, farmers, and gardeners a say in how "vacant" lots are developed. And there are numerous examples of collaboration between affordable housing developments and community gardens.

The article cites a report by the Brookings Institute that found on average, fifteen percent of a city's land is deemed vacant. There is no data to support how much of that is actually in use as a local agricultural resource, or who gets a say in how it will be used.