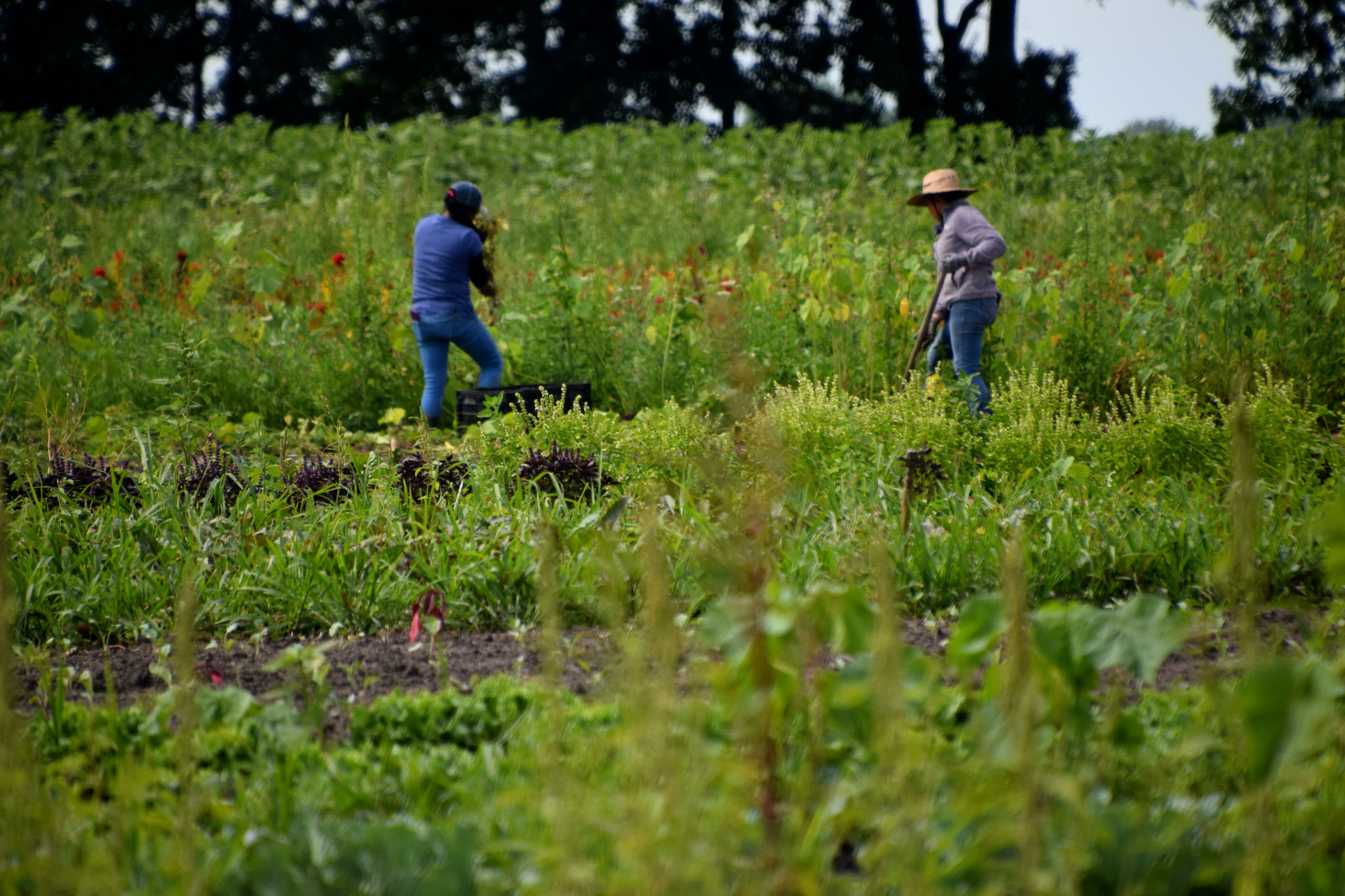 Despite rampant infection rates in farm communities, only eight states, including Washington, California and New Mexico, have mandated protections for farmworkers such as testing, hand-washing stations, social distancing and education. The federal government has declined to require those measures. (Tony Alter/flickr)

Politico analyzed a sample of counties across U.S. states and found that infection rates are disproportionately high in farm communities.

Most states are not collecting data on the number of infections among farm workers.

As harvest season continues in many states, infection rates in those counties have been rising steadily for several weeks.

The USDA estimates about half are undocumented.

Advocates say fear of getting fired or turned over to authorities keeps many workers from taking any time off when they get sick, which worsens infection rates.

As Bloomberg reported in July, migrant workers have filed whistleblower complaints for being fired for seeking treatment for COVID-19 symptoms at hospitals, with some employers reporting their workers to immigration authorities.

The Food and Environment Reporting Network says that up to 57,000 workers across the food system, including 6.700 farmworkers, have tested positive for coronavirus.

Those numbers only reflect known cases, and advocates say a lack of testing means real numbers are certainly much higher.

The Centers for Disease Control in June issued safety guidelines that included taking workers’ temperatures, working at a distance, and grouping workers into cohorts to help contain outbreaks.

But the Labor Department declined to make those rules binding, and voluntary use of safety measures has reportedly been weak.

A report from Johns Hopkins University in July found that the rate of infections across the country is highest for Latinos, with 73 cases per 10,000 people, compared to a rate for white people of 23 per 10,000 people.

The rate of hospitalizations for Latinos in the U.S. is more than triple that of white people.