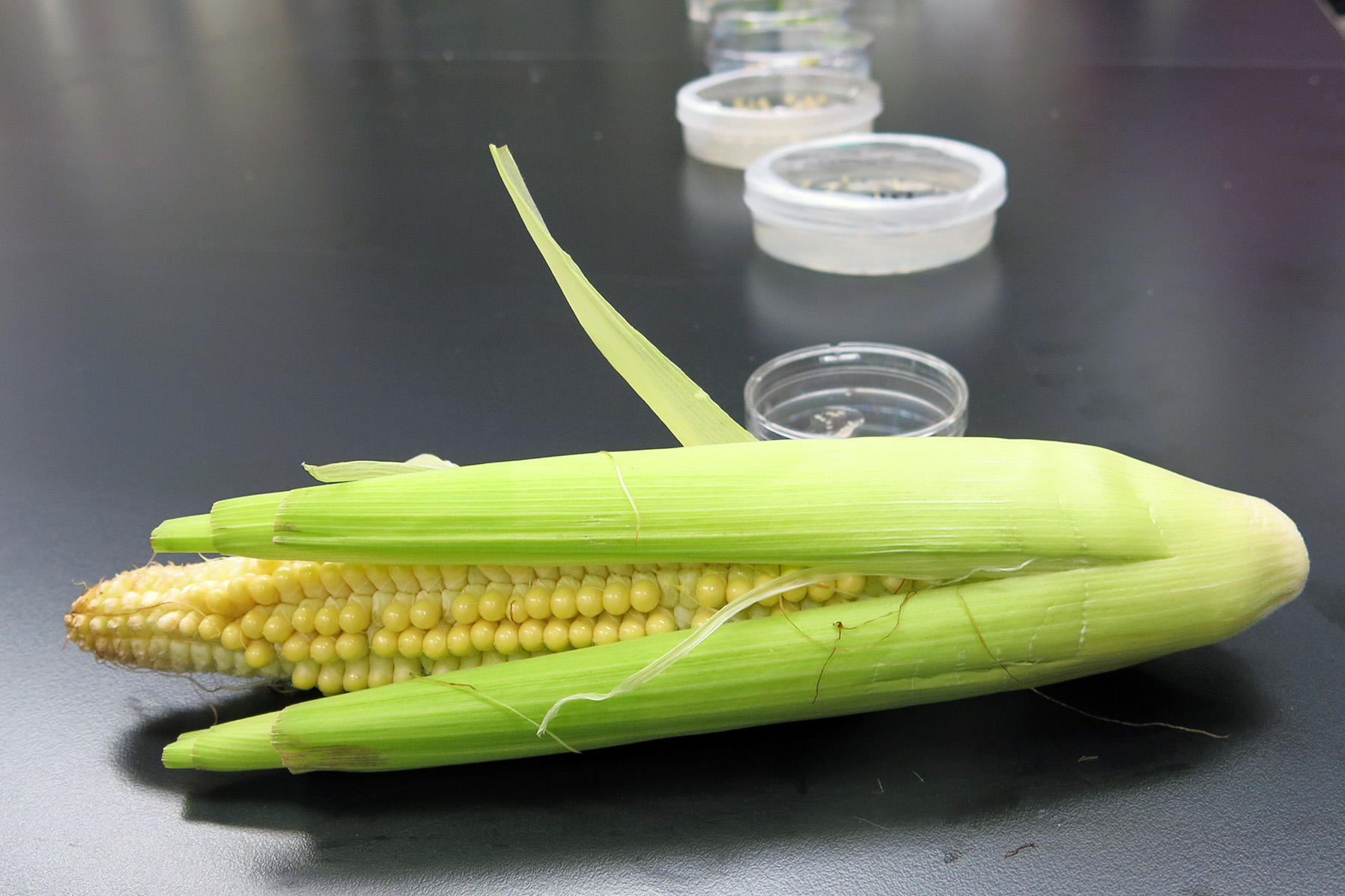 In this series, Harvest Public Media reporters attempt answer your questions about the 2016 presidential election.

Let's start with using biotechnology on the farm. Here, we're mostly talking about the use of genetic modification and engineering of seeds to achieve certain outcomes. These genetically engineered seeds, commonly called GMOs, span a wide range. Some on the market are capable of withstanding applications of an herbicide. Others are engineered to produce their own insecticide. Recently introduced varieties of mushrooms, potatoes and apples are engineered to resist browning and bruising.

Clinton has made comments in favor of GMOs. “I stand in favor of using seeds and products that have a proven track record. There's a big gap between what the facts are and what perceptions are,” she said during a 2014 convention for the Biotechnology Industry Organization.

There's much less material to go off of to establish Republican nominee Donald Trump's views on biotechnology in agriculture. The Iowa Farm Bureau asked candidates during the Republican presidential primary if they “supported the use of biotechnology in food products and oppose efforts to require mandatory labeling for foods simply because they contain ingredients derived from biotechnology?” Trump responded, “Yes.”

The candidates have also been asked about GMO labeling, one of the more heated policy discussions in the past few years in the biotech arena. A 2016 federal law will require all food makers to label their foods as containing derivatives of genetically-modified crops with either text right on the package or a QR code that leads consumers to more information about the food, including whether or not it contains ingredients -- like oils and syrups -- derived from GMO crops. The U.S. Department of Agriculture is currently creating rules for GMO labels, and might not be wrapped up with that process before the next administration.

At a 2015 town hall meeting in Iowa, Clinton said she supported USDA Secretary Tom Vilsack's efforts to pass a labeling law. “What he's trying to do is get states and advocates and agriculture interests all at the same table to say, 'Look, there's a right to know.' You should be able to have the information that you can make your judgement about,” Clinton told supporters. Clinton also supported the use of GMOs in the developing world, saying poor farmers are begging for higher-yielding crops to combat hunger.

Again, it is difficult to find information on Trump's views on GMO labeling. As noted above, Trump did tell the Iowa Farm Bureau that he opposed “efforts to require mandatory labeling for foods simply because they contain ingredients derived from biotechnology.”