Take A Dive Into The NC State Archives 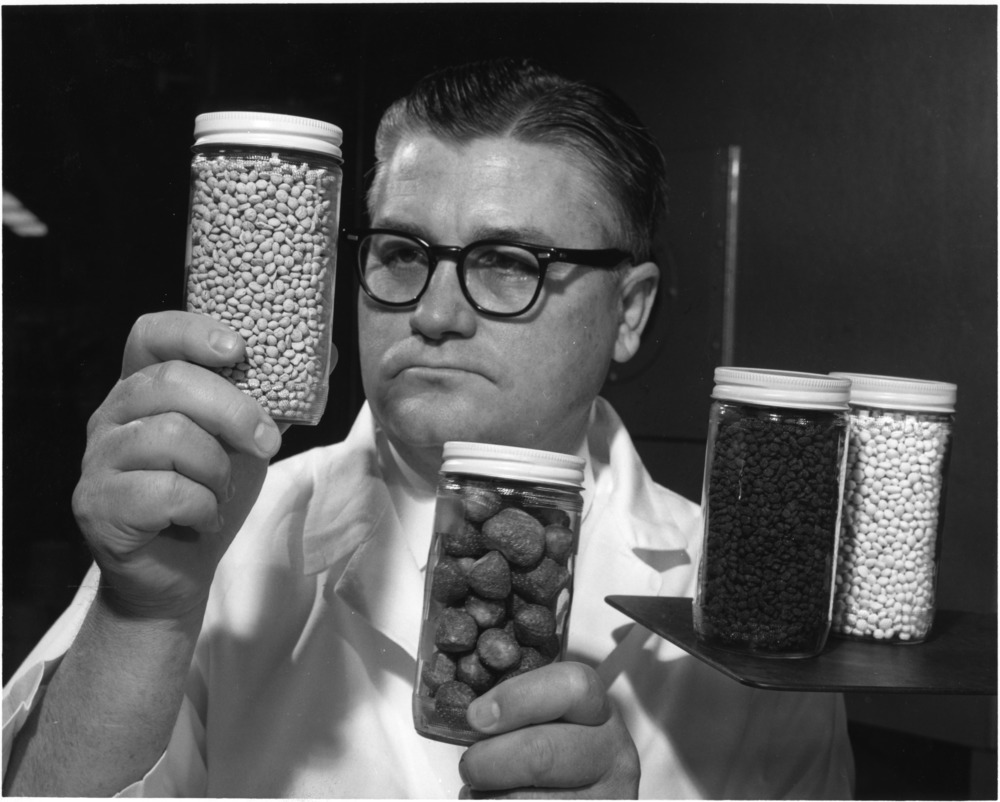 NC State has a long and varied history of agricultural and food research, with programs in everything from poultry science to feed mill management to sustainable food systems. As one example of how this translates to our kitchens, about 50% of the U.S.’s sweet potato is produced in North Carolina. NC State supports this industry by researching everything to do with the root vegetable, like pest prevention, processing technology, and micropropagation. There’s even research into creating ethanol with quote “industrial sweet potatoes”.

Archivists Todd Kosmerick and Virginia Ferris are with the Special Collections Research Centerat NC State, where they work with units all over campus to identify and preserve historically valuable records and documents. And here, a big part of the historical record is related to farming and foods.

The North Carolina Cooperative Extension Service was established in 1914 and around the same time, Jane McKimmon was hired in to lead a statewide Home Demonstration program.These home demonstration projects aimed to provide services to rural women and girls throughout the state. In the 1910s and 1920s, home canning was what Ferris calls “a new and emerging technology”, and people like McKimmon put that technology directly into the hands of rural women. During this period of segregation, Ferris notes, Dazelle Foster Lowe ran an analogous program at the African American land grant college North Carolina A&T State University, with decidedly less resources at her disposal.

The self-stated goal of Agricultural Science and Extension at NC State was to use science to improve lives. And Food Science would have a part in that goal as well. In the process of developing plentiful new methods for creating and distributing foods, NC State researchers started to come up with all sorts of unusual things. Dr. Maurice Hoover began at NC State around the same time Food Science was becoming an established field of study. His ultimate goal was to create a food processing industry in North Carolina, and food dehydration was his process of choice. The archival records describe his experimentations with vegan-friendly sounding treats - peanut cheese, sweet potato chips, fruit pellets, and something called a soy antilog.

Another big figure was Dr. Walton Gregory, a crop scientist who created something called the atomic peanut, a peanut irradiated by x-rays. Though this experiment wasn’t especially long-lasting, some crops did survive and propagate. In the early 1960s, Lady Bird Johnson got a chance to try an atomic peanut at NC State. Dr. Gregory was part of a larger trend of experimenting with atomic energy and farming in the 1950s and 1960s. There was even a national group called the Atomic Gardening Society. Eventually, however, he came to realize that the publicity the product brought in was more substantial than its usefulness, and he and others moved on to other methods of plant breeding.

Through these far-fetched experimentations, we see a through-line of grounded work. And Kosmerick notes that it’s not too dissimilar to current experiments that sometimes fail, and other times lead to lasting advances. As Kosmerick and Ferris’s colleague Nicky Andrews put it, even our current food landscape has some similarities to the space age, atomic-tinged era of novelty. “Go on Instagram, and find hundreds of pictures of Soylent or charcoal lattes,” she says. We are still, as people or nutritionists or food engineers, trying to find the perfect food.”