A Surplus Of Meat And Dairy Puts A Strain On U.S. Markets And Storage 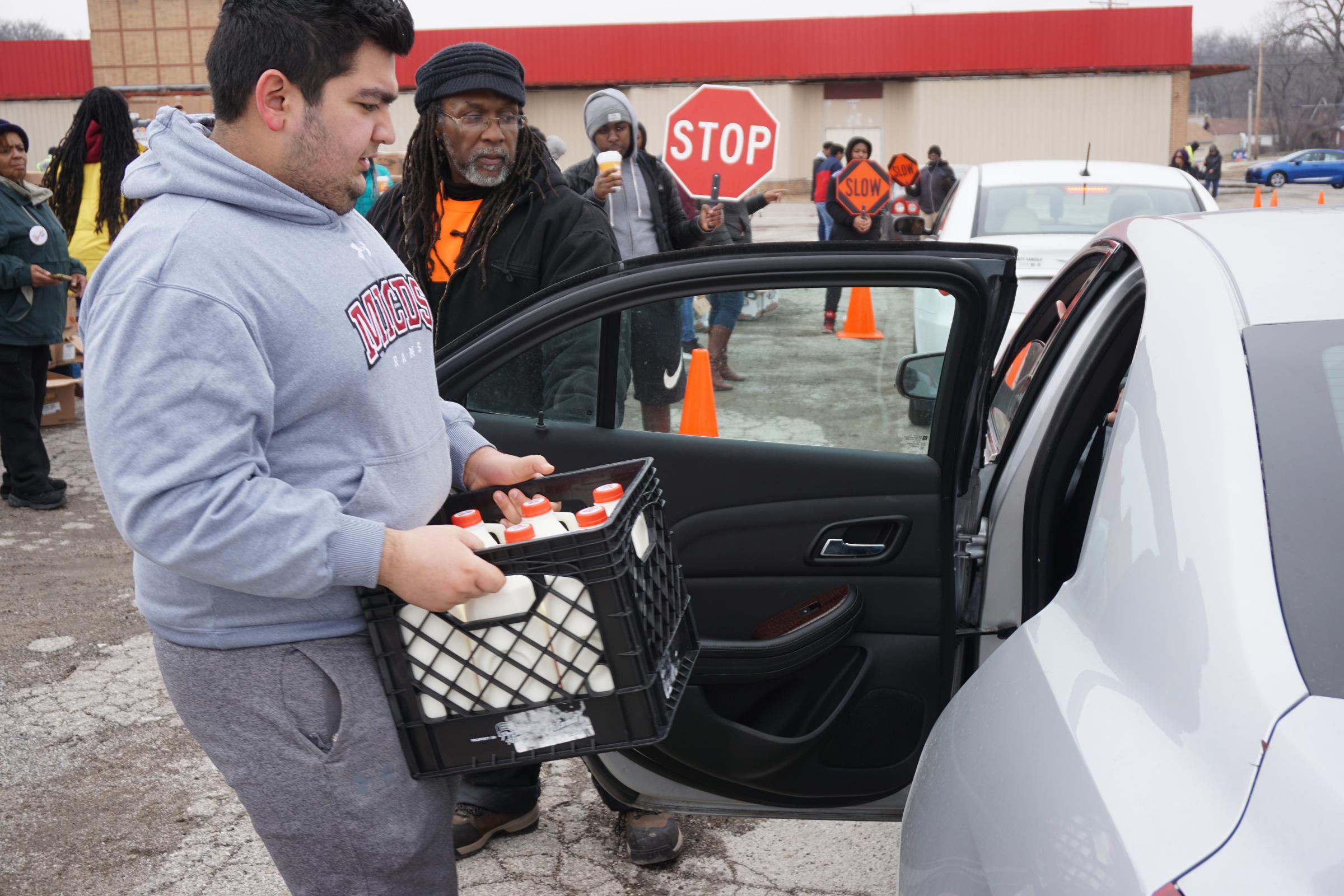 Meat and dairy are piling up across the U.S. It has cold storage places packed to the rafters, and the federal government, which subsidizes the agriculture industry, looking for ways to alleviate the problem, at least in the short-term.

A combination of factors have led to this: increased production, flat demand despite near-record consumption of milk and cheese and trade issues. And in the long run, it's unclear whether market forces will get production in line with demand.

The facilities he represents are at 86 percent capacity, he said, adding, â€œIn our space, anywhere from 82 to 90 is considered full. There's significantly high capacity and very little space available out there.â€

The market is unfazed

According to the U.S. Department of Agriculture, the average American is projected to eat 220 pounds of meat and consume more than 200 pounds of milk and cheese this year. That's near the records set in 2007, right before the recession.

Production never stopped, though. It increased, despite the fact that demand is only now returning to pre-recession levels. On top of that, prices are low and the meatpacking and dairy sectors are increasingly efficient.

Bill Roenigk, an agricultural economist who works for several meat companies and trade groups, said producers are really only looking at one thing - the bottom line.

On the dairy side, Roenigk said government subsidies and increasing demand for cheese is propping up a business that is seeing milk demand slide.

â€œI don't think companies are overly panicked when you ask them, is there too much meat and poultry out there,â€ Roenigk said. â€œI think most companies are in a position to manage any kind of adjustments that need to come.â€

Other industry analysts say the situation is unsustainable. Production has been outpacing demand for long enough that a breaking point is coming, University of Missouri ag economist Scott Brown said.

â€œIt is sending the signal to the supply side of these industries to at least slow the growth that we have seen in the last few years,â€ Brown said. â€œSo as I look ahead to 2019 and 2020 in particular, it seems like we are going to find a little better balance.â€

Chicken and pork are the industries most likely to nimbly change, Brown said, as chickens and pigs reach slaughtering age much quicker than cows. It'll take the beef industry longer to curtail production.

Brown also said trade issues may be the wild card, such as the Trump administration's tariffs on chicken and the changes to the North American Free Trade Agreement that has reduced exports to markets, including China and Mexico.

The extra meat and dairy has helped one segment: Food banks and the people they serve.

The St. Louis Area Foodbank recently received so much additional milk that they scheduled an extra distribution day to hand out half-gallon jugs of whole milk to more than 100 cars lined up in a vacant parking lot.

â€œIt's a blessing to us,â€ said Lenora Gooden, Director of Operations for the St. Louis Area Food Bank. â€œBecause it's milk, and the stuff that can go bad quickly, that we don't have to purchase. Because we don't get it donated so much, in these quantities.â€

Gooden said the food bank is scheduled to get a similar delivery of meat in April.

â€œWe'll take whatever they can give us. We just get a little more creative in how we distribute it,â€ Gooden said.

Not to mention, there's been some relief to the food pileup. China has had to kill millions of hogs due to an outbreak of African swine fever, leading the country to buy 23,000 tons of U.S. pork despite a 62 percent tariff. That's meat that would have otherwise gone into cold storage or to food banks.