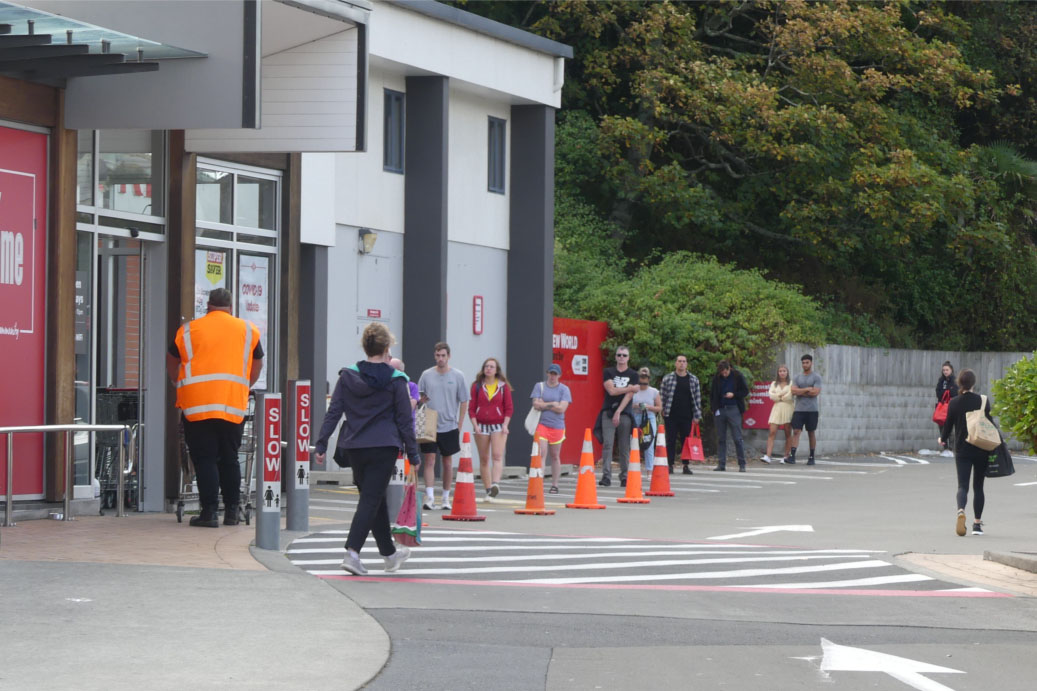 Grocery stores across the country have been a hotspot for potential infection as shoppers struggle to maintain distance at essential businesses. (Alan Tennyson/Wikimedia Commons)

Supermarket juggernauts like Kroger, Giant Food, Safeway, Walmart, BJ’s, and Hy-Vee have started to ramp up their social distancing efforts to keep customers from passing the novel coronavirus from person to person in stores.

Many have imposed more restrictions on store capacity, such as Kroger’s pledge on Monday to limit occupancy to 50 percent of each building’s capacity nationwide.

Many stores are also turning aisles into one-way paths to keep people from shuffling past each other in close quarters.

In a release, Kroger said it would use scanning technology to track the capacity.

Giant Foods has announced one-way traffic and a capacity limit of 20 percent was implemented on Thursday, April 9.

A Giant Foods employee in Largo, Maryland died last weekend, but the company would not say if new distancing measures were related to the incident.

Walmart has launched one-way movement through some of its stores with direction markers outlined on the floor.

Some areas have been ahead of the trend. Colorado governor Jared Polis on March 24 wrote a letter to chains King Soopers and Safeway urging stronger social distancing measures.

Those stores implemented barriers for cashiers and 6-foot markers at checkout lines the next day.

Keeping social distance at grocery stores has proved to be a major challenge amid stay-in-place orders and restrictions on non-essential outings.

With restaurants and other stores shuttered, grocery shopping has emerged as a hotspot for risk of exposure to the virus.

In New York City, the use of capacity restrictions and traffic-routing measures has been inconsistent.

Many smaller stores with narrow aisles have posted personnel at doors and marked lines in chalk to keep entry queues spaced out. But many larger stores, still compact by box-store standards, have not put such measures in place.

Some have been using shield guards in front of cashiers for weeks, and have regular announcements over loudspeaker to remind customers to maintain distance.

As reported in Politico, residents of the densely populated city have had difficulty keeping social distance, and the few open businesses struggle to police their customers on staying apart.

Politico’s analysis found that Brooklyn had the highest number of social distance complaints against businesses in the city.

Retail outlets in compact Manhattan tend to be much smaller than in the rest of the country, with supermarket and drugstore aisles narrower than their counterparts elsewhere.