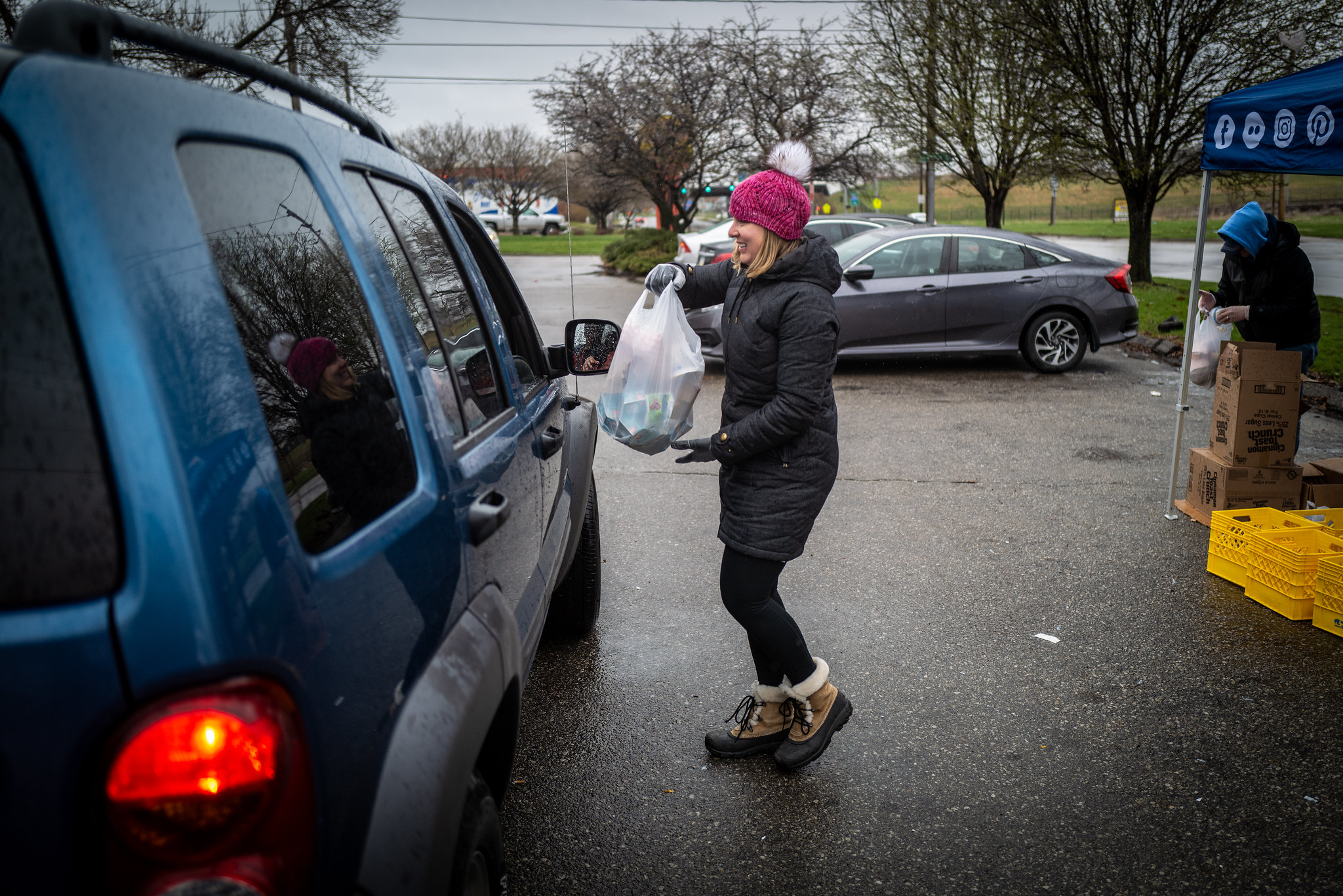 School staff and volunteers in Des Moines, Iowa, distribute meals to students during lockdown in April. The switch to remote delivery of prepared school meals has raised questions about how to maintain nutrition standards. (Phil Roeder/flickr)

The end of summer has intensified debate and concern about the reopening of schools this fall, as districts grapple with safety and logistics puzzles, including how to deliver school meals to students in need.

The move to distribute meals by delivery or pickup has come with a push to relax nutrition standards set up under the Obama administration.

In a new study, Harvard researchers found that the Healthy, Hunger-Free Kids Act of 2010 had a significant effect on child obesity for kids who face higher risks due to poverty.

The program boosted nutrition standards for meals and beverages provided through the National School Lunch, Breakfast, and Smart Snacks programs.

Over the past few years, the Trump administration tried to roll back key provisions of that law, such as whole grain requirements and reduced sodium limits.

But a federal court struck down that move.

The study linked the standards with a 47% decline in obesity in 2018 compared to what would have been expected without the changes, among children living in poverty.

Before the changes took place, the risk of obesity in the highest risk population had been climbing steeply each year, but after the law took effect, rates started declining annually.

Lead author Erica Kenney, assistant professor of public health nutrition in the Departments of Nutrition and Social and Behavioral Sciences, said improvements in school lunch nutrition are helping to protect the health of children from low-income families that rely on school meals.

“Based on our study, as well as research that USDA and other researchers have conducted showing improvements in diet, the improved school meals standards have been a great public health success story,” she said in a Harvard release.

Changes To School Meals Have Made Low-Income Kids Healthier. Will They Last? (Civil Eats)